In 2019, 491.6 thousand Volkswagen light commercial vehicles were sold worldwide. This is only 1.6% less than in 2018. European markets showed slight growth, which could not compensate for the economic crisis in the Middle East, South America and Australia.

Eastern Europe
As for the East European market, here sales of Volkswagen commercial vehicles showed a record growth of 8.8% – up to 47,600 units. 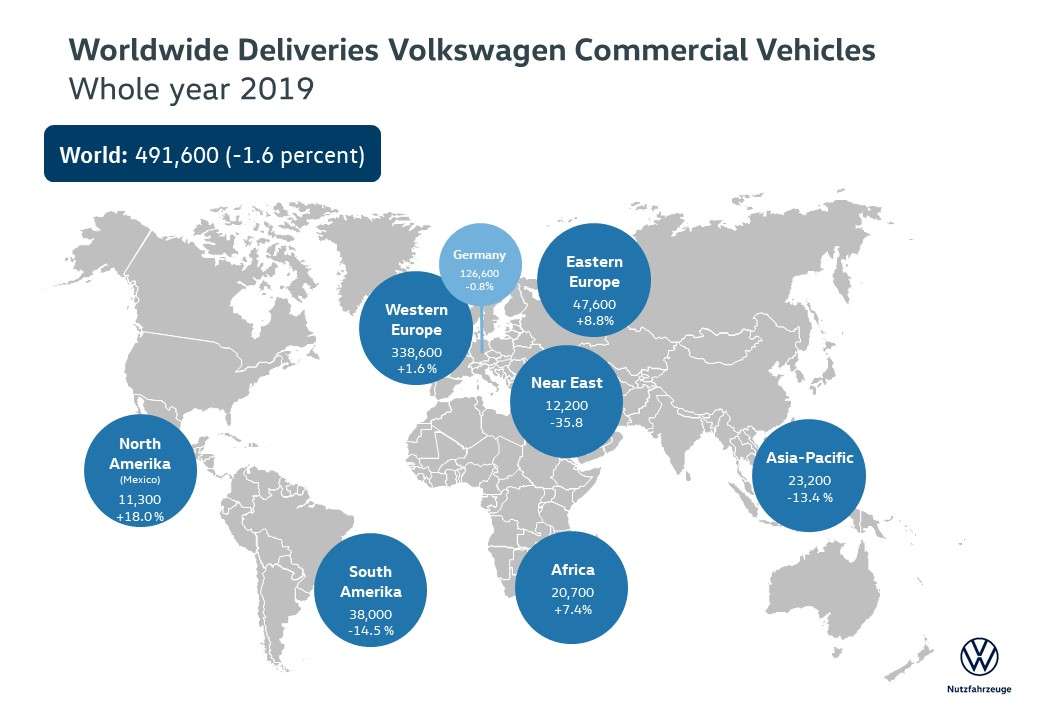 Africa and Asia Pacific
The African continent showed 7.4 percent sales growth of 20,700 units. But in the Asia-Pacific region there was a decline of 13.4% – 23,200 units, which is due to the economic recession and natural disasters in Australia.

Near East
The difficult geopolitical situation in this region affected the sales of Volkswagen commercial vehicles, which fell by 35.8% to 12,200 units. The situation in Turkey looks especially sad – 9,500 units. (- 42.2%), although a year earlier there were sold 16,450 units.

Most popular models
Volkswagen’s best-selling commercial vehicles in 2019 are T-series models. True, the indicators in 192 455 units. by 4.8% and inferior to last year. The sale of the popular “pie” Caddy slightly decreased – 155,136 units. (- 1.8%). Apparently, many buyers are waiting for the appearance of a new generation model, the debut of which is scheduled for February 2020. 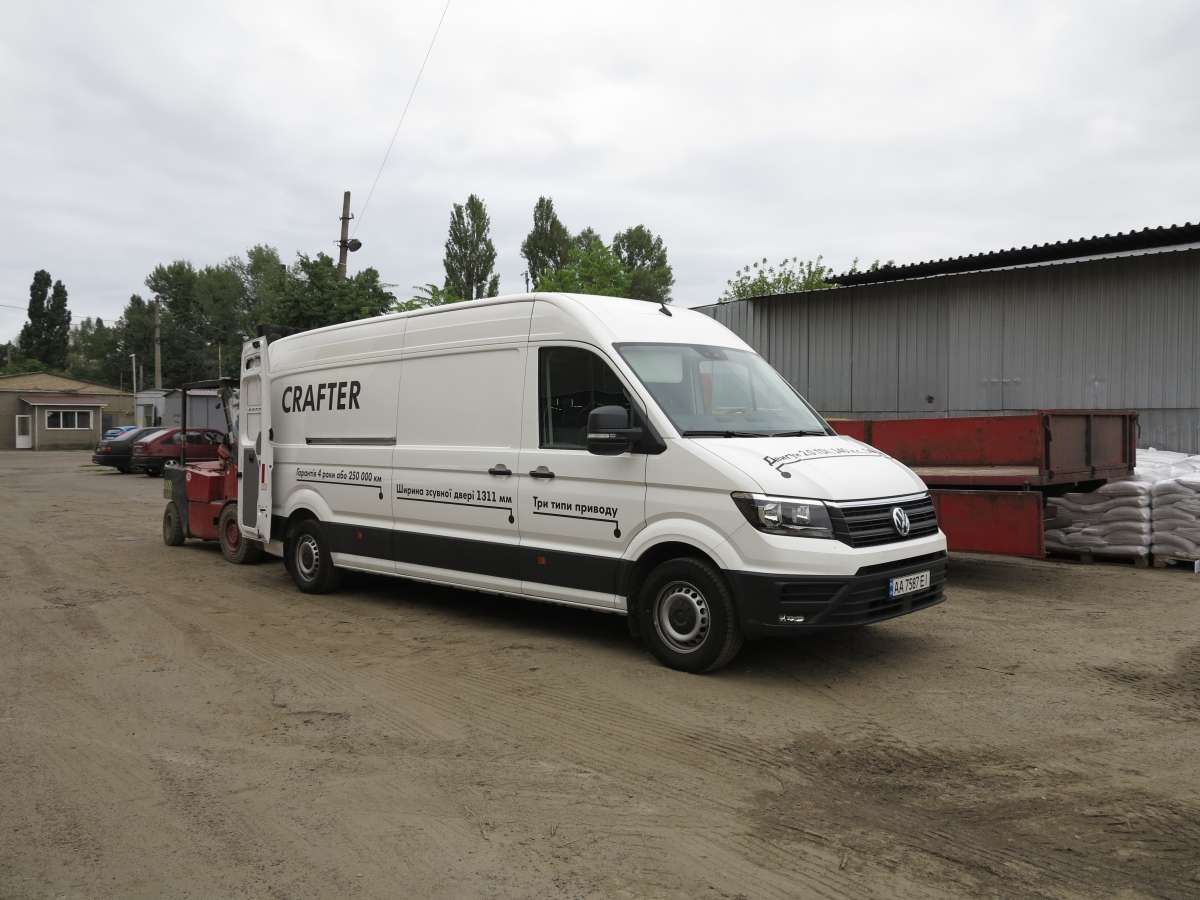 As for Amarok pickups, their sales decreased by 10.4%, due to the crisis in the aforementioned markets. Nevertheless, 72 513 cars of this model sold around the world. The most positive light delivery model of the brand was its most lifting representative, Volkswagen Crafter. Sales of these machines rose 21.4% to 70,974 units.

OSAGO policies will begin to draw up on new forms & nbsp

The revolution is canceled: Tesla Supercharger will appear in Ukraine no earlier than 2022

Ecology will not affect gas cars