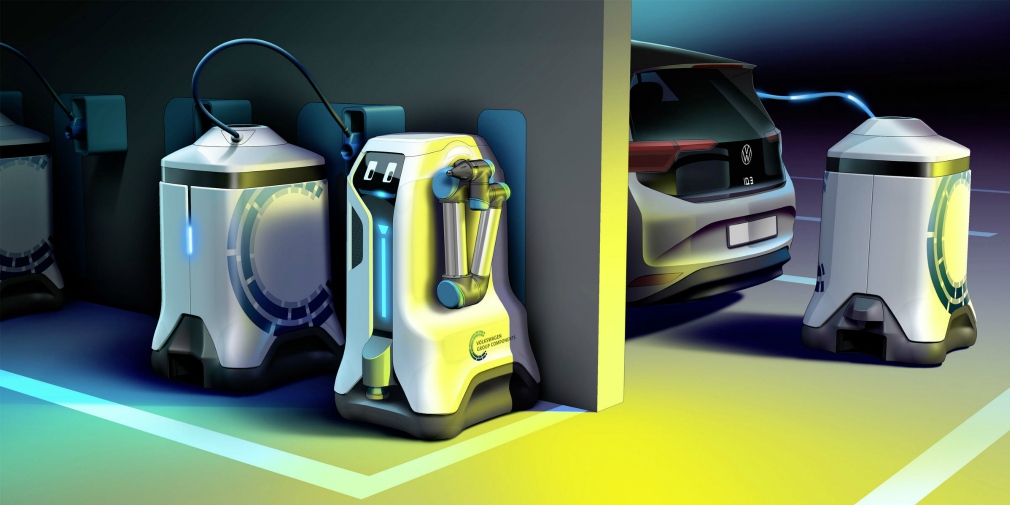 Volkswagen has developed a new conceptual system with a robot that can autonomously replenish the energy reserves of electric vehicles. Thanks to technology, each parking lot can be turned into a large charging station.

The mobile charging complex consists of two modules: the robot itself and a mobile device with batteries. The system works as follows: the driver arrives at the parking lot and calls the robot using a mobile application. The latter independently opens the charging port and connects the cable, connecting it to an energy source. Then he does the exact same procedure with other cars that need recharging.

A station with 360 kW batteries will be able to recharge up to 15 electric vehicles, four of which will be able to replenish the battery at the same time. Charging time for one car thanks to a special system will be about 17 minutes.