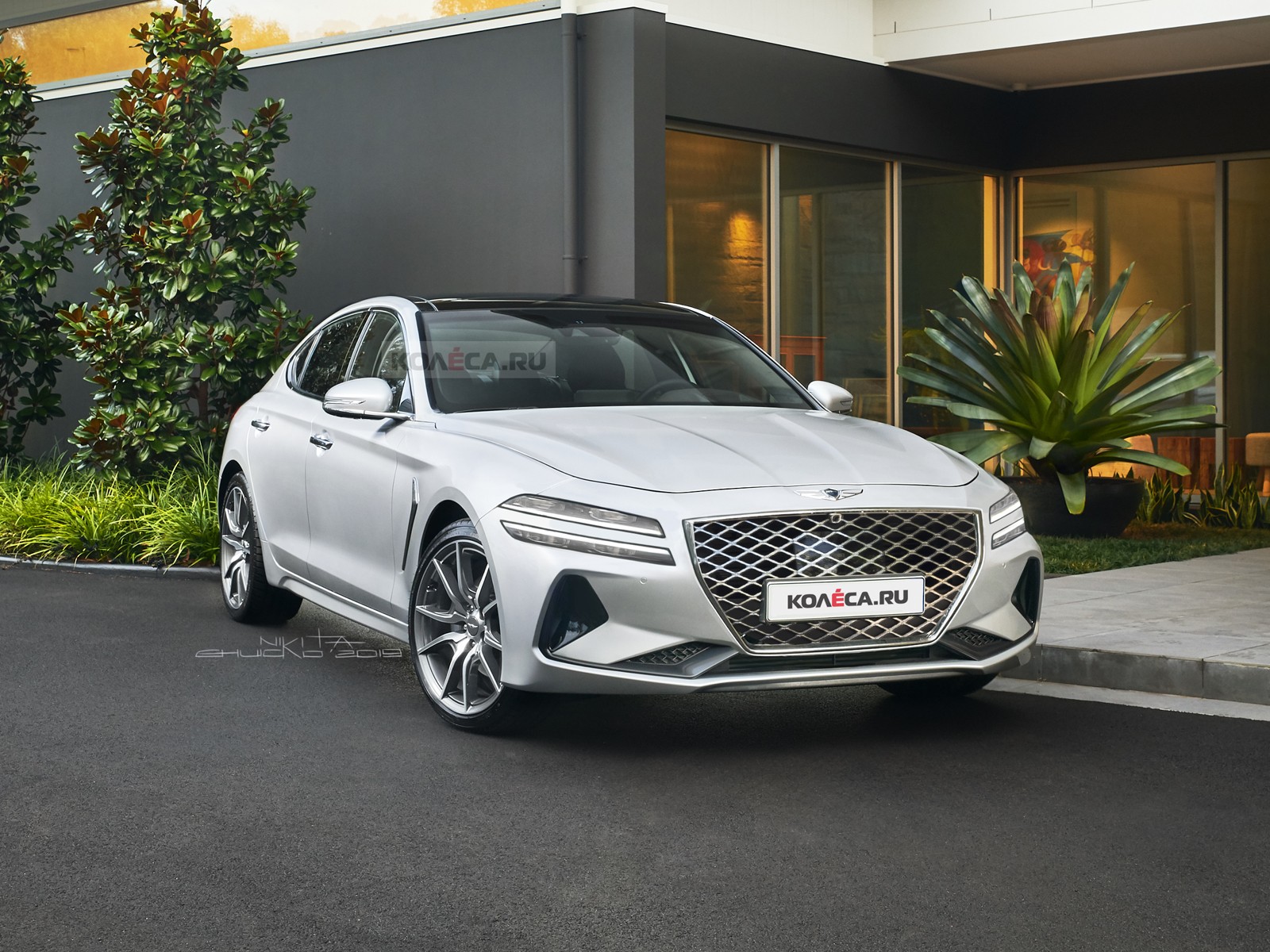 
The Korean premium sedan was introduced to the South Korean market in 2017, in 2018 it appeared in the United States, and then in other markets, including the Russian one. Judging by the spy photos, the model has to be significantly updated externally. The G70 will be brought into line with the new corporate identity of the brand, which is already implemented in the executive sedan G90, and in the future, the next generation G80 and brand crossovers will be made in accordance with it. A “two-story” optics will appear in front, its shape is still hidden under a thick layer of camouflage, on our render – one of the possible options. The radiator grill will get a different filling and, most likely, will increase slightly in size.

Noticeably, the car will change at the rear, where a new optics will also appear, consisting of a pair of horizontal blocks. In each of the blocks, as can be seen in the spy photos, C-shaped LED strips of marker lights will be made. Another significant difference from the current sedan is that the license plate niche will move from the trunk lid to the rear bumper.

The premiere of the restyled G70 is expected next year.

Recall, recently published photos of the new Genesis GV80 crossover without camouflage, there is also a photo of the interior.

What does the bureaucracy of purchasing electric cars in financial leasing entail?
Do you want your company to influence the business
00

Opel, a fine of 65 million euros for the emissions of its diesel engines
The Opel brand, now part of the Stellantis group, has
00

BMW 520d Touring xDrive model 2021. Test drive with the most family-friendly BMW!
Usually, you buy a BMW because you want to enjoy top
00

Goodbye, Nissan Leaf! The hatchback turns into a crossover coupe.
The Japanese are preparing to change the most famous
01