The expeditionary Loaf was equipped with a special roof rack, a ladder on the tailgate and steel rims shod with BFGoodrich All-Terrain tires

UAZ company began selling a special version of the UAZ SGR model, which is known as the “Loaf”, especially for driving on heavy terrain. According to the press service of the Russian company, a car performed by the Expedition costs at least 974,900 rubles.

The novelty is built on the basis of the seven-seater configuration “Combi”. The car is equipped with a 2.7-liter four-cylinder gasoline engine. The power of the unit is 112 liters. from. and 198 Nm of torque. The engine works in conjunction with a five-speed manual gearbox. The driver has access to a system of all-wheel drive. Also, the car received a model equipped with continuous spicer axles with forced locking of the rear differential.

The expeditionary Loaf was equipped with a special roof rack, a ladder on the tailgate and steel rims shod with BFGoodrich All-Terrain tires. The car has a new bumper with towing hinges, and the rear with a spare wheel holder and a tow hitch. In turn, the tubular protection protects the steering rods from mechanical stress. 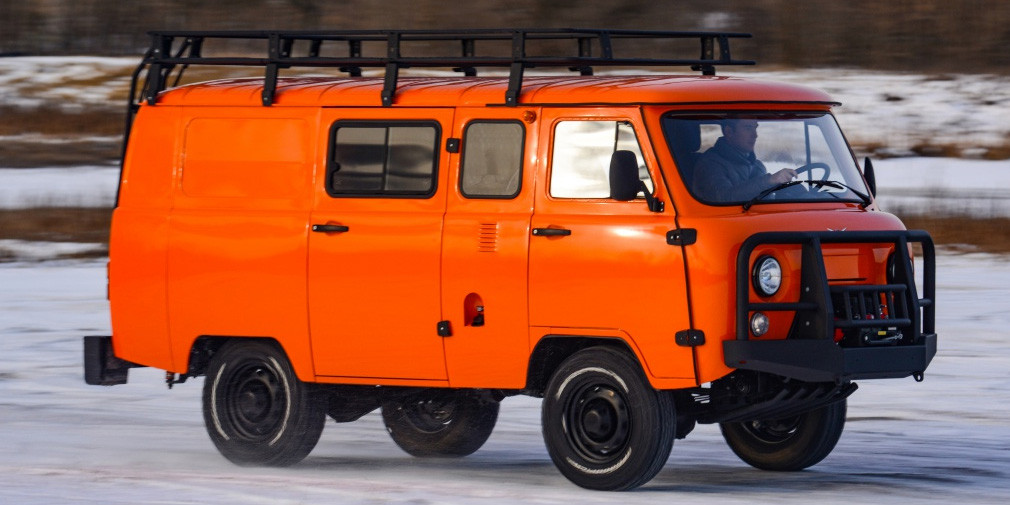 Mazda made a new pickup truck