Due to the suddenly collapsed СOVID-19 pandemic, many are trying to do something useful in quarantine. And for this, the Scout Olympic modular camper, released by the American company Adventurer Manufacturing, may be perfect.

It is made of composite materials on an aluminum frame and weighs only 514 kg, so it can be easily installed in a full-size pickup truck, such as, for example, Toyota Tundra.

One of the features of removable RV-class campers is that they blur the line between comfort and wildlife. In them, taking advantage of the benefits of civilization, vacationers really enjoy the fresh air, and do not sit in a luxury room on wheels. And an example is Scout Olympic.

Instead of a standard kitchen unit with stationary equipment, Scout offers a universal stand. At the top is a rectangular stainless steel sink. Near the wall hangs a 20-liter LifeSaver Jerrycan water tank with a hose and a spray at the end – it is used as a tap, and the water from the sink drains just out. 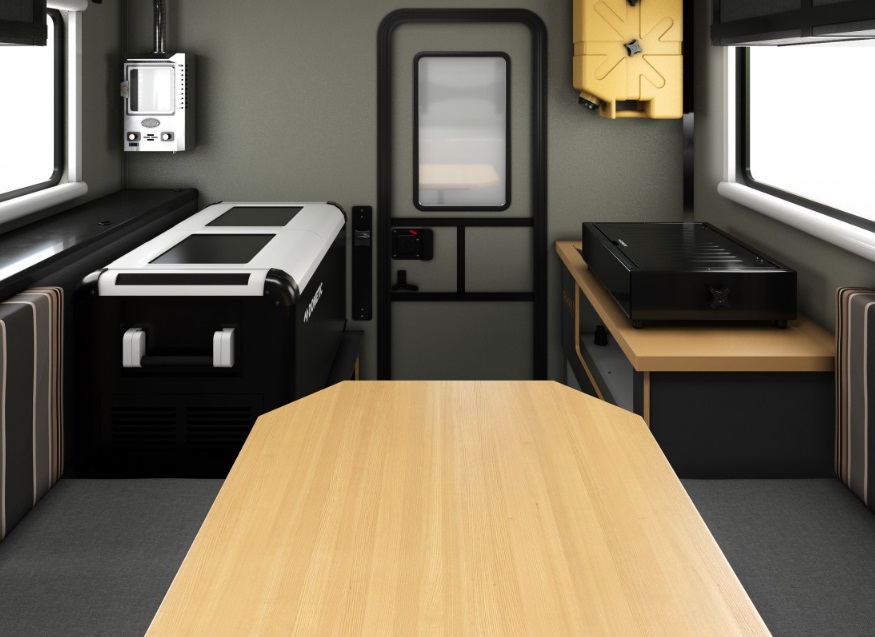 It is interesting that the tank itself filters the water, purifying it from bacteria and viruses and thereby allowing it to replenish its reserves from rivers and lakes. As an option, a compact gas stove with two burners is offered, which can also be used outdoors. You can also install a Dometic portable grill and use it outdoors.

The Dometic CFX3 75-liter refrigerator, which can be used outside the camper with the Goal Zero Yeti 1000 portable power station with a 98 Ah / 1,045 Wh lithium battery, is also available for a surcharge. There is a built-in inverter, 110V and 12V sockets, USB connectors. A power supply, as well as a 160-watt solar panel on the roof are standard equipment.

There is a double bed inside, although a 4-seater sofa can be transformed into another one of the same bed. But that is not all. Thanks to the Roost hardshell sliding roof tent, two more sleeping places can be arranged here. As a result, the camper is able to shelter up to six people for the night.

Of the standard equipment, we also note a ventilated compartment with two gas cylinders, LED ceiling lighting, a storage box with a volume of 142 liters, a “moon” roof with a hatch, a ventilation system from solar panels and even a bottle opener mounted on the wall. 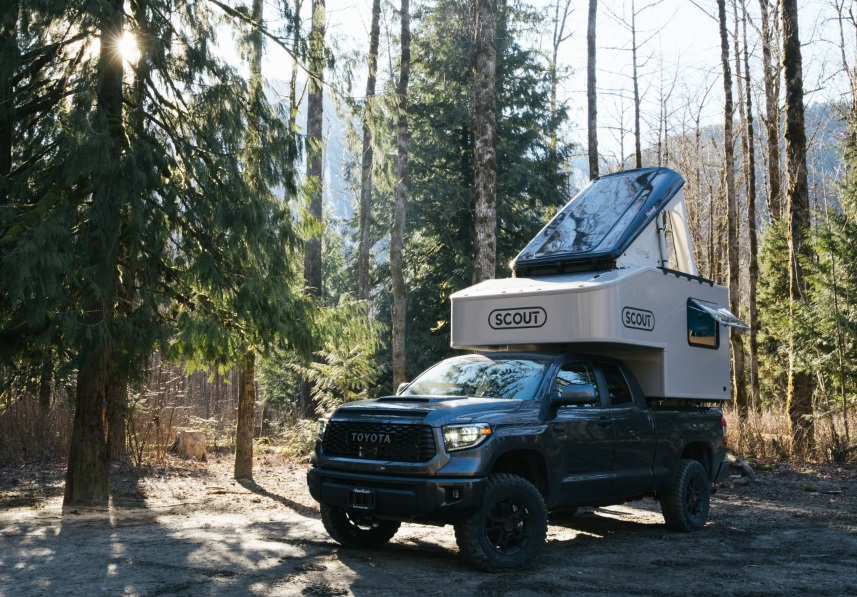 As an option, it is possible to install a Dickinson Marine Newport gas fireplace, a folding canopy – the Rhino Rack Batwing marquise, a portable toilet and Rotopax water canisters.
The price of the modular Scout Olympic camper starts at $ 19,980.

Electric cars have learned to narrow to overcome traffic jams

Electric cars have learned to narrow to overcome traffic jams

The Romanian car market represents 0.73% of the total number of cars sold in Europe