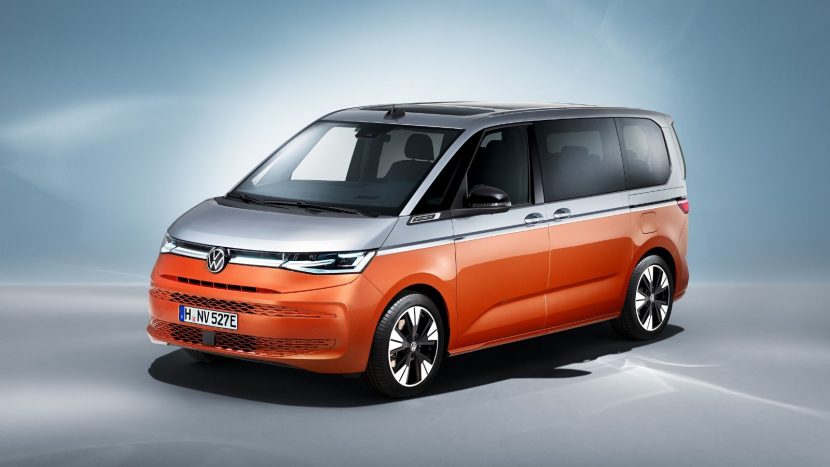 The new VW Multivan T7 comes with some historical news. It is the first Multivan in the history of over 70 years to benefit from a plug-in hybrid propulsion system. Also, the standard equipment includes DSG automatic transmission, and can optionally be equipped with a level 2 autonomous running system, thanks to the adoption of the MQB platform.

I’ve been waiting for him for a long time. Finally, the VW Multivan T7 was officially unveiled. The Germans do not shy away from calling him Bulli, a legendary pseudonym in VW history. Speaking of Bulli, it will be developed in the future in 3 directions: the new Multivan, the Transporter – Caravelle range and ID.BUZZ, the electric van that will be presented next year.

Returning to today’s star, Multivan T7, the Germans credit it with a luggage space of up to 4053 l and a towable mass of up to 2 tons. Thus, the Multivan becomes the ideal vehicle for transporting bulky objects and a perfect cruise for the holidays. You can even tow the boat after you!

VW places it in the MUV (Multi-Utility Vehicle) segment. Configurations with up to 7 seats and three equipment versions are available: Multivan, Life and Style. Also, the new generation comes with two body variants, standard and long.

It looks spectacular. The front brings the Predator, with dynamic headlights and massive lower area. It strikes from the side, with the long line of the snout, which almost transports it in a “2 volumes”. The vertical tailgate looks just as spectacular and, to soften the square shape of the back, the taillights are slim. Overall – an exciting form. 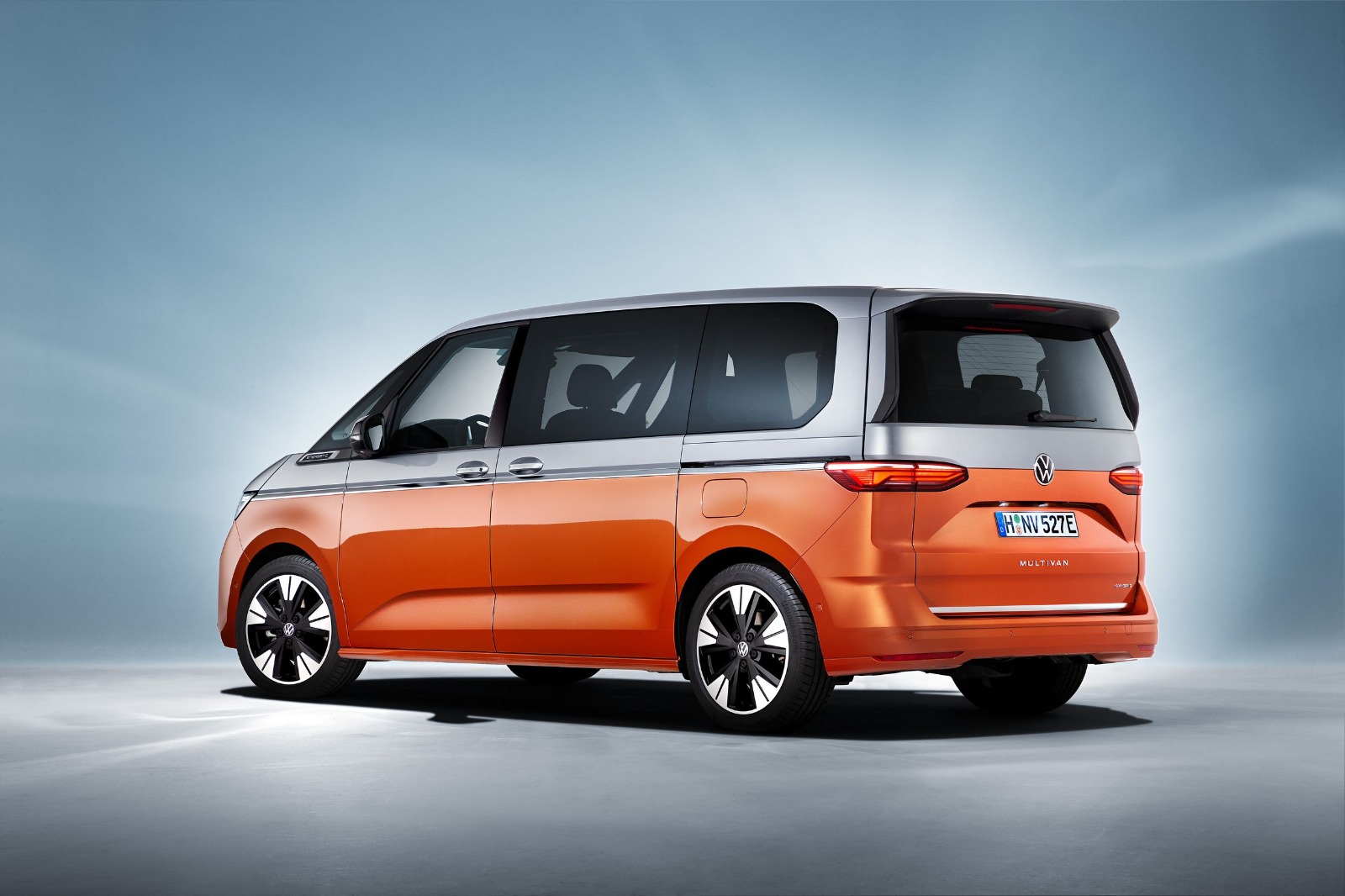 The tailgate can be opened and closed by a movement of the foot. So are the electric sliding doors, standard on the Style version. In the first two versions, Mulyivan and Life, they are manual. Standard comes with full-LED lights, and optionally you can opt for LED matrix lights.

The new Multivan T7 comes standard with Digital Cockpit system. The dashboard does not have a center console, so as not to take up interior space. Therefore, the shift-by-wire system, which does not require a direct connection to the transmission, is crucial. Passengers can enter between the front seats unhindered by a possible massive board. 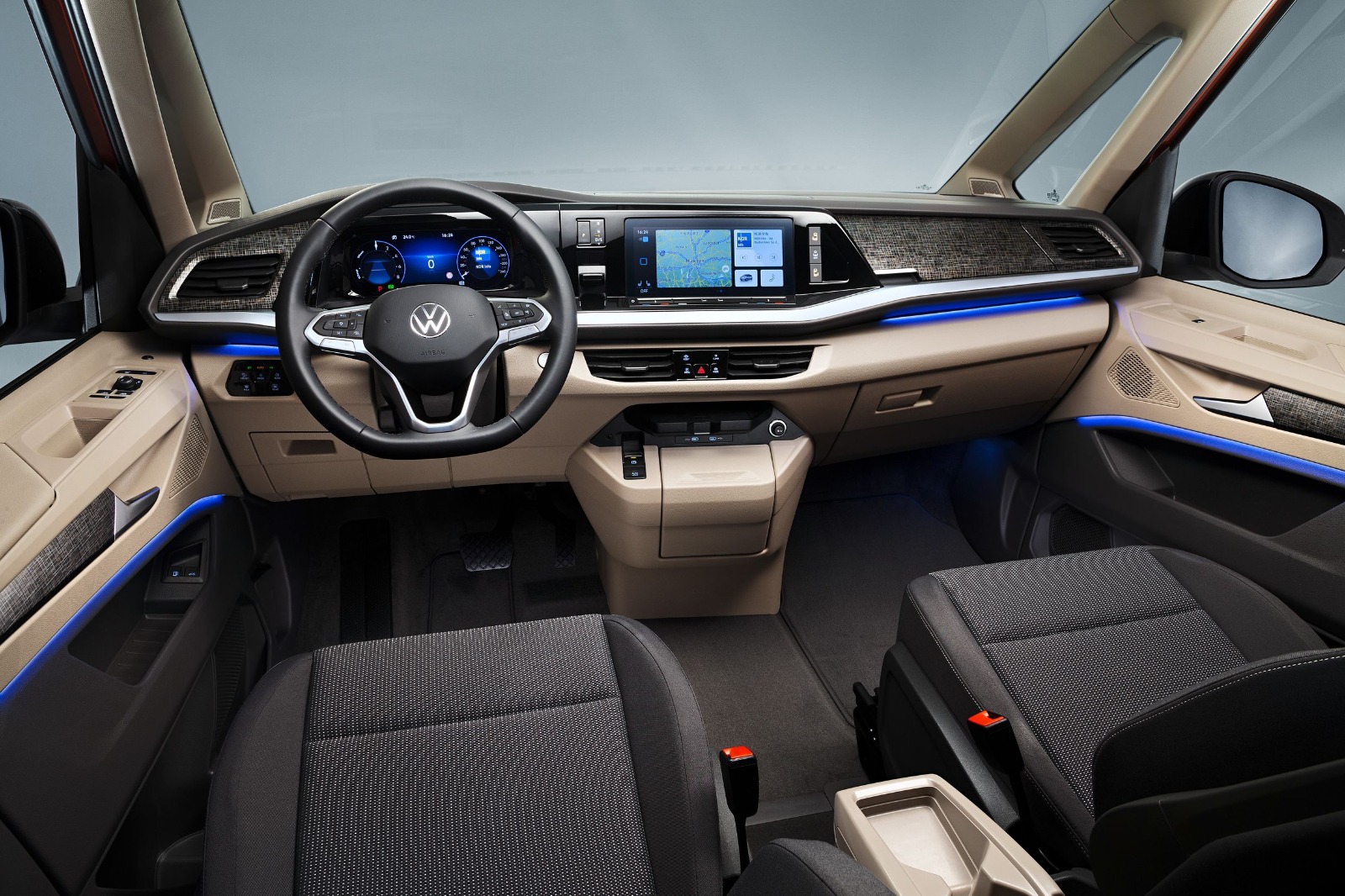 There is now also a multifunctional central table. Thus, when pushed between the front seats, it acts as a central armrest. When slid backwards, it can be extended as a coffee table. There are no more banquets, only individual chairs. Those on rows 2 and 3 are 25% lighter, weighing between 23 and 29 kg. The VW team took them all out in 11 seconds at the launch show!

➡ Test with the new VW Caddy 💡

Luxury amenities such as a panoramic ceiling and a Harman Kardon sound system are available. The glass ceiling is a historic premiere and is treated with “LowE”, thus reducing radiation by 44%. The glazed surface has two panels. Above the front seats, the glazed ceiling measures 913 x 403 mm, while above the passenger space it is 910 x 1284 mm. 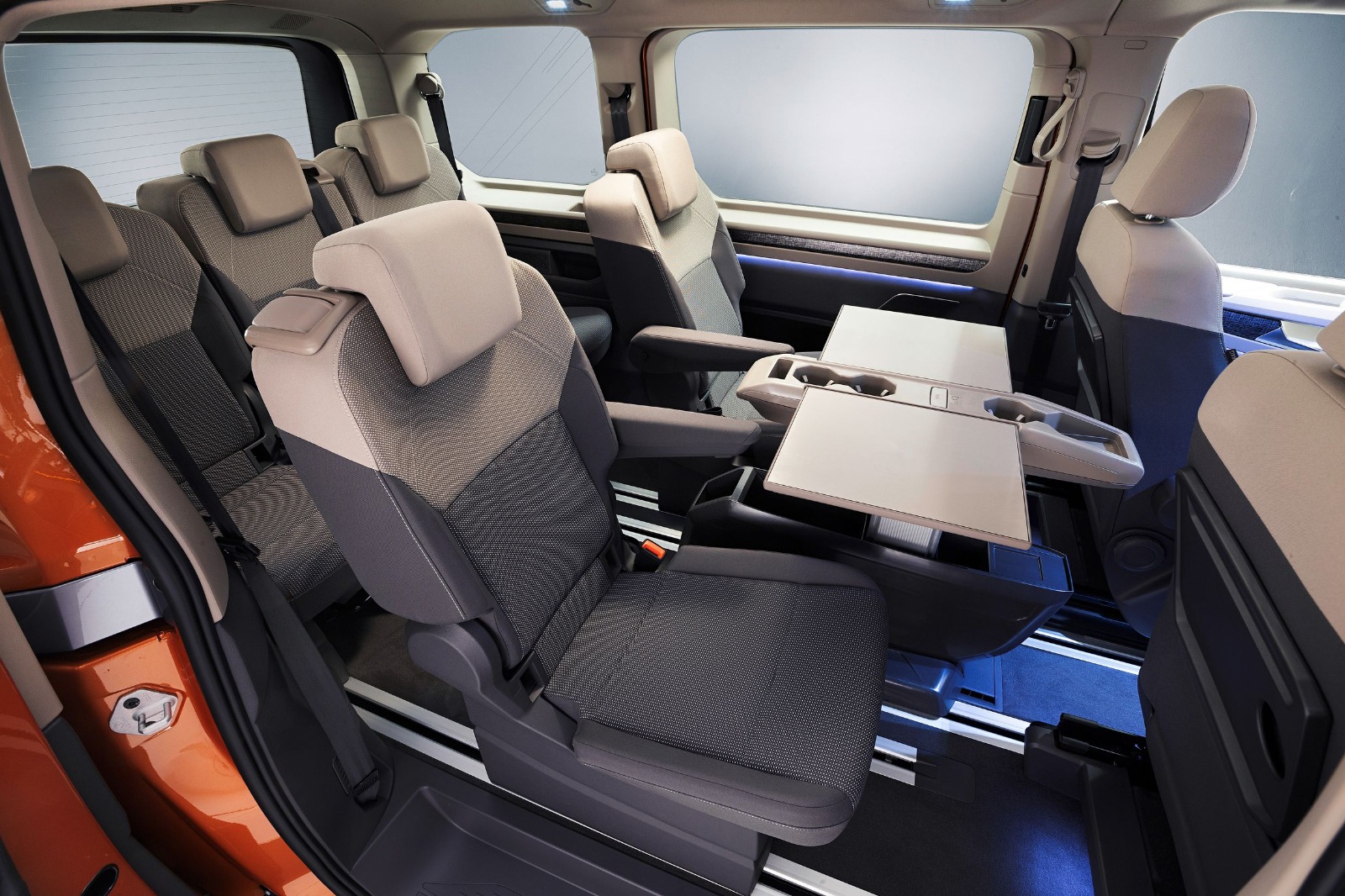 In a 7-seater configuration, a minimum of 469 liters is available for luggage. If only two rows of seats are fitted, the volume increases to 1844 l. Finally, the long version with a single row of seats offers 4053 l of luggage!

The engines? I start with the plug-in hybrid. It develops 218 hp and is based on a TSI engine. The electric motor is powered by a 13 kWh battery, capable of providing sufficient power for speeds up to 130 km / h. Electrical range: over 50 km. The system is mated to a 6-speed DSG transmission. It was developed especially for him and forms a common unit with the electric motor. 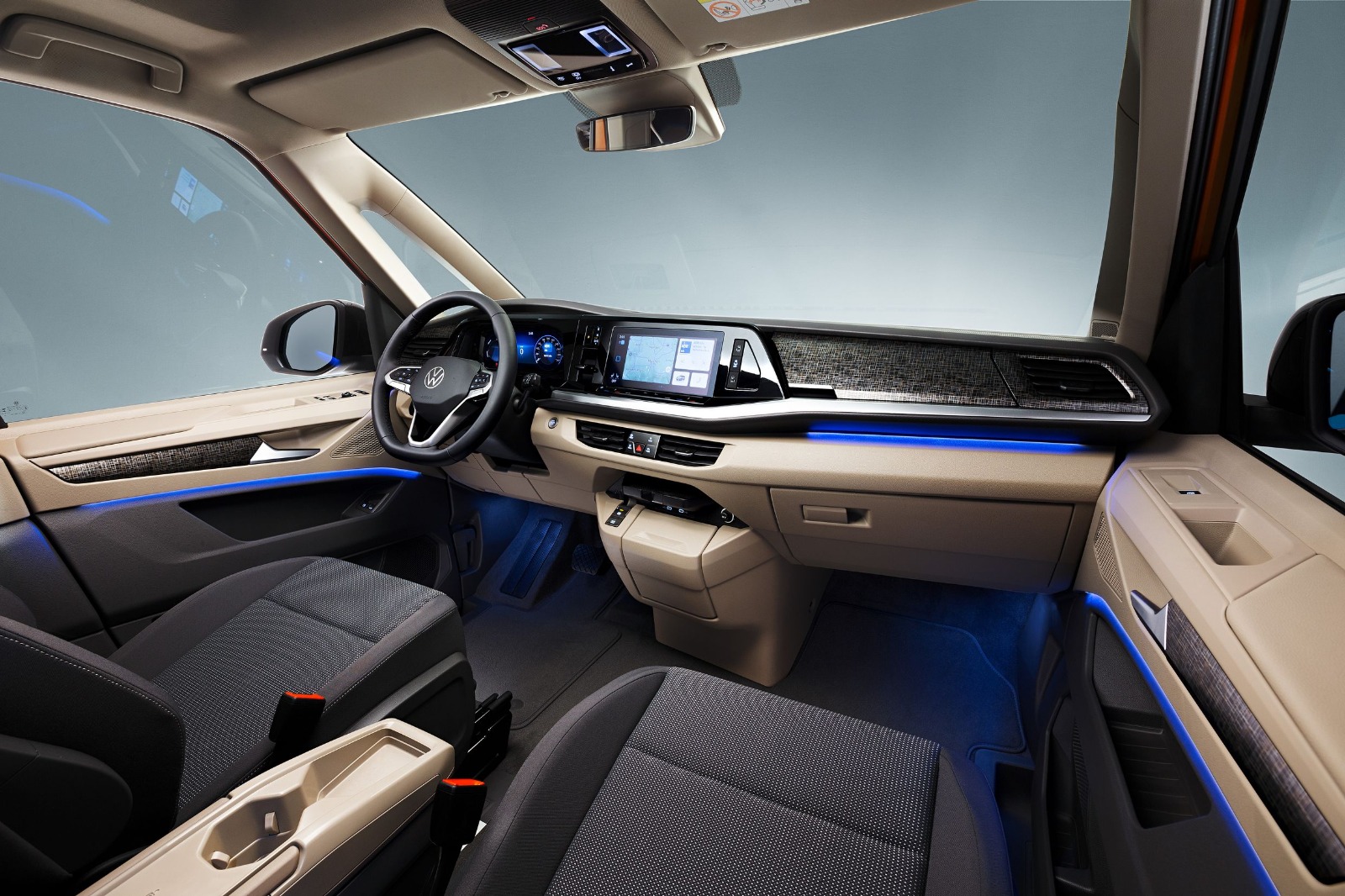 The range of conventional engines includes two TSIs, 136 and 204 hp. To these will later be added a TDI of 150 hp. A top diesel variant of 204 hp will also appear. All will be combined with 7-speed DSG transmissions.

It is very technological. In fact, it can have over 20 support systems. These include Car2X (communication with local infrastructure), turn assistance and dynamic display of traffic signs. Together with the belt assistant and the adaptive autopilot with stop & Go function, it allows semi-autonomous driving from 9 to 210 km / h. The semi-autonomous running system is called IQ.DRIVE.

new generation for the legendary off-roader

For Volkswagen Transporter found the most unusual use (video)