Pickup will be built on a new platform. A car can get several drive options and different cab configurations

Hyundai launched its first pickup, which received the designation NX4 OB, for testing in winter conditions. Spy photos from the tests posted by Motor1. According to them, the official premiere of the new items should take place before the end of this year. Serial production of the pickup will begin only in 2021. Assembly of the machine will be established at the plant in Alabama (USA).

In the pictures, the Korean pickup is still hidden under camouflage. However, now we can say that the production version will resemble the concept of Santa Cruz, which debuted in 2015 at the Detroit Motor Show. In this case, the machine will grow in size compared with the prototype. The pickup will receive narrow headlights and a branded large grille.

Pickup will be built on a new platform. A car can get a ladder-type frame, as well as several drive options. Also, customers will be offered several cab configurations. The main competitors of the new items are called Toyota Tacoma and Ford Ranger. In the future, the appearance of a “charged” version of the novelty with an aggressive body kit and a long suspension stroke is not ruled out. 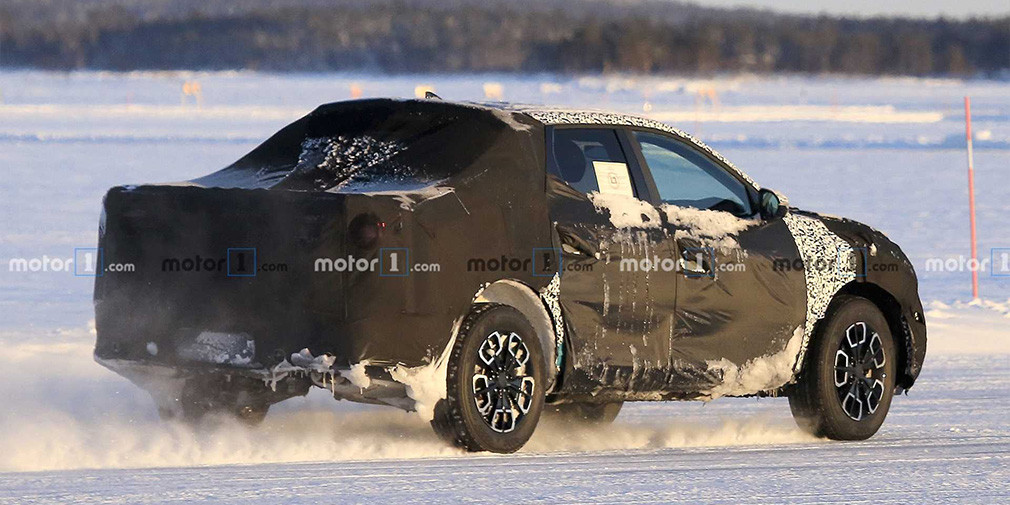 Hyundai Tucson / IX35 with mileage can be bought on credit from 97 UAH. in a day

Most employees in the Romanian industry work in the automotive sector

Tesla witnessed a Porsche hijacking and recorded the incident on video