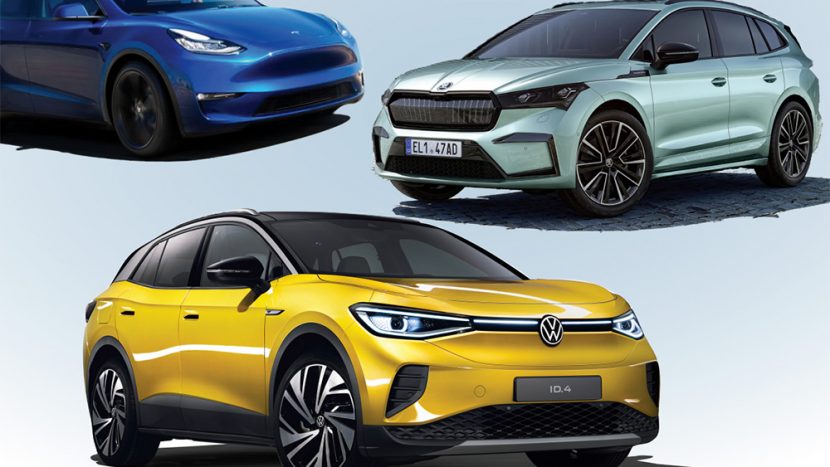 With the entry of Volkswagen ID.4 into the arena, the segment of electric compact SUVs is starting to come alive. We statically compare three of the most interesting SUVs in this segment. What is the best electric SUV? Photo: manufacturers

Volkswagen has officially unveiled the new electric SUV ID.4, which is becoming a serious competitor for a model like the Tesla Model Y. In addition, Škoda now has an electric SUV, the new Enyaq iV, which shares the technical platform with Volkswagen ID.4. .

Thus, the segment of compact electric SUVs becomes lively in Europe, a territory that Tesla also wants to officially conquer, after the opening of the plant in Berlin, currently under construction. Both the new ID.4 and the version built by Škoda under the name Enyaq iV use the new MEB platform, which allows the use of an electric motor on the rear axle or two electric motors for all-wheel drive, as well as batteries of various capacities. The platform is also used by VW ID.3.

In the case of the American Model Y, the electric SUV goes on the high-performance solution with two electric motors – which Tesla also uses for its other models – and a high-capacity battery. The 75 kWh net battery allows the Model Y to travel over 500 km on a single charge. In addition, the power offered by the two electric motors is 351 hp, a value that also translates into impressive acceleration performance. Depending on the driving mode, the Tesla Model Y can accelerate from 0 to 100 km / h in 5.1 seconds and the maximum running speed is 217 km / h. 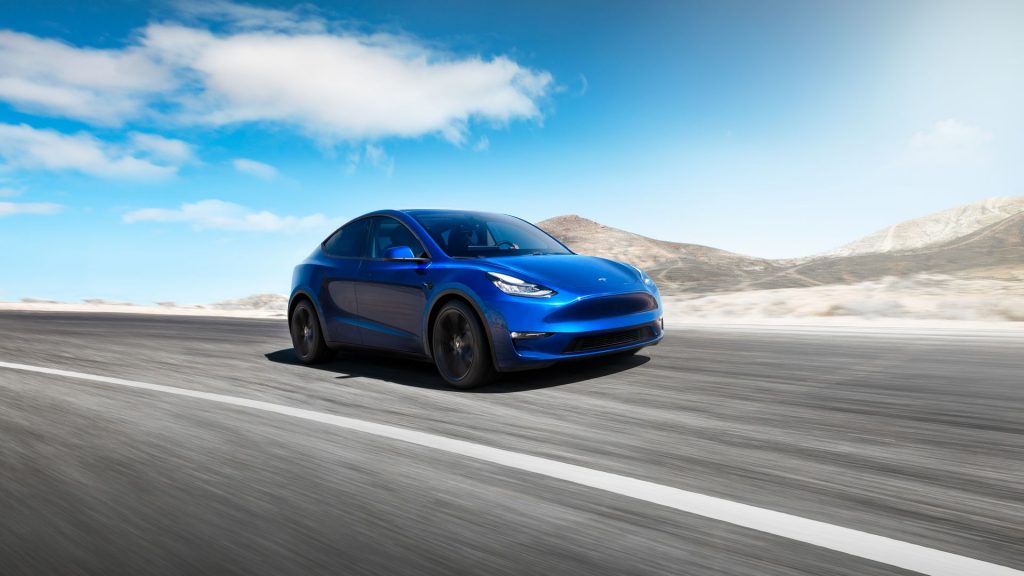 Another advantage of the American model is that it can be configured with seven seats, even if the two additional seats are, in fact, in the trunk. Neither of the two electric SUVs produced by the Volkswagen Group offers this possibility yet. 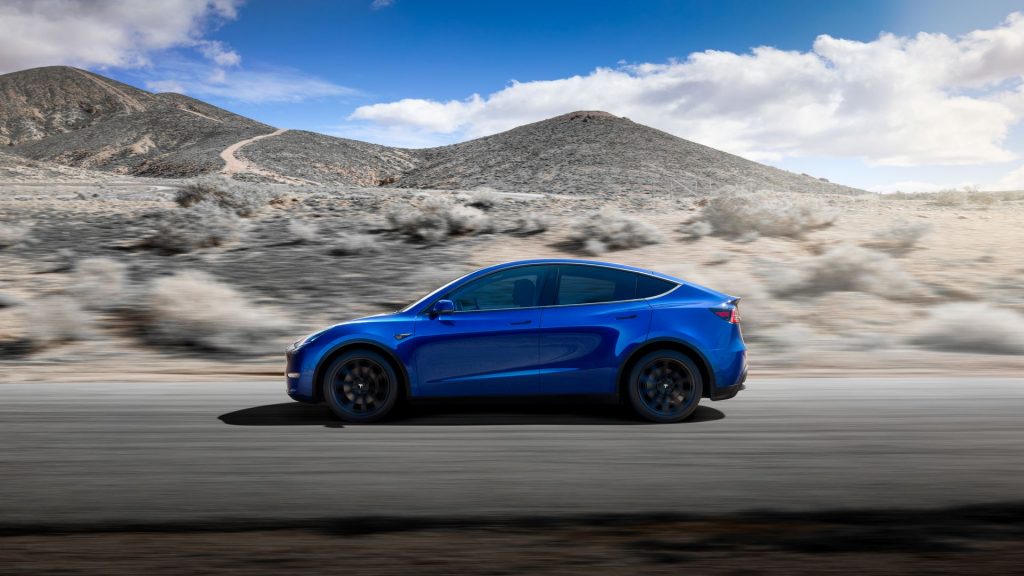 Tesla Model Y is only now making its mark on the European market, being currently produced in the United States and China. However, Elon Musk laid the foundations of a European Tesla plant, currently under construction in Germany, near Berlin.
The Tesla Model Y will be assembled here, starting with July 2021, the date on which the American electric SUV will be officially launched on the European market. 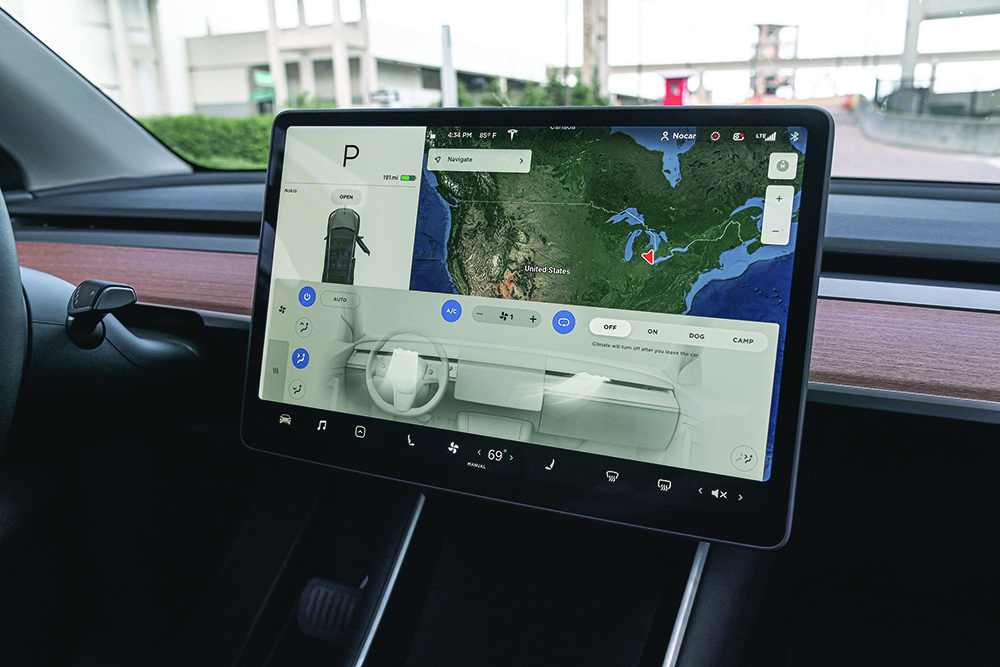 Tesla Model Y has many elements in common with the popular Model 3, an electric car that is starting to gain more and more ground in Europe. Tesla uses for both models the CCS charging connector, the European standard, giving up its own connector, which it used in the Model S and Model X. The onboard charger allows charging with 11 kW at AC stations and up to 250 kW at fast DC stations . In Romania, the fastest charging stations allow speeds of 120–150 kW. If charged at a 250 kW station, the Tesla Model Y needs only 22 minutes to charge from 20 to 80%.

On the American market, Tesla Model Y has a starting price of 43,690 US dollars, and in Europe, prices will most likely start at 53,000 euros.

After ID.3 has been long overdue, and the first copies to reach customers do not have all the functions of the infotainment system active, Volkswagen is now in a hurry to increase the ID family to make up for lost time. After a long teasing campaign and images with the new ID.4 were unveiled prematurely by a Chinese site, the Germans officially launched the second member of the ID family of electric models. Thus, the new Volkswagen ID.4 becomes the first fully electric SUV produced by Volkswagen. 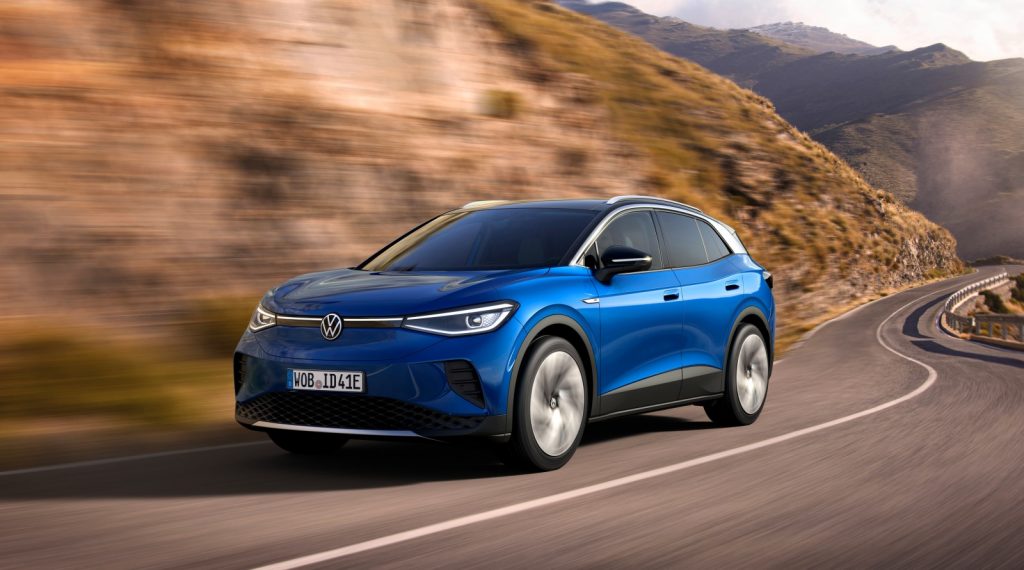 Like its younger brother, it uses the new MEB platform with an electric motor located on the rear axle or with two electric motors for all-wheel drive versions. And the new VW ID.4 will be available in both versions. Compared to the Tesla Model Y, the new ID.4 is 19 cm shorter, but the two cars have similar heights, and the wheelbase is 109 mm smaller to the detriment of the German model. 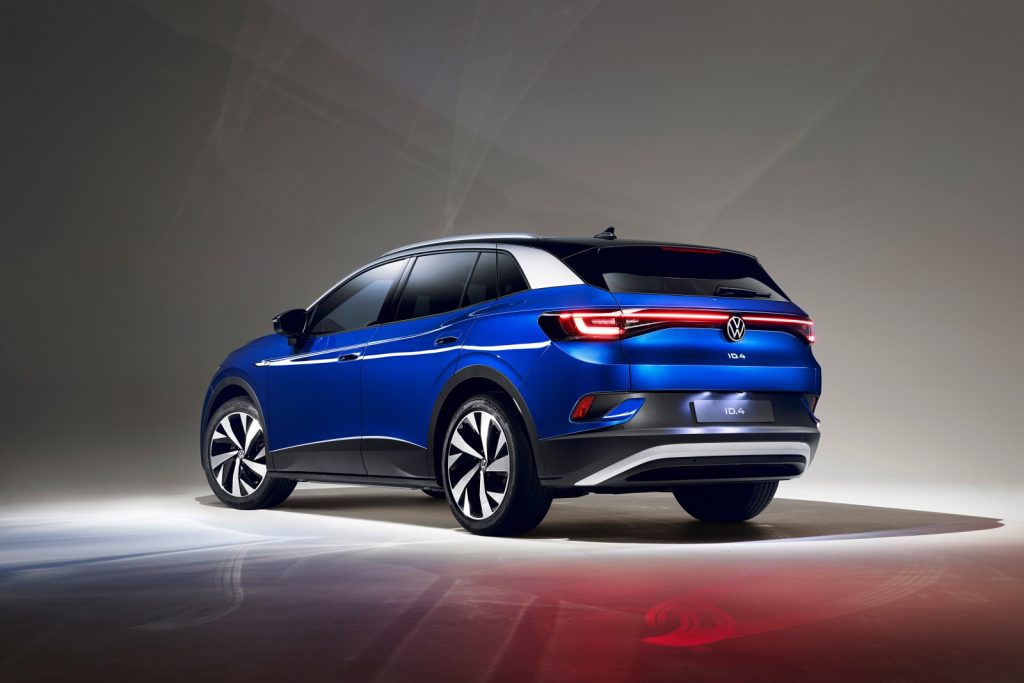 For the launch version, ID.4 has a larger battery than the one used by Tesla for its compact SUV. Volkswagen ID.4 1st Edition will use the 82 kWh battery (gross capacity), compared to the 78.3 (gross) battery of the Tesla model. The official range reported for ID.4 is 522 km, with only 17 more than Tesla.
However, the VW ID.4 is slower, with acceleration from 0 to 100 km / h in 8.5 seconds, while Tesla focuses on performance in this regard. However, ID.4 excels at the steering diameter, the model with the engine on the rear axle having a steering diameter of only 10.2 meters, compared to the 12.1 needed by the Tesla Model Y. 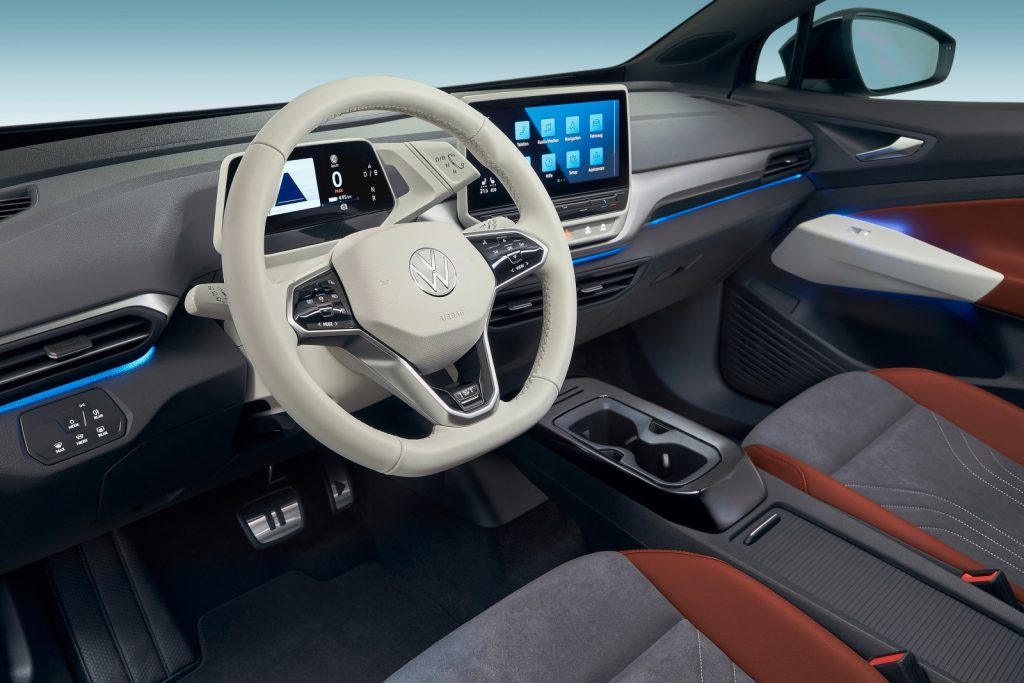 In terms of trunk volume, the Volkswagen ID.4 is a practical car with a volume of 543 liters, while Tesla, in its characteristic style, does not communicate the value of the trunk volume from the five-seater version. It is known, however, that the loading volume with the folded seat is 1900 liters, while at ID.4, the volume with the folded seat is 1575. Tesla also has the advantage of a better aerodynamic coefficient, Model Y having a CX of 0.23, while VW ID.4 is satisfied with 0.28.

Just before the presentation of the Volkswagen ID.4, Škoda launched its own version of the electric SUV that uses the VW group’s MEB platform. Škoda Enyaq iV shares the platform, engines and batteries with the Volkswagen ID.4 model, but is packaged in the brand style and offers a series of solutions from the “Simply Clever” series. 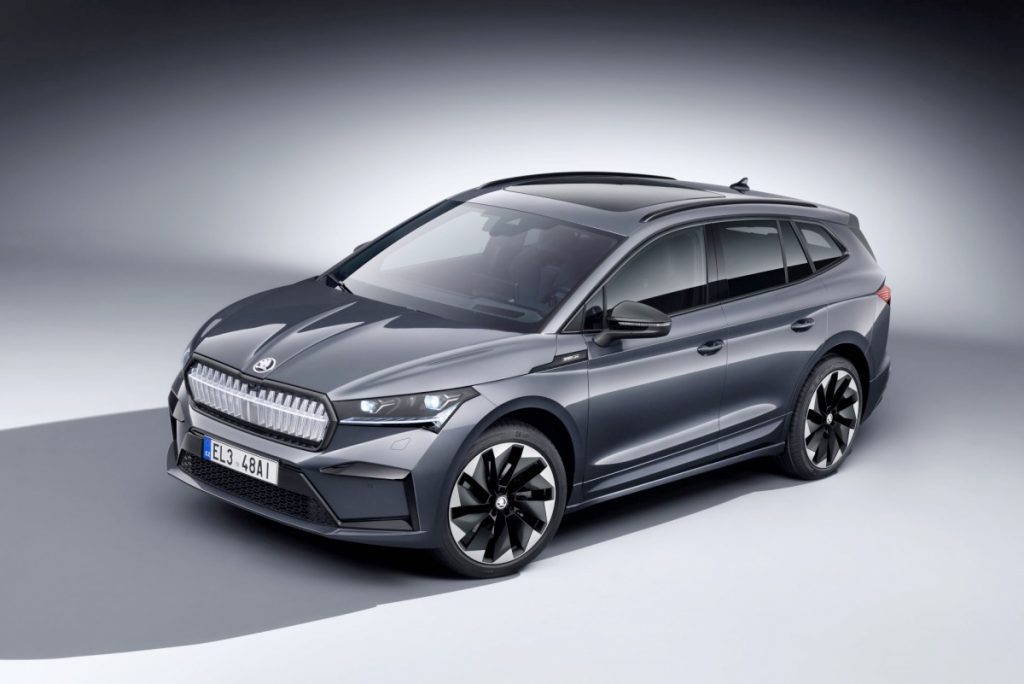 The charging cable is stored under the floor of the trunk, and Škoda has added a solution for cleaning it after use. A storage space for the classic Škoda squeegee was also integrated in the tailgate, which was normally stored in the fuel tank lid. The umbrella stored in the door and other solutions, such as storage spaces for mobile phones in the backrests of the seats, have been kept. 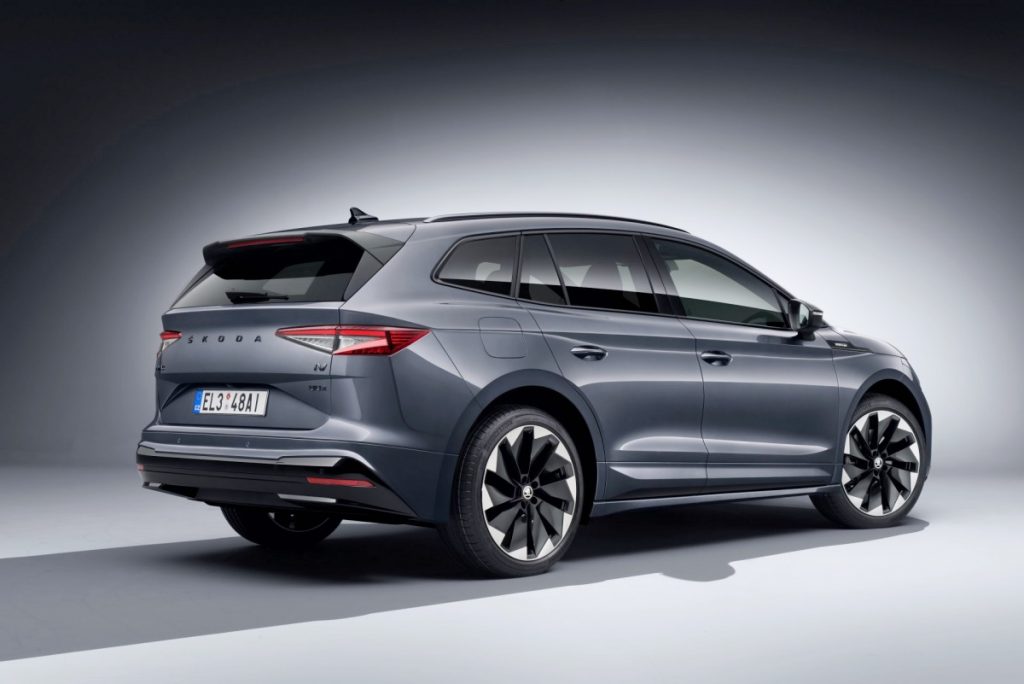 In terms of dimensions, the Škoda Enyaq is placed between ID.4 and Tesla Model Y, with a length of 4649 mm, while the wheelbase is identical to that of the German model. The trunk volume is 585 liters, higher than that of the Volkswagen model, Škoda retaining the practical advantage. 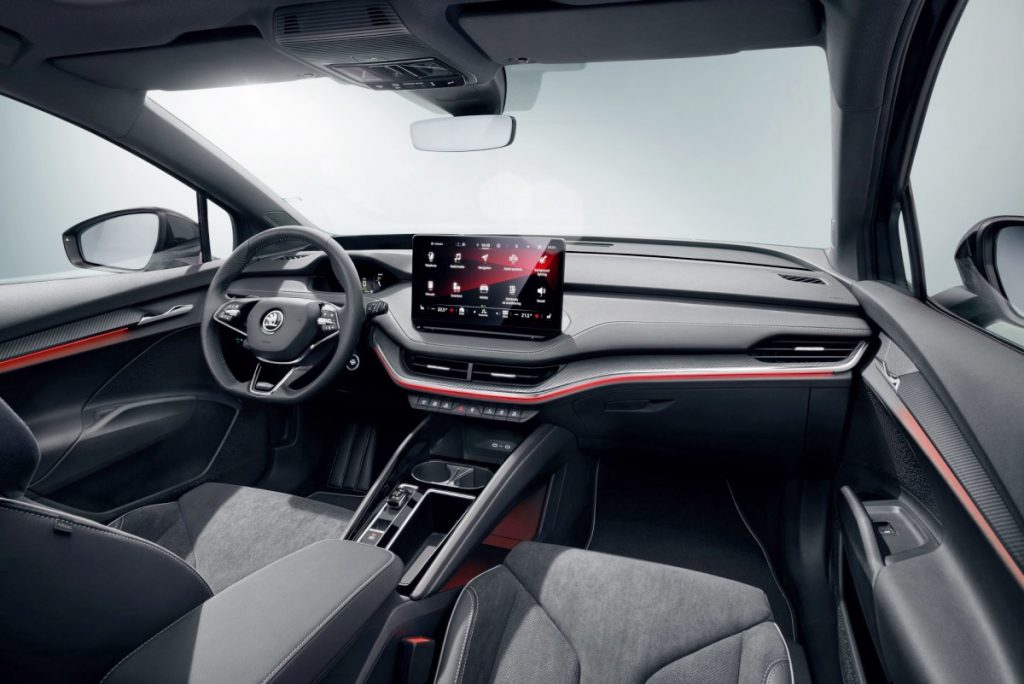 Inside, the Enyaq uses a 13-inch center display, which somehow copies the Tesla style, but unlike the American model, the Škoda has another 5.3-inch screen, placed directly in front of the steering wheel, plus a series of physical buttons that were kept on the center console. The Skoda SUV has a starting price of 38,890 euros for the 62 kWh battery version, and the 82 kWh version starts at 45,124 euros.

The three electric SUVs have similar dimensions, Tesla being the most massive of them. The American model is also the only one that can be configured in the seven-seater version. 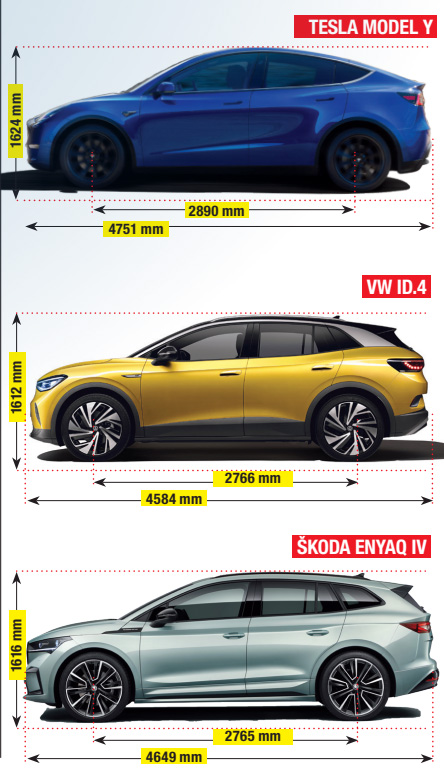 The “charged” crossover Skoda Kodiaq RS will be discontinued