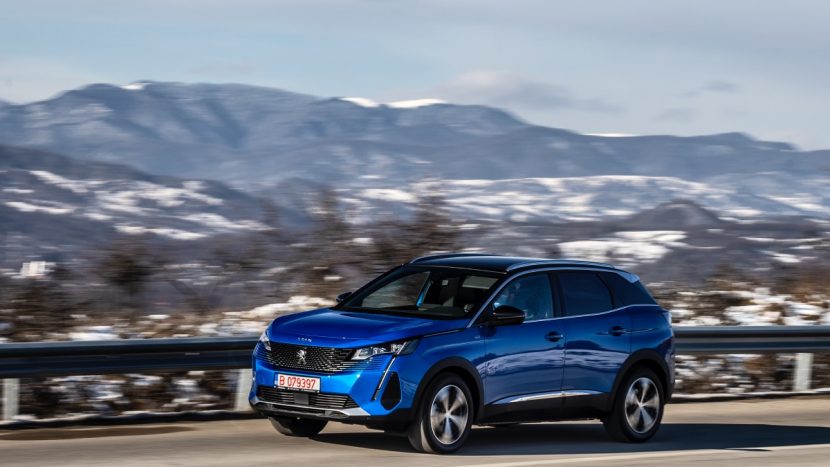 One of the most popular models in the French manufacturer’s range, the Peugeot 3008 SUV received an important facelift. The new model has already come to Romania and we tested it for the first time. Photo: Bogdan Paraschiv

Most of the time, the optical and technical refresh that car manufacturers apply to mid-life models is not to everyone’s taste. Peugeot, however, shows us that a facelift can be done extremely correctly. Although it had an extremely attractive model, still, in the person of the SUV 3008 launched in 2016, the new version comes with a completely redesigned front and many other improvements. 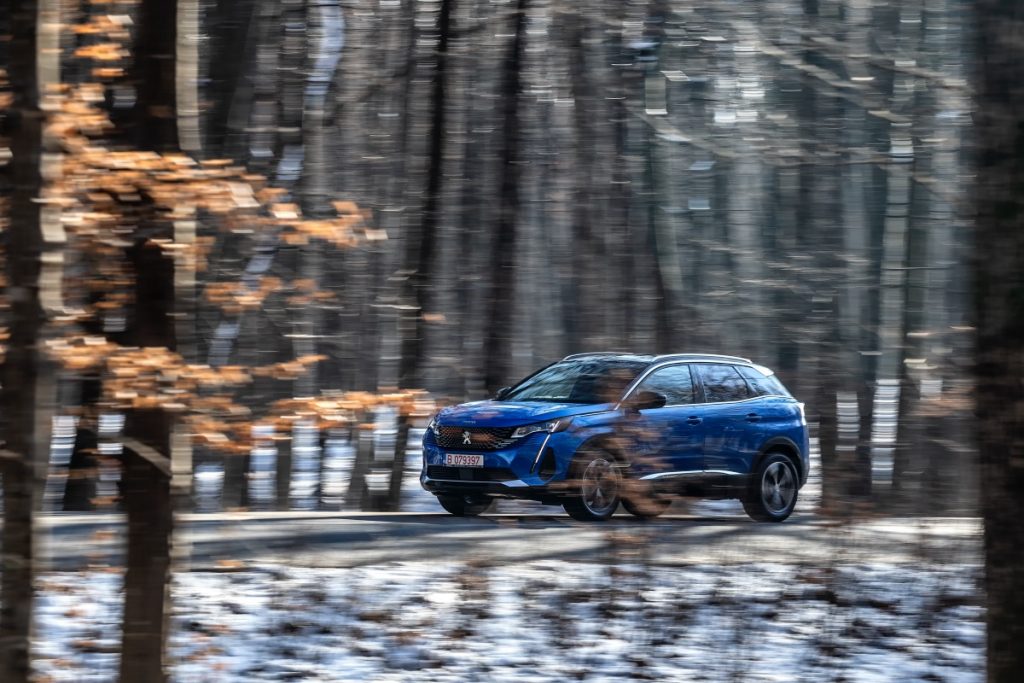 And, somehow, we like it more than the original.

Peugeot designers have done an excellent job of reinventing a model that was already popular in the range. Although, with the appearance of the new 2008 Peugeot, it stole a little more attention due to the impressive grille adorned with bright fangs. 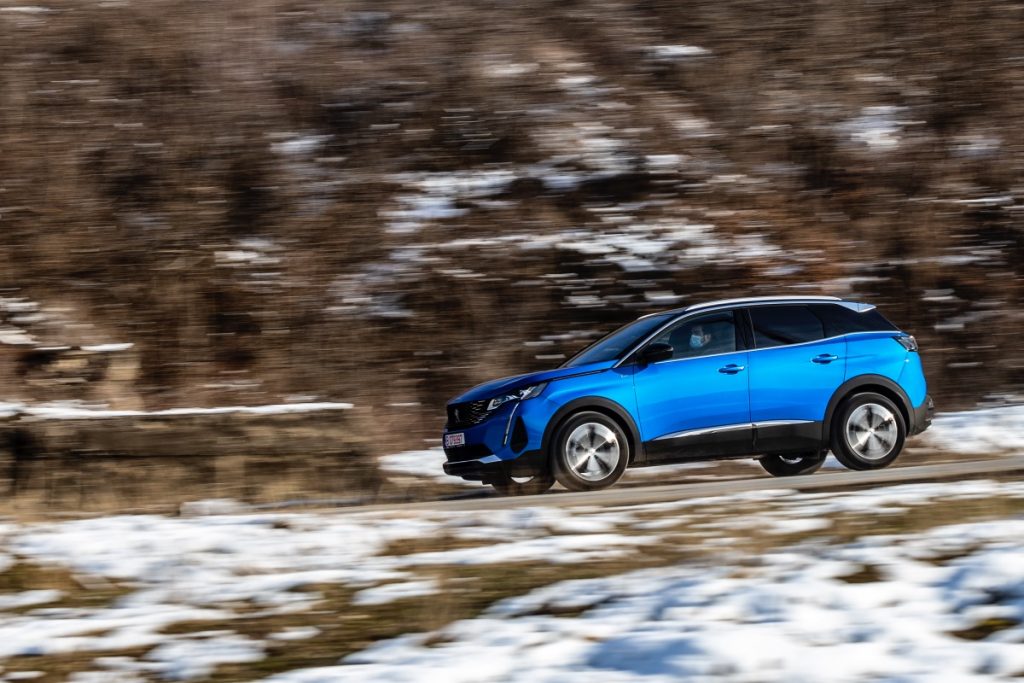 Peugeot 3008 facelift now follows the same design style, the front being completely redesigned. New optical blocks, LED daytime running lights in the shape of a lion’s fang, which also turn into signals and a frameless grid. The taillights have a similar design, but now use LED technology. Without exaggerating, the new Peugeot 3008 with facelift becomes an important candidate for the position of the most beautiful SUV in this class.

The model received in the test came in the superior GT Pack equipment, which means 19-inch wheels as standard, but our model came with the optional 18-inch wheels called Los Angeles, which brought extra driving comfort. However, the suspension is too firm an idea, especially when it has to overcome more pronounced unevenness.

What else has changed? The interior has now become more welcoming, the test specimen having inserts made of a material similar to the light-colored turned leather that adds extra warmth to the interior. We have the same steering wheel with a flattened shape, located quite low and the specific instruments i-Cockpit, but the display in front of the one behind the steering wheel now has a much better graphics. The on-board instruments are customizable, from classic indicators (with inverted tachometer) to a completely digital minimalist look. 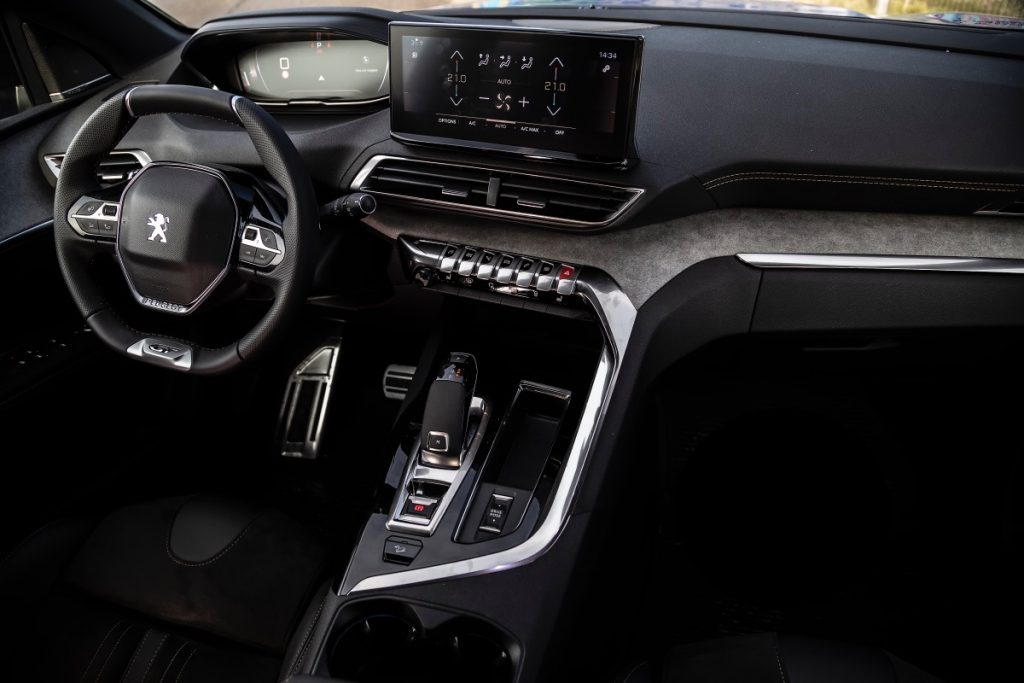 Highly equipped models benefit from a central display larger than 10 inches (compared to 8 inches for previous models), on which are grouped the digital controls of air conditioning, navigation and infotainment. The system supports Apple CarPlay and Android Auto, but mobile phone information is not displayed in full screen. The display is clearer and brighter, and the resolution has been improved.

The one at the wheel has a classic USB plug, and optionally you can choose inductive charging for the mobile phone and two other USB plugs for the rear passengers. 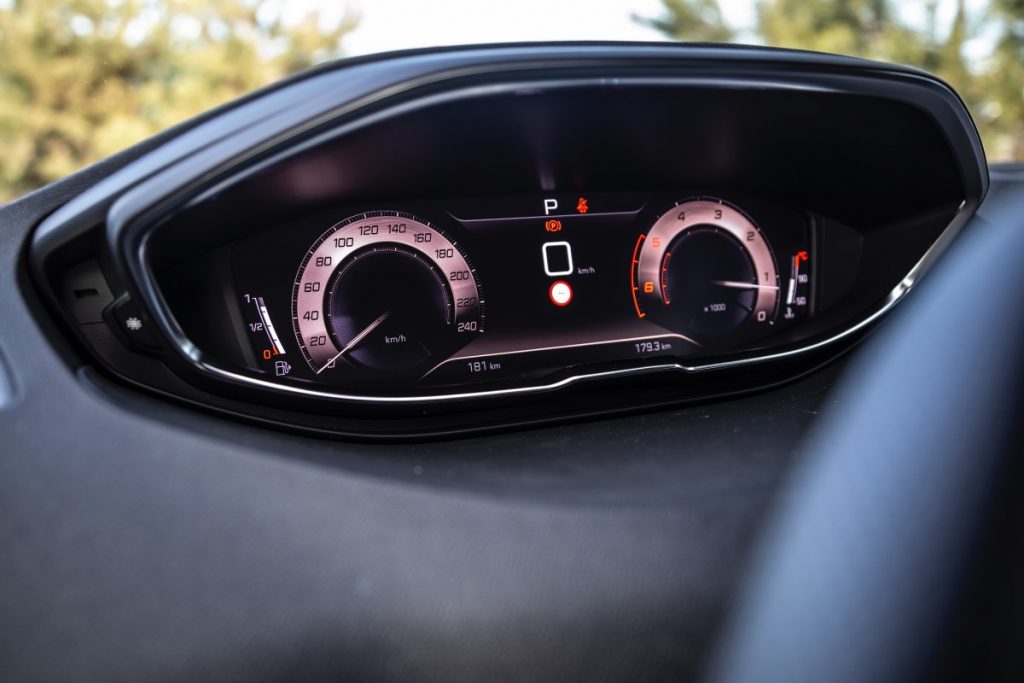 Peugeot also kept two rows of physical buttons, the first of which resembled a keyboard. There are buttons that activate the specific menu, but sometimes they seem to complicate the situation unnecessarily.

As for the technical part, there aren’t many changes. The Peugeot 3008 facelift benefits from petrol or diesel engines, as well as two plug-in hybrid variants. There is no full-electric version, as in the case of the 2008 Peugeot model.

The platform used by the Peugeot 3008, EMP-2, is common to other models in the PSA group, so the 3008 is closely related to models such as the Opel Grandland X or Citroen C5 Aircross. 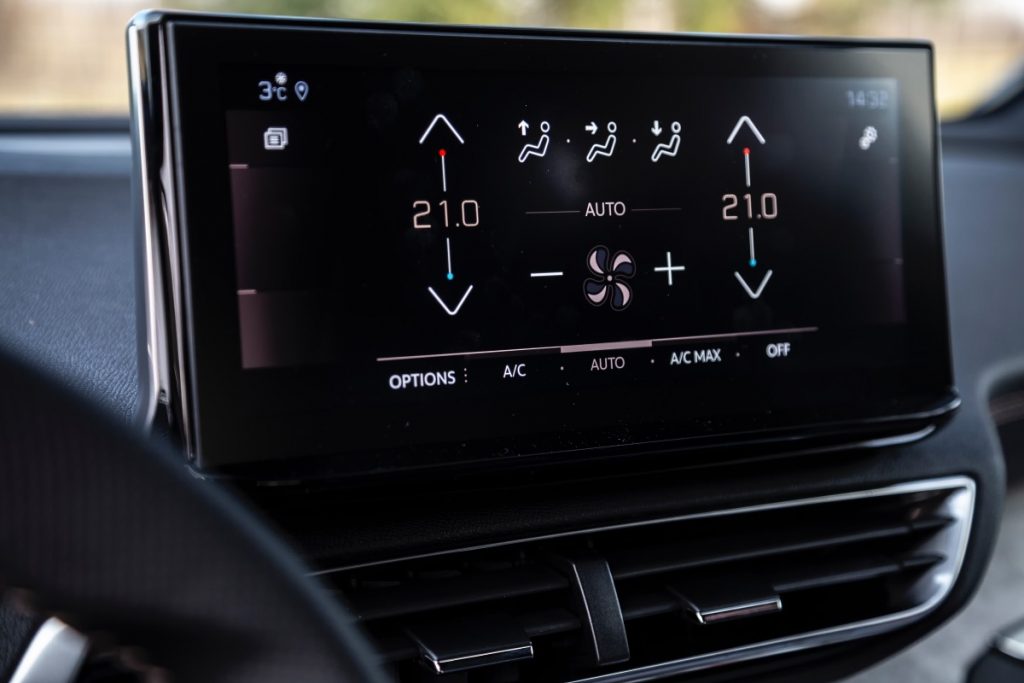 For the Peugeot 3008, customers can choose the 130 hp 1.2 PureTech turbo petrol engine, the engine that will probably be the bestseller for this model. Those who need more power can opt for the 180 hp PureTech 1.6 turbo engine.

Diesel still holds up in the 3008 facelift range

However, the model fits perfectly with the only diesel engine offered: 1.5 BlueHDI 130 hp. Along with the eight-speed automatic transmission, the diesel unit fits perfectly into the character of the 3008.

Quiet, with a torque high enough (300 Nm) to power in any situation, the diesel engine is an excellent choice for those who will choose this model for long and frequent roads. 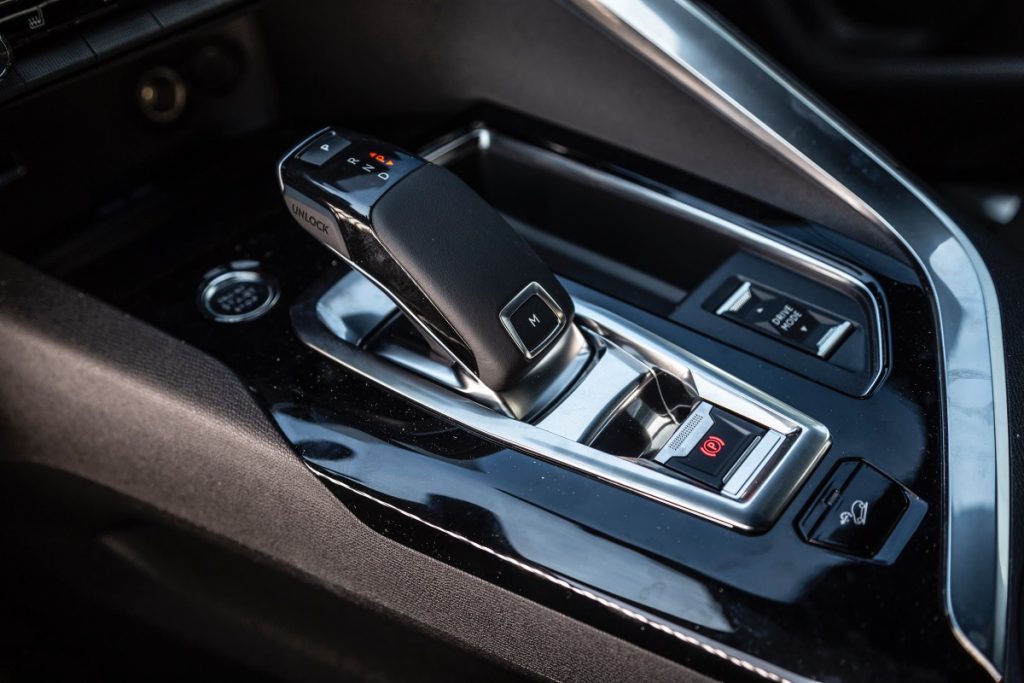 It is an extremely efficient engine in terms of consumption, Peugeot announcing an official consumption figure of 5.2 liters / 100 km (average consumption, WLTP).

Our test car had only 2 km to travel when we left, and after almost 300 km in a few days, the on-board computer indicated an average consumption of 6.1 liters / 100 km. Our route was composed of 60% urban roads and 40% outside the city.

If we can’t say anything bad about the engine, the eight-speed automatic does not always change perfectly, sometimes being surprised by a more vigorous pressing of the accelerator pedal.

The model also has the Grip Control system, offered as an option, which allows you to choose between six driving modes: normal, sport, eco, sand, mud and snow. We remind you that the model does not have all-wheel drive for variants with thermal engines. The only 4 × 4 variant is the Peugeot 3008 Hybrid4 (hybrid plug-in with two electric motors, one for each deck).

It should also be mentioned that the 3008 offers an electric tailgate with hands-free operation, a useful element especially for shopping, and the trunk volume is 520 liters. The seat can be easily folded down by means of two flaps located right in the trunk, which increases the loading volume to 1,482 liters. 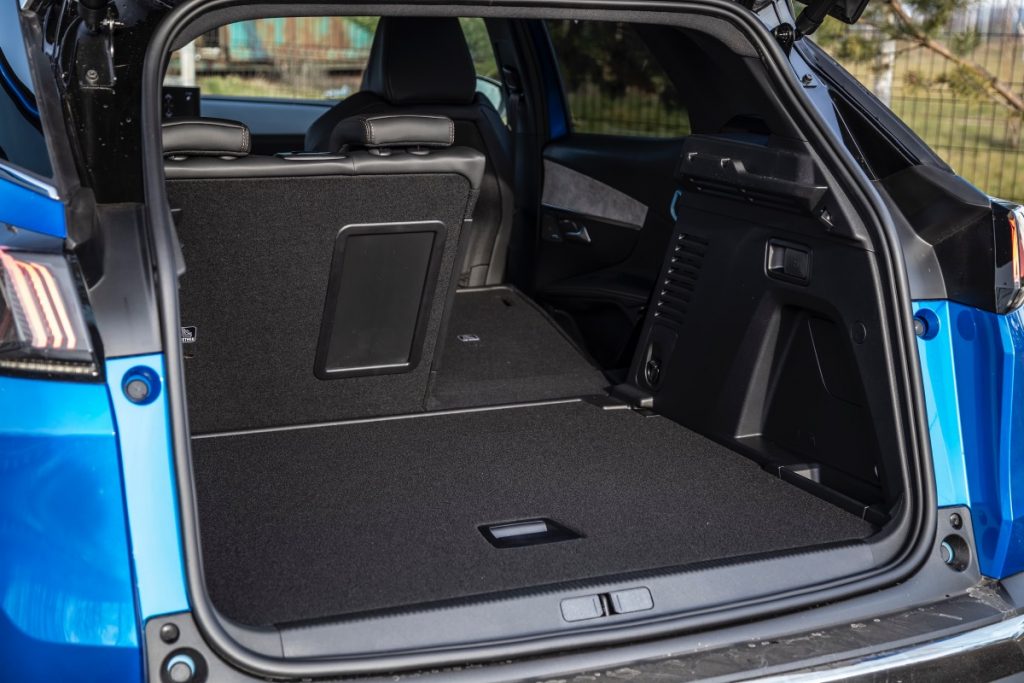 For the GT Pack equipment, we also have heated front seats that also offer massage, and the Focal Premium audio system is one of the best offered in this segment.

Peugeot did an excellent job with the 3008 facelift. With a completely redesigned front end, the compact SUV is now a serious candidate for the title of the most beautiful SUV in the segment. In addition, the combination with the 1.5 BlueHDI engine is a winner.

Ioniq 6 sedan and Ioniq 7 SUV, soon on the market. What to expect

Ferrari kicked out a new hybrid model for testing

BMW will abandon its most powerful engines