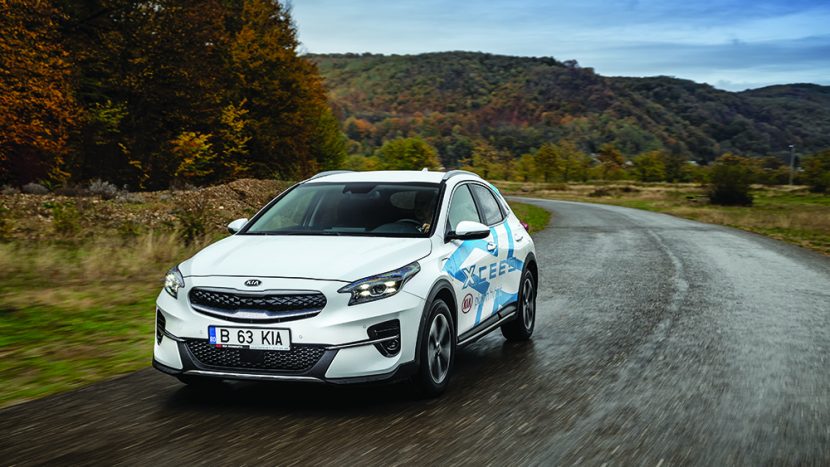 The new Ceed-based crossover receives from Kia Niro PHEV the plug-in hybrid powertrain and the 8.9 kWh battery, which gives it an electric range of over 50 km. Test drive Kia XCeed PHEV.

Kia came up with a very consistent electrification strategy. He developed a dedicated platform for alternative propulsion, which is the basis of Kia Niro Hybrid, PHEV and electric, but transferred some of the alternative propulsion systems used for Niro and other models – electric propulsion to Soul and PHEV to the new XCeed crossover , grafted on Ceed’s architecture. Derived from the Ceed hatch, the XCeed crossover fills the gap between Stonic and Sportage and, at the moment, is one of the most beautiful Kia models, being the pampering of the Korean range. 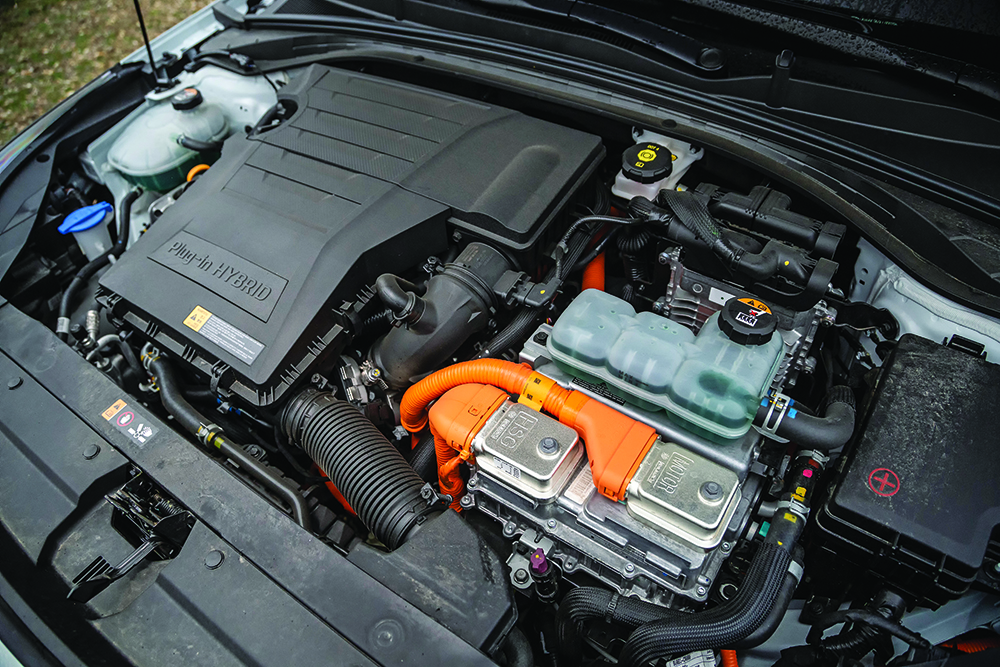 In addition to the PHEV model, the Korean crossover is well prepared to fight emissions, with a mild hybrid diesel version. But let’s go back to the PHEV model, which we had for testing and which is available in a single piece of equipment, called Vision. The powertrain is the same as the Niro Plug-In Hybrid, launched in the spring of 2017, and combines a 1.6-liter, 105 hp petrol injection engine with direct injection and a high compression ratio of 13: 1, which operates in the Atkinson cycle, with a 61 hp electric motor, the assembly providing a total of 141 hp and 265 Nm, which are transmitted to the front axle through a dual-clutch automatic transmission and six gears. 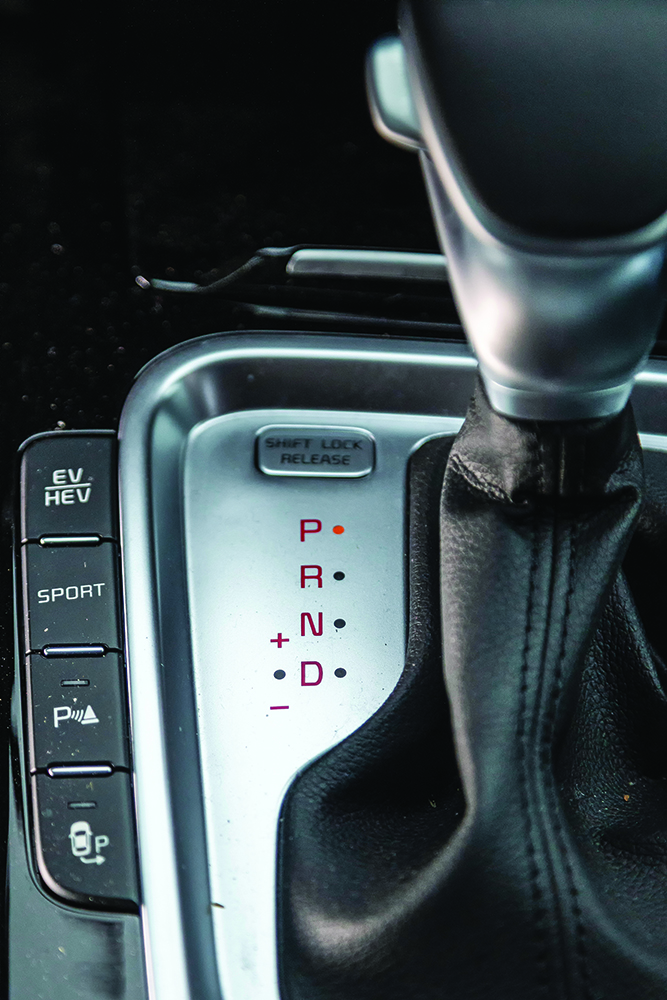 How does it work? The driver has at his disposal, to the left of the automatic transmission, two buttons, EV / HEV and Sport. By default, when the ignition is switched on, the car starts in electric mode, EV, but in the cold it will always start, for a short time, the heat engine, to protect the 12 V battery. But it stops after a few tens of seconds, and the car runs only electrically. In this case, you have to settle for the modest performance of the electric motor, which provides 61 hp and 170 Nm, but for the city is more than enough.

If we press the EV / HEV button once, we switch to hybrid mode, HEV, in which case the two motors work together. Pressing again, we switch to Auto mode, which favors more travel only with the electric motor, the heat engine rarely running, and then it does it almost unnoticed.

In all these modes, the performances are quite restrained, but things change if we press the Sport button. And here, as in the case of Hybrid mode, both engines work. But in Sport the emphasis is on dynamics, and not on economy, the electric motor provides all the power and torque it has, and the response of the powertrain becomes much more vigorous. The 147 Nm of the heat engine are joined by the 170 Nm of the electric motor. 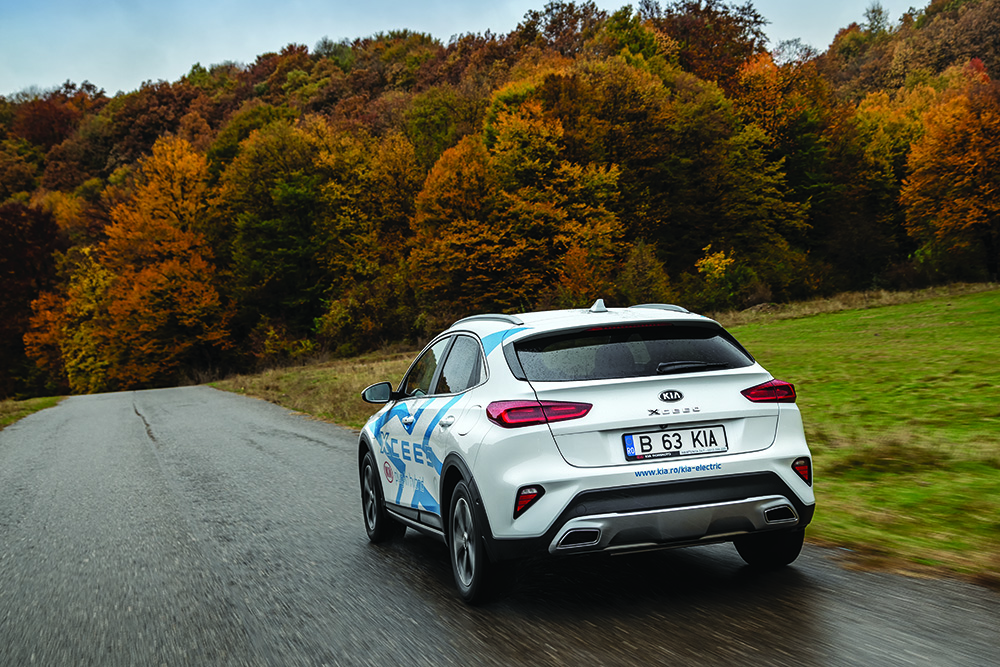 If, in Hybrid, XCeed climbs quite hard from 120 to 140 km / h, on Sport it accelerates quickly to 160 km / h, the maximum speed. Unlike the Toyota Prius, which has a slow CVT, the XCeed’s dual-clutch DCT dual-clutch transmission responds much more quickly and doesn’t over-rev the engine.

With a full battery, XCeed travels over 50 km in the city. This value corresponds to a very low energy consumption of 17.85 kWh / 100 km. Very good electrical autonomy is maintained outside the city, where it also exceeds 50 km. For comparison, there are new models with batteries with 60% higher capacity that do not cover longer distances in electric mode. But the pleasant surprise comes after the battery runs out. Many PHEV models become very gourmet in this case. Not XCeed PHEV, which benefits from intelligent energy management. 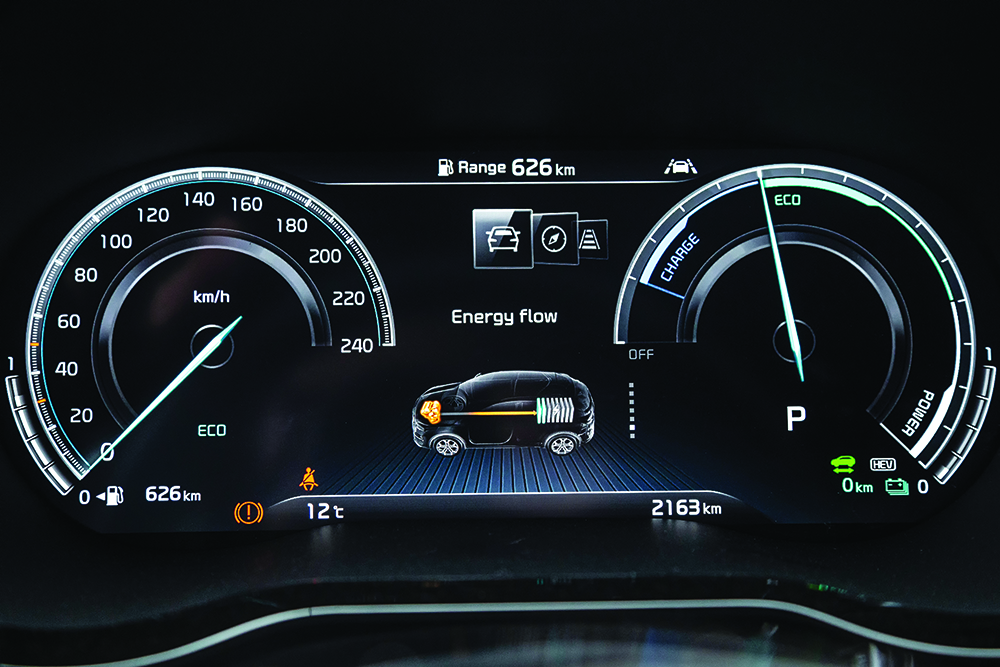 Even if zero electrical autonomy appears on the board, a charge level between 8 and 12% is maintained in the battery. What does this thing mean? In this case, the XCeed PHEV works economically as a full hybrid model. The battery is never completely discharged. The 8–12% stored in the battery powers the electric motor, which supports the heat engine at accelerations through the city. This explains the very low consumption in the city, of only 4.92 l / 100 km, even with a discharged battery.

How much does the Kia XCeed PHEV consume?

Something more needs to be said. At first glance, the official consumption, of 1.3 l / 100 km (emissions of 31 g CO2 / km), seems a hoax. But it’s not, and here’s why! WLTP consumption is measured in the first 100 km, with the battery charged. The actual consumption in this way was only 2.15 l / 100 km. So, if you leave with a charged battery and you don’t have long journeys to make, in the first 100 km you will not consume more than 2.15 l / 100 km. Then, if you have to make a longer trip, in the next hundreds of kilometers you will get a consumption of 5.1 l / 100 km. However, if you travel mainly in the city, a mandatory condition is to charge the car at the outlet. This way you will enjoy the advantages of electric propulsion. 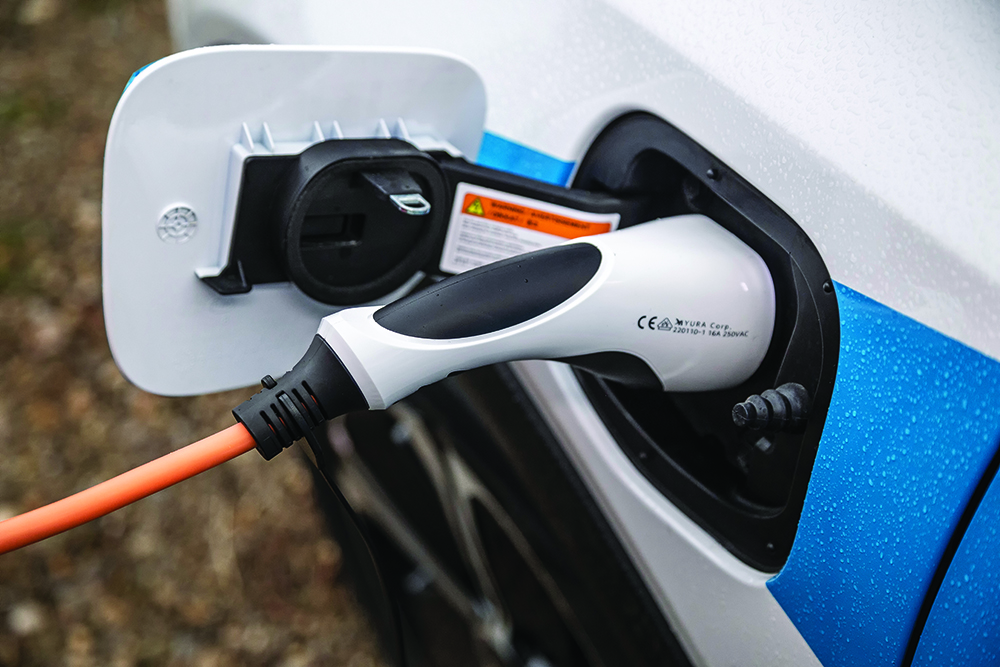 XCeed PHEV can be charged with 2.3 kW at 220 V socket at home, in about 4 hours. You can also connect it to a 3.6 kW wallbox, about 2.5 hours, with the same result. Having no faster loading options, it is preferable to be loaded at home or at the office. The only criticism related to the management of the propulsion system is that there is no way to keep the battery power for later use. For example, you have a road from Bucharest to Cluj and you want to keep the energy from the battery to use in the city of Cluj. 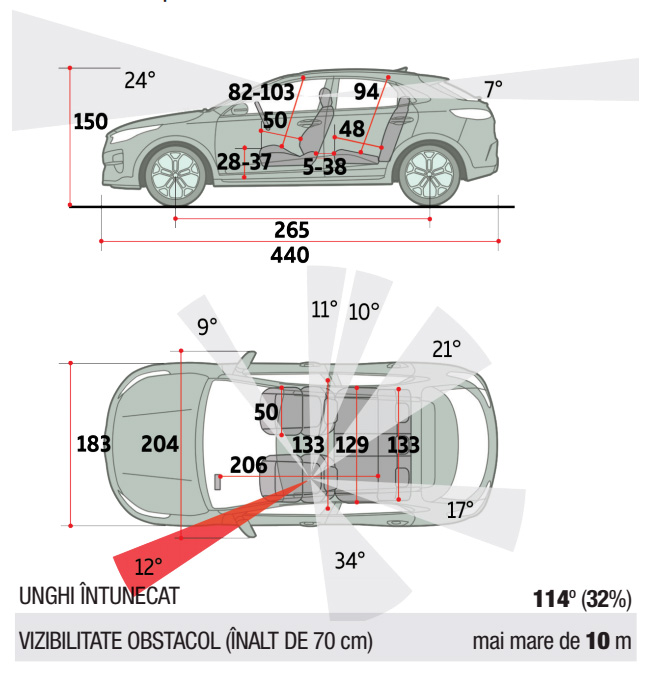 ➡ These are the most economical hybrids! 💡

As with other PHEV models, the battery is mounted next to the rear axle. This leads to raising the floor of the trunk and reducing its volume. But at XCeed PHEV, the trunk retains its regular shape. Its volume decreases by only 58 liters, leaving 290 liters available. That is more than enough for a compact. But for the 40/20/40% split bench you have to pay an extra 154 euros. 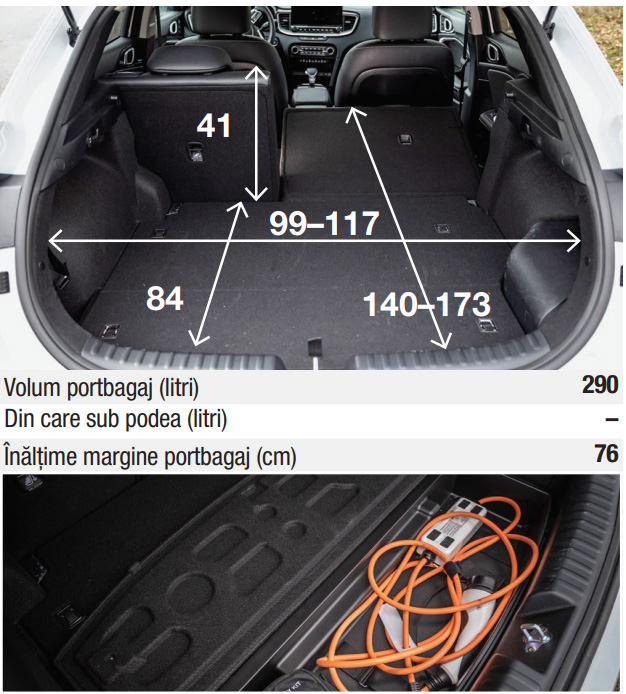 The head of OP Ermak bought Mercedes for 3 million hryvnias

Lada Vesta update to be ?!