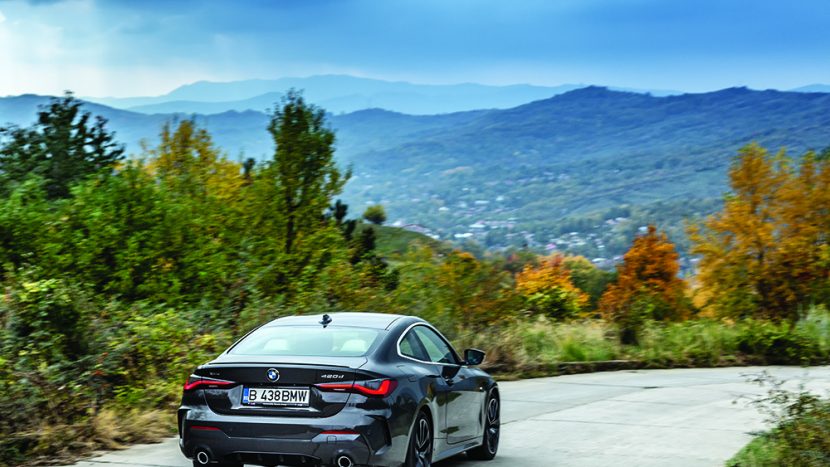 Today more than ever, the Munich coupe distances itself more clearly from the sedan from which it derives. Not only with an extremely original design, but also with a better defined character. And the 2-liter diesel gets a mild hybrid system. Test with BMW 420d xDrive Coupé. Photo: Bogdan Paraschiv

No, it’s not about the film Even and Odd, with Bud Spencer and Terence Hill, it’s about BMW numerology. BMW’s hairy and odd idea was a bit confusing at first. The one that has always been – or, more precisely, since 1992 – recognized that the BMW 3 Series Coupé suddenly became, in 2012, the 4 Series. different. The numbers changed, but otherwise it was no different. BMW has called the M4 a model that, in my mind, will always be the M3 Coupé. 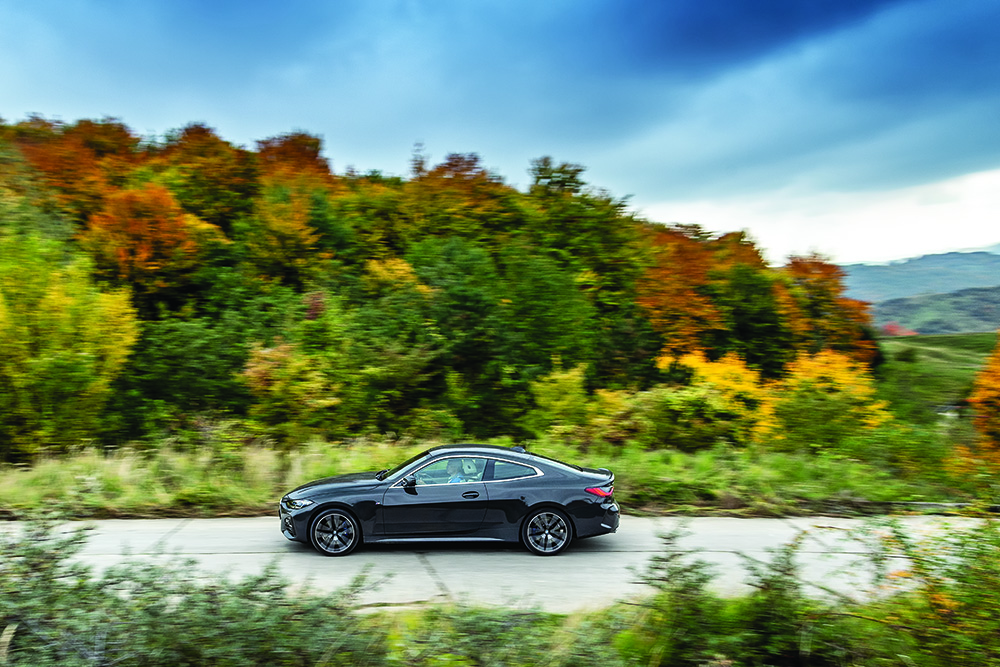 But things have changed radically, and the numerology in Munich is perfect today, with the new 4 Series being the clearest manifestation of this. No other previous generation has distanced itself so clearly from the limousine from which it derives and, in some respects, even from the consolidated stylistic features of the brand: from the reinterpretation of the curvature of the window in the rear mountain area, much sharper now “) And even the new radiator grille, which has given rise to many pros and cons since the appearance of the BMW Concept 4 last autumn at the Frankfurt Motor Show.

I am referring, of course, to the famous double kidney, which developed vertically (homage to various iconic BMW models, from 328 to 3.0 CSL) and became the hallmark of both the 3 Series family and the rest of the current range. BMW.

In short, the 4 Series retains part of the cabin and the base skeleton of the sedan, but, on the other hand, comes with some detailed changes, which affect both the dimensional and technical sphere. Rear Width 23 mm wider than the 3 Series Sedan, lower center of gravity 21 mm lower than the Sedan (4 Series is 57 mm lower than the 3 Series), lower 10 mm (8 mm lower suspension) on xDrive versions), the lower negative fall angle, firmer suspension and additional stiffening elements for the suspension differentiate the 4 Series sedan. The coupe has a standard suspension with controllable dampers, which generates progressive damping forces proportional to the spring travel. At the same time, the rigidity of the body has been improved compared to the limousine. 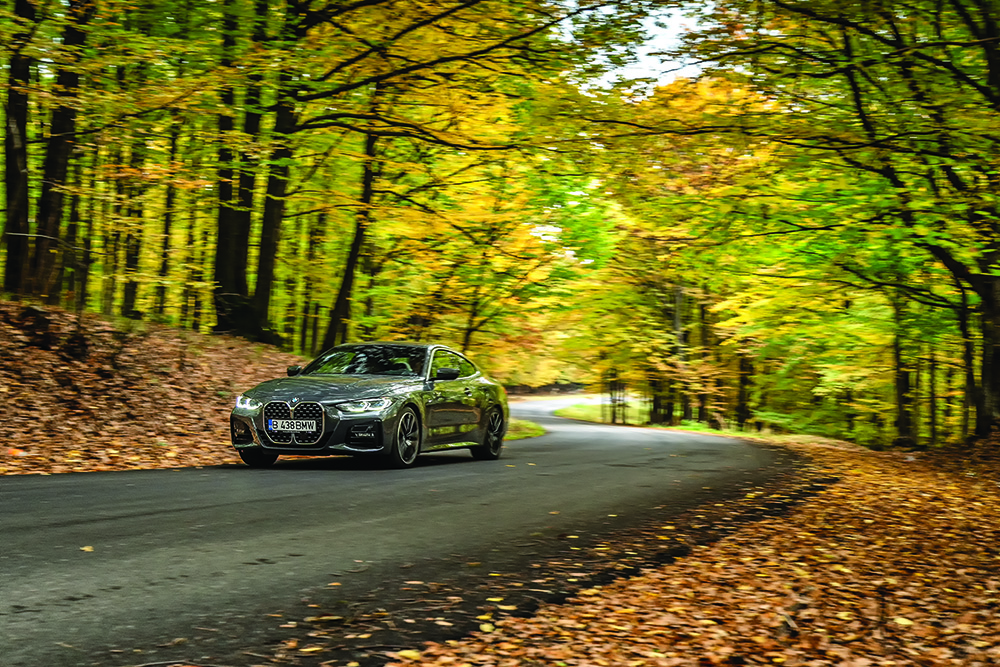 If we refer to the first 3 Series coupe, from 1992, the 4 Series is not a small car at all. At 4.77 meters, the 4 Series is 6 cm longer than the 3 Series sedan and, surprisingly, only 8 cm shorter than the 8 Series Coupé, which is theoretically a car with two classes above. As in the 8 Series I didn’t sit back, which is understandable, because it’s a performance coupe with 2 + 2 seats, I expected things not to differ too much in the 4 Series either. But the more compact coupe offers four genuine seats and a back space for knees at the level of the 3 Series Sedan or Touring.

On the other hand, at the head, the height at the back is narrower by 6 cm than in the limousine, due to the tilted rear window. But people 1.75 meters tall can sit on the bench without touching the ceiling with their heads. In addition, the rear passengers enjoy separate air conditioning, and if you order the electric seats (1230 euros, present on the test car), they slide completely forward completely, when you want to fold the backrest to get in the back. The practical side was not neglected either, because the trunk has exactly the same real volume as the sedan, 407 liters, to which is added the 40/20/40% divisible seat. 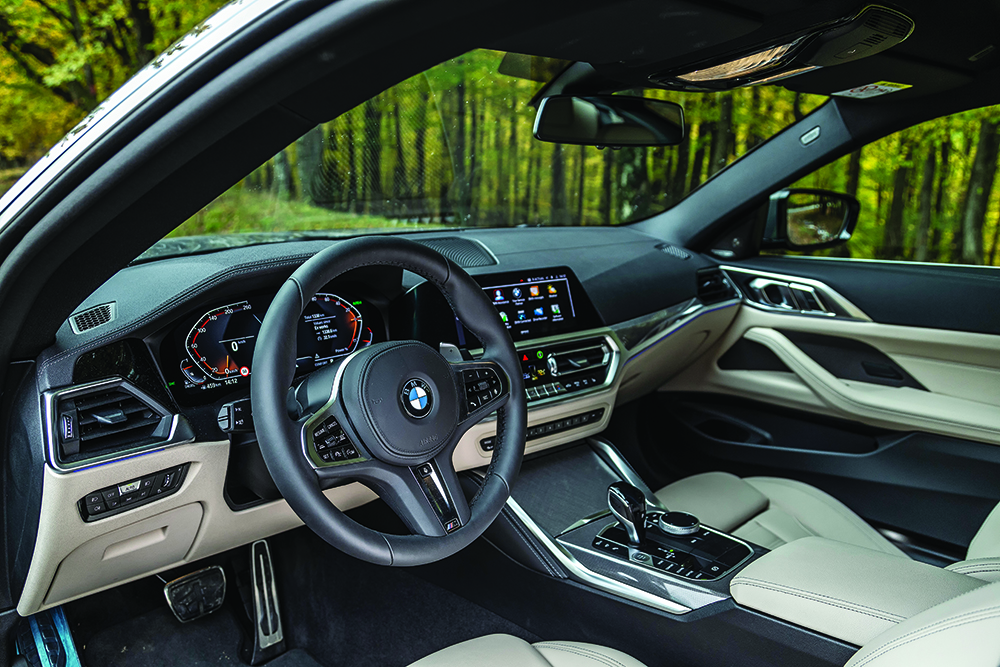 The interior is similar to the 3 Series, the only difference being the automatic arm that brings your seat belt closer when you get in the car, a luxury detail invented many years ago by Mercedes. Of course, as we expected, we must also note the very low driving position, which, in the case of the 4 Series, is 25 mm lower than in the sedan, practically the driver sitting almost on the floor. 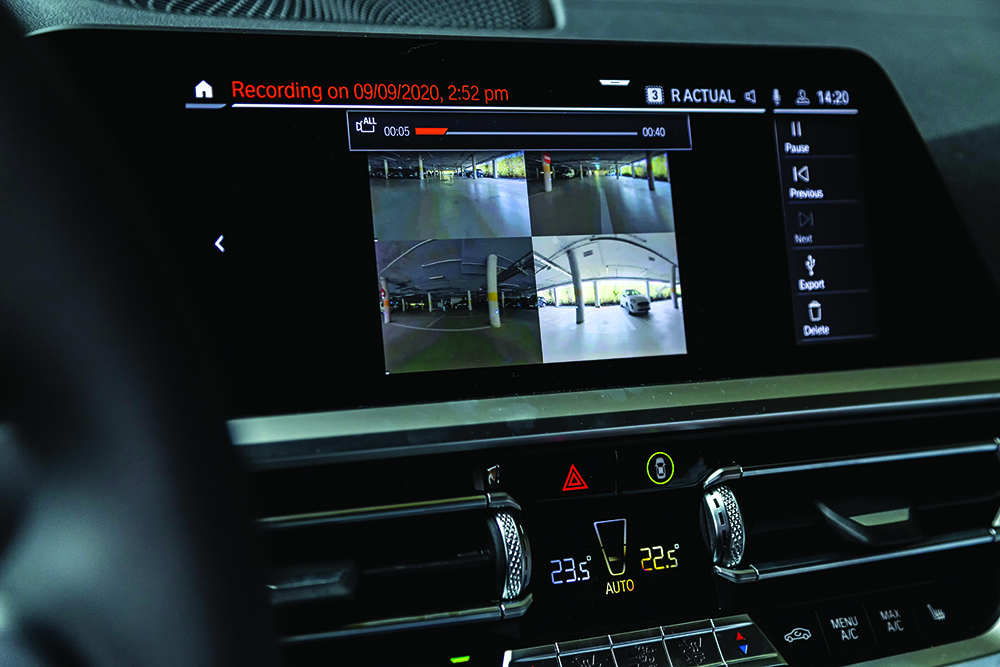 The dashboard, known since the 3 Series, is a successful combination of design, quality and functionality. Despite the trend of digitization, BMW has not given up on the iDrive system, which it has improved to perfection. In the age of touchpads, the iDrive controller is still the most ergonomic solution, which is joined by voice control with an alert and intelligent assistant, which can activate many things, from temperature control to finding the nearest hotel, but also call management , because it is compatible with Skype for Business and Office 365. Of course, the multimedia system screen is touch and there is also gesture control, which works very well. And for several months, BMW has also thought about those who have phones other than iPhone and offers, in addition to Apple CarPlay, Android Auto.

The most off-road Jeep has become greener