We are talking about Mosgortrans electric buses that run in Moscow with a special New Year decoration.

In Moscow, the traffic police fined drivers and officials responsible for releasing electric buses with festive light garlands per line. This was reported by Kommersant. According to them, the police began checking after the appeal of human rights activist, member of the expert group at the public council of the Federal Accreditation Committee, Grigorin Shukhman. We are talking about Mosgortrans electric buses with a special New Year decoration.

The department explained that the decoration of buses is a violation of the law “On Road Safety” and “Basic Provisions for the Admission of Vehicles to Operation”. In addition, the department began a new audit in connection with the use of underbody lighting on electric buses.

“A request has been sent to the manufacturer (KamAZ) about the conformity of the factory design for the availability of lighting devices under the bottom of the vehicle,” the traffic police said in the capital.

“The design was completed according to all requirements under the control of manufacturers. Decorated transport has already become a good tradition and a hallmark of the winter capital – it goes on routes for five years. There were no complaints from the traffic safety authorities, ”they said in Mosgortrans. 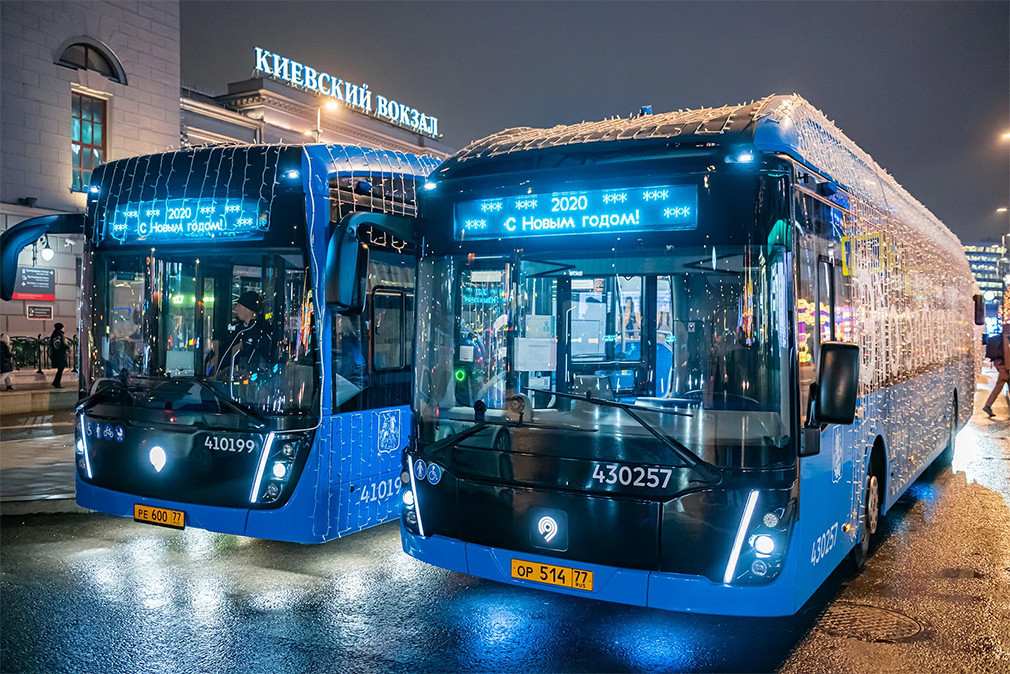 Volkswagen Polo recalled in Russia due to incorrect stickers