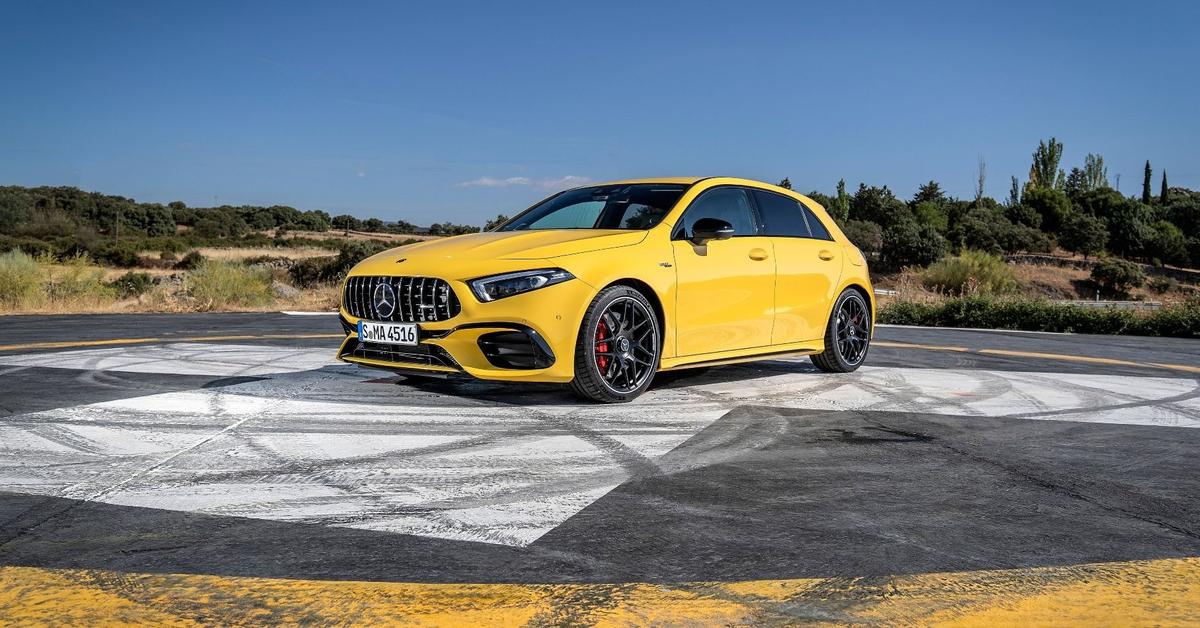 Mercedes-Benz has opened accepting orders and has announced prices for the “charged” A 45 S and CLA 45 S in Russia. Both models are driven by a 421-horsepower two-liter turbo engine that works in tandem with the eight-speed AMG Speedshift DCT-8G robotic gearbox with two wet clutches and 4Matic + all-wheel drive. The cost of the Mercedes-AMG A 45S is from 4.5 million rubles, and the CLA 45S is from 4.6 million rubles.

Only the “Special Version” of both models will be available in Russia. This means that by default, cars are provided with leather upholstery, a pair of screens (digital dashboard and multimedia display) with a diagonal of nine inches, LED optics and 19-inch wheels.

New items debuted this summer. They got the world’s most powerful four-cylinder engine and became the fastest cars in the class. Moreover, only the 421-strong version with the letter S in the name was brought to Russia, while in Europe there is also an option with a 387 horsepower engine.

Hot hatch A 45 S accelerates to “hundreds” in 3.9 seconds; the four-door CLA 45 S is one tenth of a second slower. The maximum speed of the cars is the same and is 250 kilometers per hour.

Both cars are equipped with a suspension with amplitude-dependent shock absorbers, and an adaptive AMG Ride Control with electronically controlled shock absorbers is available as an option. A drift mode is also provided when traction is transmitted to the rear wheels.