Rolls-Royce in Chinese: inside did without borrowing from the “British” 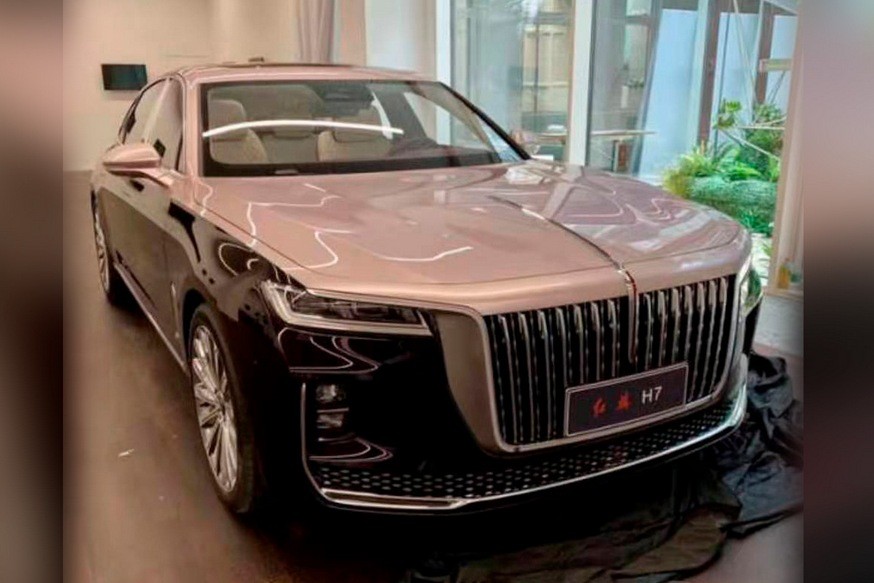 
The official sketches of the second-generation Hongqi H7 sedan were posted on the Web in July, and at the end of November a live photo of the new product appeared without any camouflage. And now the interior of the model is also illuminated – its pictures were published by the Chinese edition Autohome. Recall that the “first” H7 has been produced since 2013, it is built on the rear-wheel drive platform of the previous Toyota Crown. According to preliminary data, the new Hongqi sedan is based on a new “trolley”, already developed by the FAW group, which owns a luxury brand.

If outwardly the “seven” thanks to the almost rectangular radiator grille resembles the Rolls-Royce model, then the “Chinese” has its own interior: he received a virtual “tidy” and a multimedia system with a large screen, under which there are elongated airflow deflectors. Three “circles” are visible even lower – they are most likely responsible for the “climate”. There is also a puck on the central tunnel: local media write that it can be controlled by “multimedia”, but perhaps it switches the driving modes.

In addition, photos of the feed of the new H7 appeared – on these frames test samples glued with a masking film are captured. However, it does not bother to consider the vertical blocks of LED lights and double tailpipes of the exhaust system. Well, judging by the previously circulated drawings, the lights are interconnected by a red stripe.

By the way, since last fall, Giles Taylor, who previously worked at Rolls-Royce, has been responsible for the appearance of Hongqi cars. However, the first FAW sub-brand concepts with an exterior “based on” British luxury cars were presented even before Taylor’s transition – that is, the development of the “second” H7 was most likely started before it appeared, although he certainly had a hand in the sedan.

The second generation Hongqi H7 engine range includes the new FAW engine with the factory index 4GC20TD, it is paired with a two-clutch robotic gearbox. The Chinese report that this is a two-liter “turbo four”, which will have several power options, although the return has not yet been disclosed. It is only known that the maximum torque of the top version is 380 Nm, and the first “hundred” model with such an engine will pick up somewhere in eight seconds. The drive is most likely rear or full.

A new “seven” should be launched on the conveyor in May next year, a full presentation may be held earlier.

Hongqi cars aren’t sold outside of China, but the FAW has already begun to look closely at the European market – in September, the luxury brand debuted at the Frankfurt Motor Show with a couple of concepts.

The Russian Aurus has a strategy similar to Hongqi (and Rolls-Royce style design), our brand will also produce luxury cars for officials and private clients. Here only in the Russian Federation Auruses, according to updated data, will become “mass” only in 2021 – production will be established at the Sollers factory in Elabuga.