Relative Chevrolet Captiva: the six-seat version is coming, a change of design and name 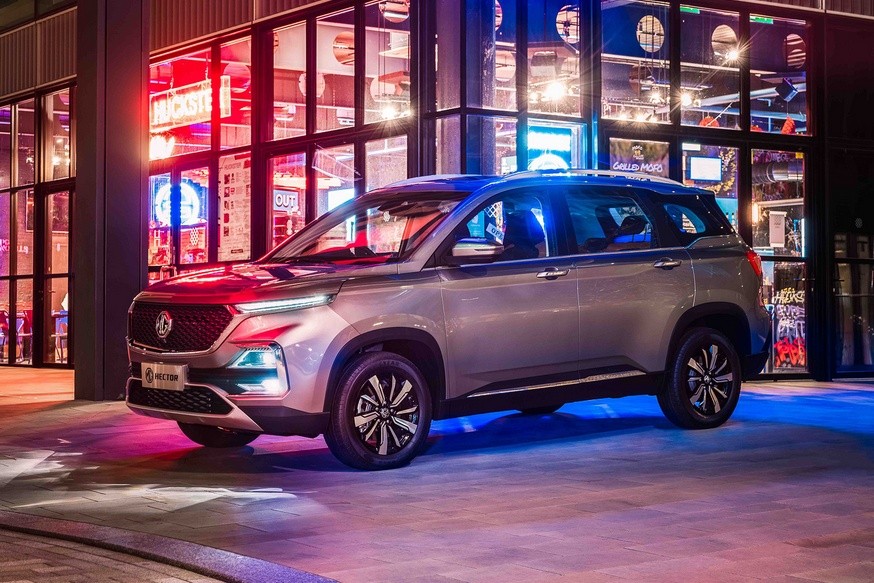 
The five-seat crossover MG Hector was launched in India in July this year, they sell cars of local assembly. The model is not developed from scratch, it is a converted Baojun 530, and the MG SUV became the third twin of the “Chinese”: in Indonesia, the 530th turned into Wuling Almaz, and in Thailand and South America it is positioned as a new generation Chevrolet Captiva. All cars differ in design. Recall that Baojun and Wuling are joint projects of General Motors and SAIC, and the MG brand belongs to a Chinese concern.

The Indians received Hector quite warmly – for five months he sold 12,909 copies. For comparison, Tata Harrier has gained 13,769 owners in eleven months. They plan to strengthen the positions of their SUV in MG due to the appearance of a six-seat version, the publication published photos of the novelty Rushlane. By the way, while only the Baojun 530 has a six-seat version, the “Chinese” also happens to be a seven-seat (like Captiva).

Pictures of the MG three-row crossover are of poor quality, but you can still see that it does not look like the five-seater Hector: the car has different bumpers and head optics in the photo, now there is more chrome in the front, and the “stuffing” has been replaced by the lights. In turn, the portal Autocar india reports that the six-seater SUV will also receive its own name. Which is still unknown. Tata went the same way: the seven-seater Harrier will be sold under the name Gravitas.

The technique of the new version of the MG SUV will probably come from the “standard” model. In India, the Hector is available with a petrol “turbo four” 1.5 with a capacity of 143 hp. (Baojun 530 also has such a motor) and Fiat’s Multijet II 2.0 turbo diesel (170 hp). Both engines are combined with a six-speed “mechanics”, the 1.5 engine still has a robotic gearbox with two clutches. In addition, the gasoline Hector may have a hybrid appendage – a 48-volt starter-generator that helps the motor in the first seconds of acceleration. All brothers have front-wheel drive.

The new modification will reach Indian dealers at the beginning of next year, the price has not yet been announced. A five-seat MG Hector costs from 1,248,000 rupees, which is equivalent to approximately 1,099,000 rubles at the current rate.

Later, the MG crossover should be sent for export, but the list of countries was not disclosed. However, in Russia this brand is not represented, as are Baojun and Wuling. The new Captiva will not come to us either, because Chevrolet decided to promote only expensive models in the Russian Federation.