Auction house Bonhams put up for sale one of the five hundred road sedans Alfa Romeo 75 Turbo Evoluzione. A sports car can find a new owner on February 6, at the annual auction of Les Grandes Marques de Monde during the days of retro cars. Estimated cost of the sedan is 120,000 – 180,000 euros. 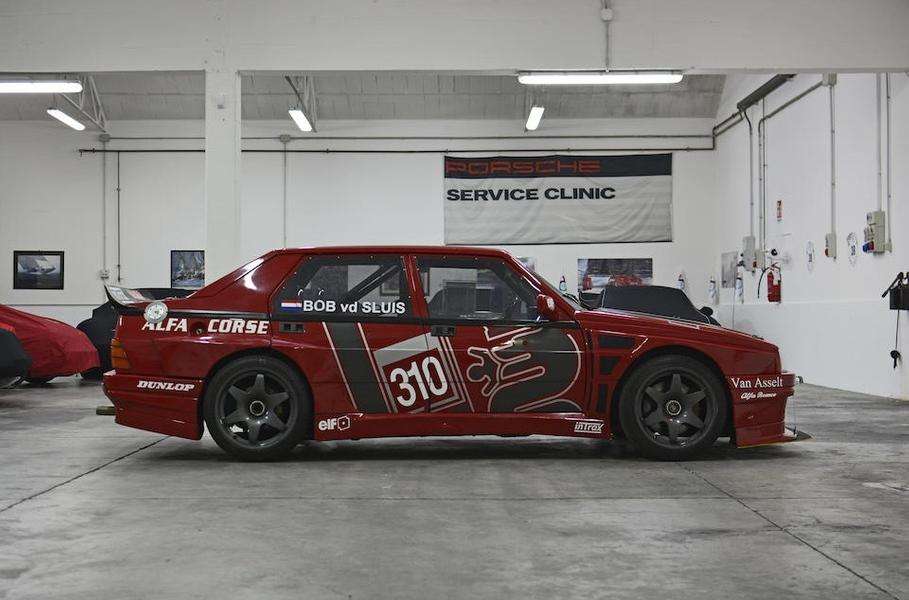 Five hundred Alfa Romeo 75 Turbo Evoluzione sedans were built in the 1980s to homologate Group A cars. From the usual Turbo version, this car was distinguished by a body kit, BWA alloy wheels and track settings for the chassis and suspension. Despite the fact that the motor in both sports cars was declared as 155-horsepower, in fact the output of the 75 Turbo Evoluzione was greater. Specialists Alfa Romeo improved the intake manifold and increased boost pressure.

The sports car for sale was built by the Alfa Corse motorsport division. The sedan complies with the A1 specification and was intended for the Italian Top Run Racing team. In 1991, it was sold to Euro Magnum Automotive Racing to participate in the Dutch bodywork championship.

After several races, the sedan was adapted to IMSA requirements. According to FCA Heritage, now it weighs 960 kg, and the output of the motor is about 400 hp.

The new S-Class captured without camouflage