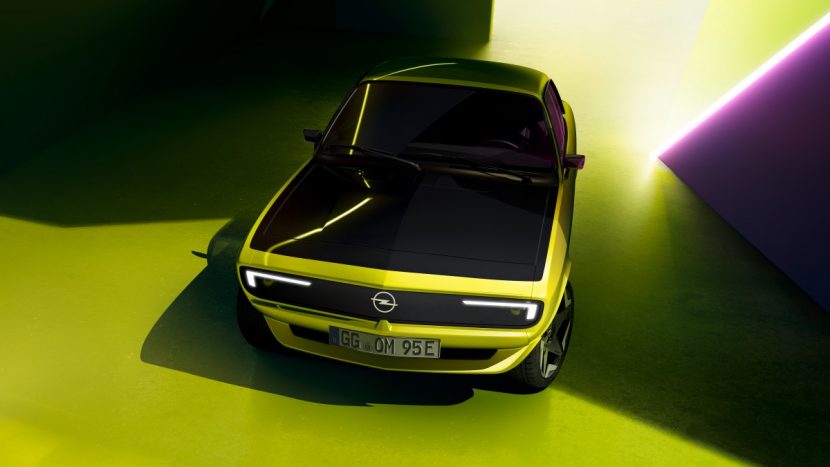 Opel has released a series of nine teaser images with the upcoming Manta GSe ElektroMOD electric project: the official launch will take place on May 19th.

Opel has released a new set of teaser images with the upcoming electric project called GSe ElektroMOD Blanket. Inspired by the classic Opel Manta from the 70’s, the new project will be unveiled on May 19.

The GSe ElektroMOD Manta prototype retains the classic design, but adds a number of futuristic elements.

The classic Manta model provided the inspiration for the new design element of the front, called the Opel Vizor, through the symmetrical arrangement of the headlights and the Opel Blitz emblem. The Viewfinder element is already used for the new Mokka and Crossland models. And now, the Opel Manta GSe ElektroMOD takes this element to a new level: Pixel-Viewfinder, an element that contains a digital display located on the front of the car.

Pixel-Viewer can display a series of messages: “My German heart has been ELEKTRified”, “I am an ElektroMOD” and “I am on a zero e-mission”.

Opel has not yet given details about the electrical system that will be used by the Opel Manta GSe ElektroMOD model, but we will find out more details on May 19th.

Ferrari robbed of design rights for the most expensive model

Named the first region where the “smart road” will work