New Kia Optima: with all-wheel drive and a 290-horsepower engine (and possibly with a different name) 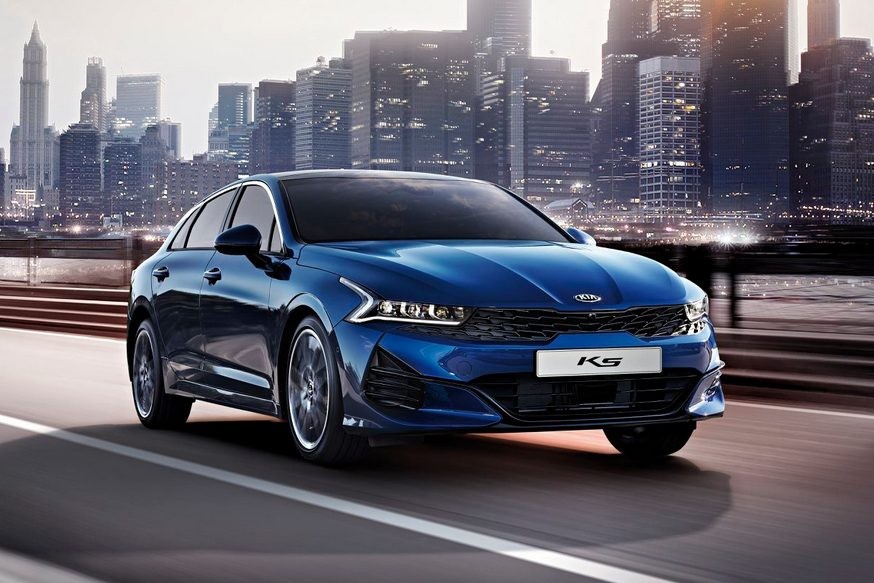 
In Korea, sales of the new Kia sedan started last week, where the model, which is known under the name Optima in other markets, carries the K5 index. Now disclosed details about the “world” version. It is curious that in the company’s latest release the “four-door” is called exclusively K5, and a few days ago there appeared information on the Web that the global sedan would be renamed. It is possible that this happened. At least with the flagship Quoris, the brand turned this trick: after a generational change, it is sold under the K900 index (including in Russia).

The exterior design of the global K5 / Optima is the same as that of the car available in the Kia homeland, that is, we have a fastback-style sedan. So, the new “four-door” now has a heavily “littered” roof and a “short” trunk, an aggressive front bumper and a more embossed hood. LED headlights with “strokes” of daytime running lights are integrated into the grille, as it were, and the taillights are made in a single line with a “dotted line”. The length of the model increased by 50 mm to 4905 mm, the size of the wheelbase was increased by 45 mm to 2850 mm. The width has not changed (1860 mm), but the height is cut down by 20 mm and from now on is 1445 mm. The sedan has 16-, 17- or 18-inch wheels.

In addition, the announced “charged” version of the GT with 19-inch wheels. The “hot” option on company photos has not yet been lit, but previously such a car was already caught in Korea. Among the external features (in addition to discs) are round twin tailpipes of the exhaust system.

The interior of the “world” model in Kia also has not yet been shown, however, most likely, the interior is the same as the Korean version: inside there are new front panel, a central tunnel and a steering wheel, a “virtual” tidy and a multimedia system with a large touchscreen, and The puck is now responsible for gear shifting. Also in the arsenal of new items appear a remote parking assistant (you can park Optima in a bottleneck from the phone), a projection display, adaptive cruise control, and a lane keeping system.

In terms of technology, perhaps the main thing, the difference is that for the global version (for the first time for the model) four-wheel drive is provided, while in Korea the “four-door” K5 is only front-wheel drive.

Finally, for the “charged” Kia sedan with a GT nameplate, a 2.5 T-GDi turbo engine with 290 hp is announced. and 422 Nm (the upcoming Hyundai Sonata N Line will also have this engine). With such an engine, the “four-door” will pick up the first “hundred” somewhere in 6.6 seconds. The K5 GT model with 2.5 T-GDi has so far been announced only for the USA, but probably the hot version will also be sold in other countries.

Engines are combined with a six- or eight-speed automatic, and the 290-horsepower 2.5 T-GDi can still be equipped with a new eight-speed robotic gearbox with two wet clutches (8DCT). In addition, the “four-door” has a movement selection system (there are five in total: Smart, Comfort, Eco, Sport and Custom).

In some foreign markets, the Kia sedan starts in the first half of next year. The new model will also reach Russia, but the exact dates are unknown. The characteristics of our version will be revealed later. By the way, it is likely that in Russia the sedan will still retain the recognizable name Optima.