A video of the 2020 Chevrolet Corvette C8 sports car that lost its wheels was published by Motor Trend. As you can see on the video, the sports “two-door” worth 60 thousand dollars is on concrete blocks, the back of the body resting on the asphalt. Nearby on the snow are fastening nuts thrown in a hurry.

Who owns the car is not known. In all likelihood, the car may belong to General Motors, as evidenced by the sticker “1” on the windshield, but how the prototype was parked in the middle of Detroit is not clear.

The choice of the car itself is not clear. The new Corvette debuted only last summer, and not many cars have been released at the moment. And it’s unlikely that they managed to “wear out” during this time. So selling stolen thieves will not be easy. On the other hand, a full set of new tires for the C8 costs more than $ 1,000, and a factory set of wheels can cost twice as much. 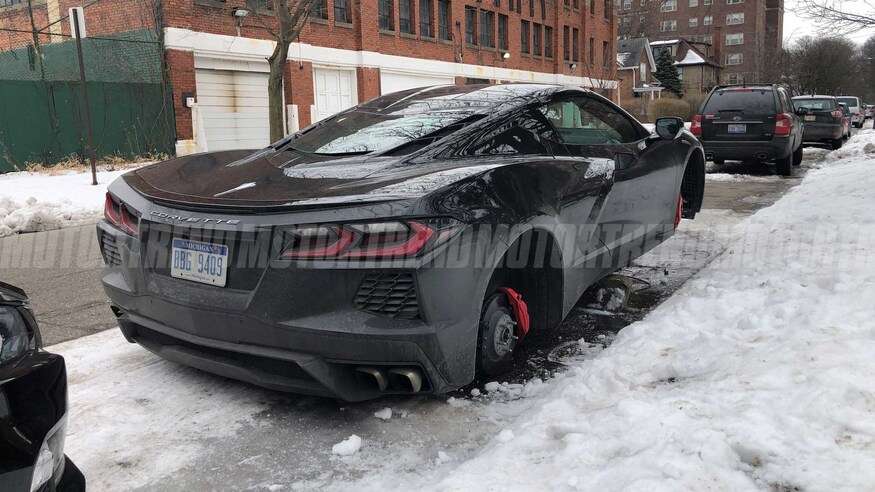 In early January, the new Chevrolet Corvette was part of another incident. Taking advantage of their official position, General Motors engineers staged test sports races in the streets of Bowling Green, Kentucky and were arrested by a police patrol for speeding.

Skoda has confirmed the hybrid installation for the new “charged” Octavia

Skoda has confirmed the hybrid installation for the new "charged" Octavia

In Russia, new rules for passing an exam on law have been legalized

Kia has unveiled a new crossover