For seven decades, all-terrain vehicles Mercedes-Benz Unimog have established themselves as reliable vehicles for scientific expeditions in various climatic conditions. And here is a new achievement – a group of 10 people in two Unimog U 5023 cars drove into the world’s highest (6893 m) active volcano Ojos de Salado, located in Chile.

Two cars went to the mountains with an important mission – to deliver radio units to four high-altitude camps. And they succeeded. Just imagine, one of the camps – Amistad is located at an altitude of 6100 m. But the team of one of the cars decided to go even further and climbed to a height of 6694 m. 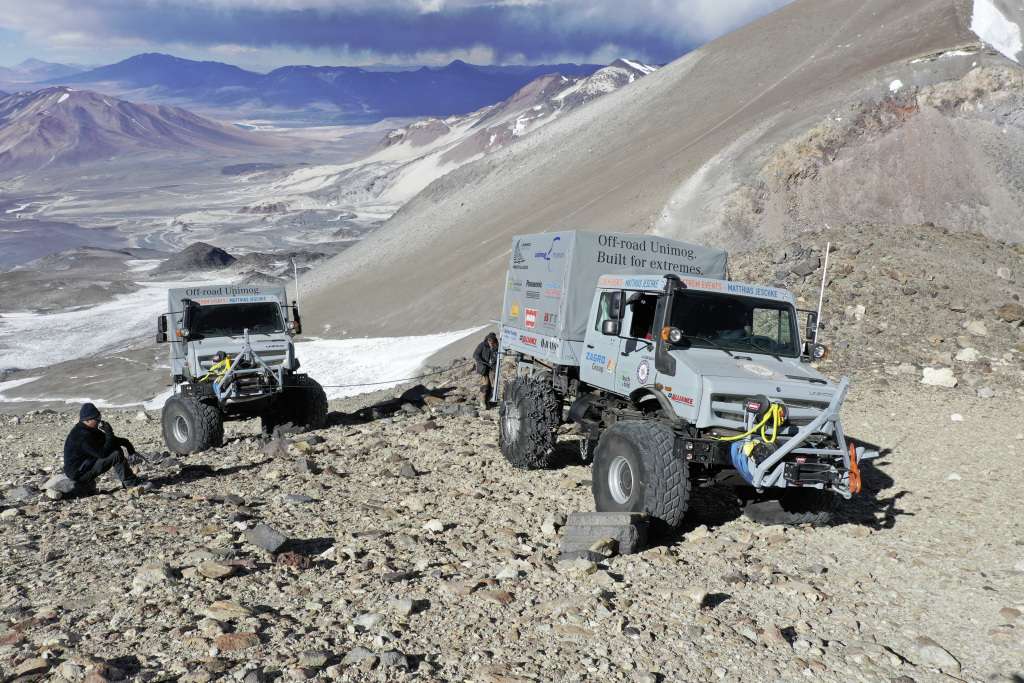 Thus, the owner of Extrem Events, Matthias Jäsche and his team not only broke their own record at Mercedes-Benz Zetros in 2014, they also set an absolute world record for a wheeled vehicle that drove so high above sea level. 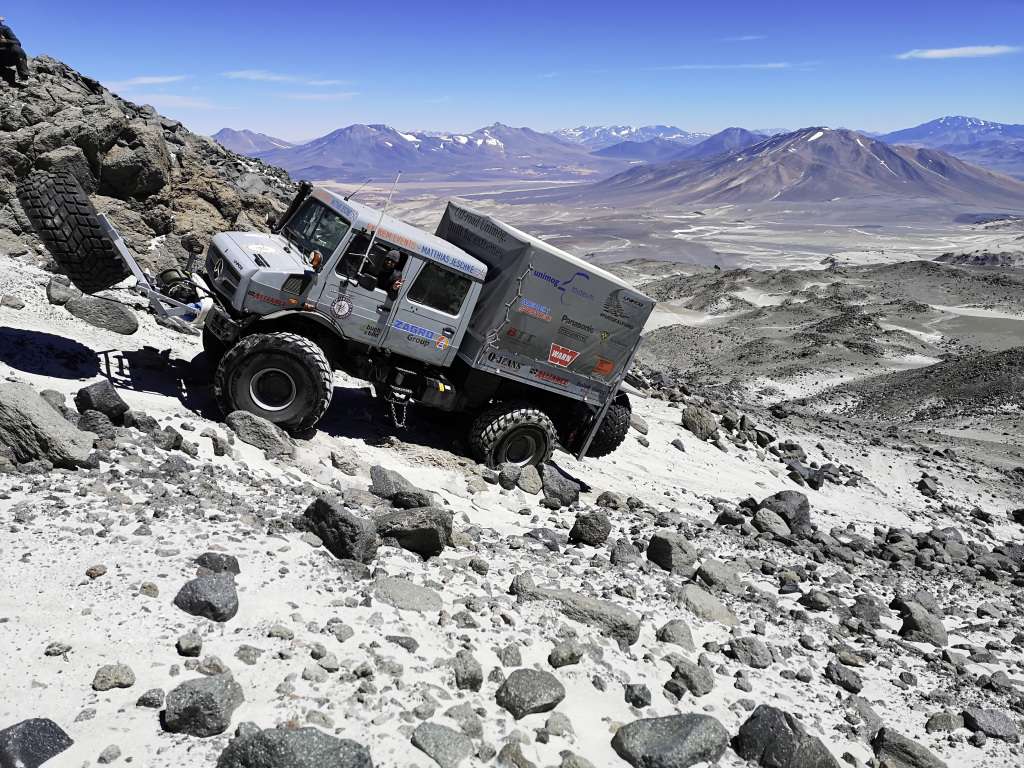 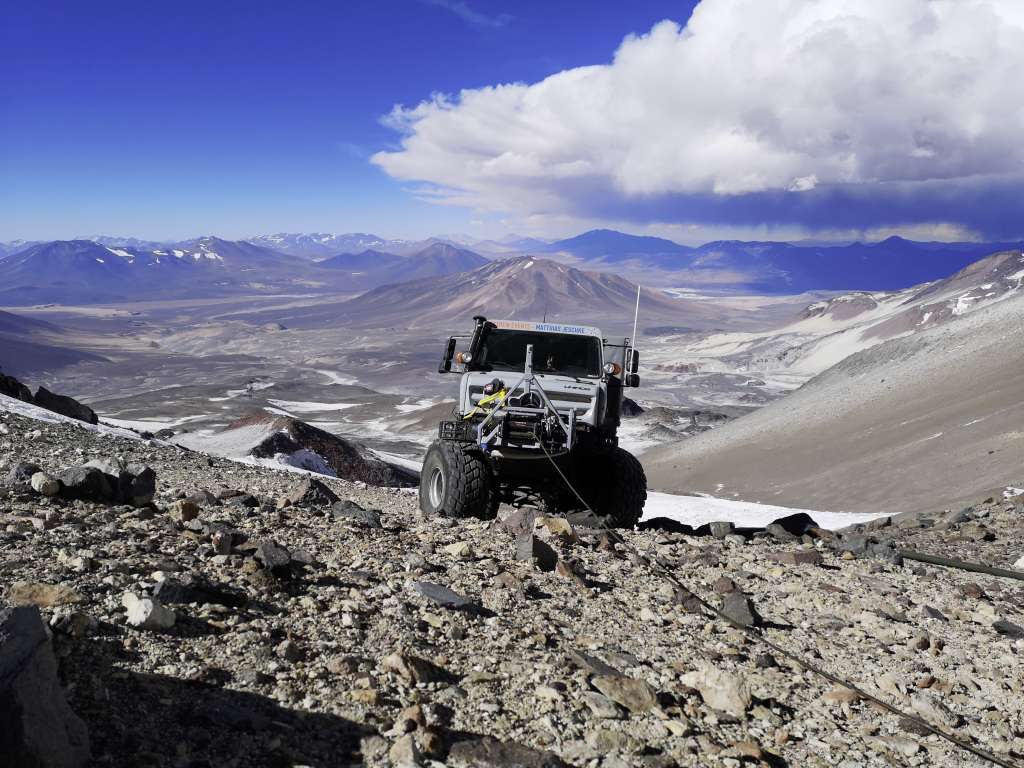 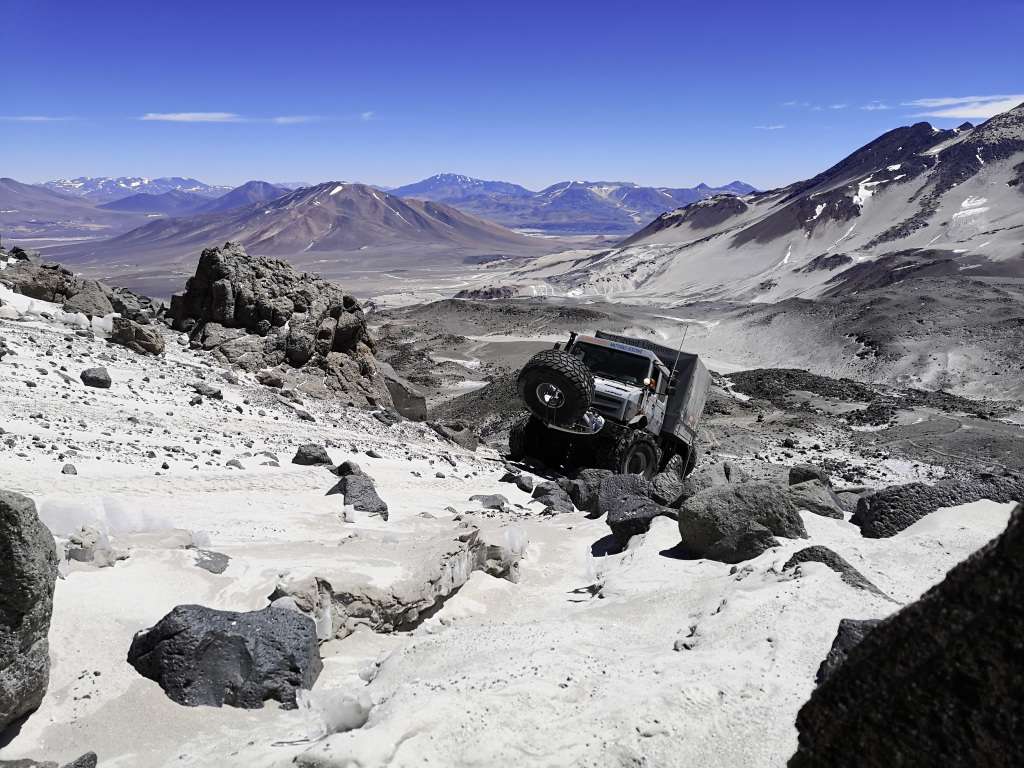 What is special equipment from China for Ukrainian rescuers (video)

In Moscow there will be “smart” underground parking & nbsp

Bosch came up with how to wean drivers distracted by smartphones

Nissan is going to reduce annual production by 1 million cars