Mazda is 100 years old: remember how it was

Today, January 30, 2020, the Japanese car manufacturer Mazda is 100 years old. Over the century, the company’s factories have produced truly exciting things, which include a rotary engine, which first took its place in the Cosmo Sport 110S, and later gained immense popularity under the hoods of RX series cars.

Mazda is also the creator of the most popular roadster in the world. His name is MX-5 and, starting from the first day of production back in 1989, more than a million buyers liked the car. Speaking about the modern achievements of the Japanese automaker, it is impossible not to mention their line of Skyactive-X gasoline engines, which operate on the principle of a diesel engine, igniting the combustible mixture with compression, rather than a spark.

But today it would be much more correct to discuss the history of this phenomenal brand and it will be discussed. To begin with, recall that in 1991 Mazda won the 24-hour Le Mans race, becoming the first ever automaker from the land of the rising sun to succeed. But not so long ago, wooden products were produced under this name. In 1921, in Hiroshima, a man named Jujiro Matsuda led Toyo Cork Kogyo Co. From that moment, all production switched to the production of machine tools, and after a while the first car came off the assembly line. It became the truck Mazda-Go, which has become a very successful and promising product, despite the presence of only 3 wheels. He went on sale in 1931. In 1938, it was equipped with a 4-speed gearbox, which reduced fuel consumption by more than 20%. During World War II, a nuclear attack hit Hiroshima, but even this could not lead the producer astray. 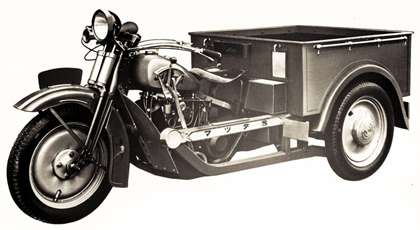 After the war, the factories were aimed exclusively at the release of trucks. However, in 1960, the Mazda R360 entered production, which became another hit of the Japanese brand.

Let’s move on to the history of the Mazda rotary engine or, as it is also called, the Wankel engine. In 1961, the Japanese manufacturer entered into an agreement with the German company NSU, under which he was supposed to supply these same engines. However, nothing of the way came of it. But this failure pushed the engineers to a completely different solution, which was doomed to success. In 1968, the legendary Cosmo Sport 110S leaves the Mazda workshops. It was from him that the well-known Mazda RX-7, RX-8 and the very Mazda 787B that Le Mans had already evolved. Almost every employee of the company dreams of reviving this power plant, and fans of the brand even more so. Rumors about a Mazda RX-9 sports car have been around for a long time, but so far these are just rumors.

“Over the next 100 years, we will continue to create unique products, technologies and experience that our customers like so much,” said Akira Marumoto, President and CEO.

Test of the finalists of the action Car of the Year in Ukraine 2020: how was the decisive race

Volvo V90CC – the perfect option instead of a crossover?

Volvo V90CC - the perfect option instead of a crossover?

Volkswagen showed the new Arteon the day before the debut (video)

Named the most trouble-free female names