Maxim Shkil: consider Audi AI: ME a greeting from the XXII century

Well, here it is 2020th. We are still talking and getting into cars that drive on the ground. And yet, some of the changes that have already taken place make the world around us completely different. So, right now they still do not have a direct impact on our daily lives, but this is only a matter of time.

One example of such changes is the CES (Consumer Electronics Show) Electronics Show, held annually in January in Las Vegas. What is so special about this? The fact is that now about 200,000 visitors see on the stands not only smartphones, tablets, etc., but also the development of car manufacturers. 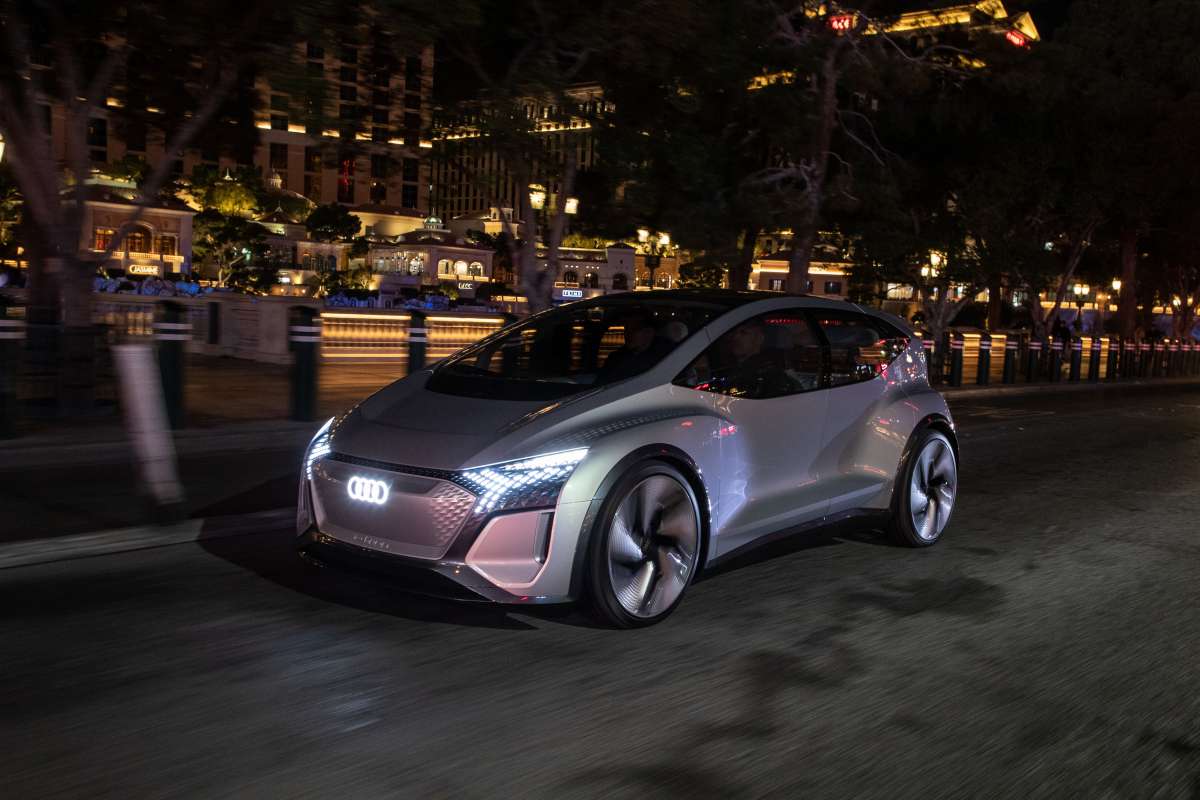 This time, a team from Ingolstadt also brought their version of a vision for the future at CES. Please note: this is the reappearance of Audi AI: ME at a world-class exhibition – the car was first shown in April 2019 at a motor show in Shanghai. Thus, the manufacturer emphasized the importance of AI: ME. Moreover, this is not a concept demonstrating the latest developments of the company, which will soon go into mass production. No, this is exactly the image of how the “rings” see the future, in which the automotive industry and digital reality will become inextricable concepts. It was this image of the mobile future that became the topic of our conversation with Maxim Shkil, the founder of Audi Center Odessa South. 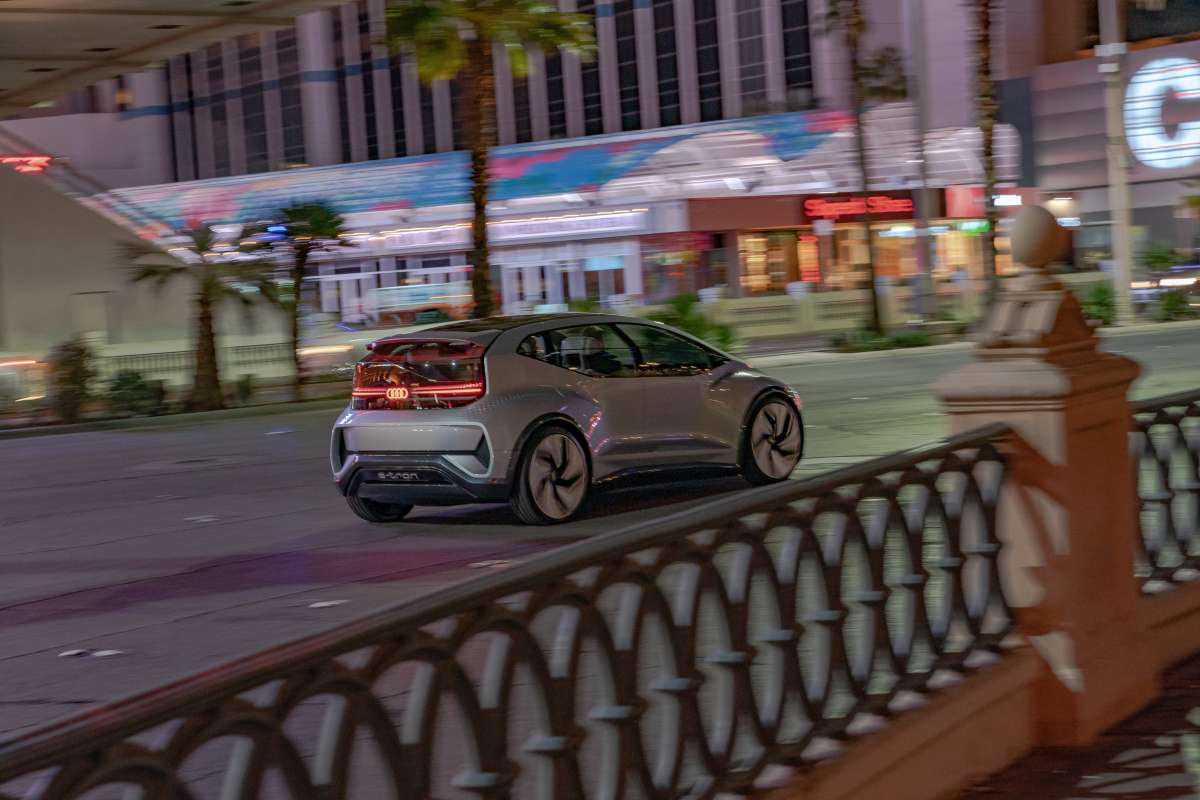 – Maxim Viktorovich, Audi The year 2020 began with a demonstration of the car, the name of which eloquently speaks of how the company sees the future of the car. More precisely, what the car will turn into, because the combination of letters AI: ME

– I completely agree: the combination of the letters AI by the creators of the machine – that is, “artificial intelligence” (artificial intelligence) and ME – that is, “I” – does not require any special explanation. And given the current trends in the development of mankind, such a combination is quite natural. But I would like to start the conversation about Audi AI: ME with a reminder: today the manufacturers have adopted the classification of control varieties from 0 to 5. Zero level is the complete control and responsibility of the driver for the control process. Accordingly, the fifth level is an absolutely autonomous piloting of the vehicle with electronics, where human intervention is not required and therefore there are no familiar controls. At the moment, automakers do not produce a single model with a third level of piloting, where the driver would control neither the situation on the road, but the actions of the electronics, which actually makes the decision about overtaking, braking and the like. At the same time, it is already known that in 2025-2030 the first level 5 autopilot systems will appear, completely independent of human intervention. 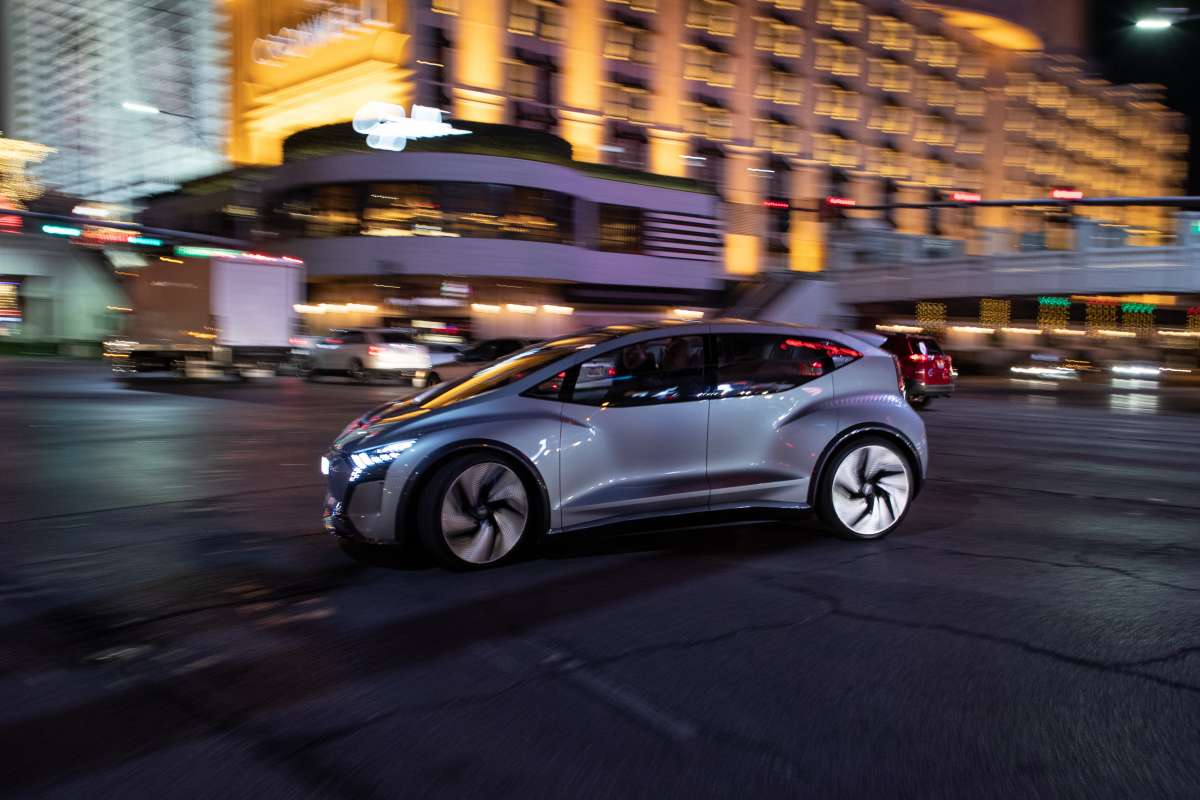 – Audi AI: ME is a vehicle with what level of piloting?

– This is the fourth level, which allows the driver to not control the operation of the autopilot, but if necessary, he should be ready to intervene in the control (for this purpose, the steering wheel is designed, which folds under a shelf in front of the driver). Audi AI: ME clearly demonstrates what fundamental changes will occur with the concept of personal transportation. Two things remain unchanged: firstly, a person physically moves in space from point A to point B. And secondly, this happens on the ground. But the method of movement – not only the driving force, but the vehicle as such – and its filling, will have a completely different meaning. 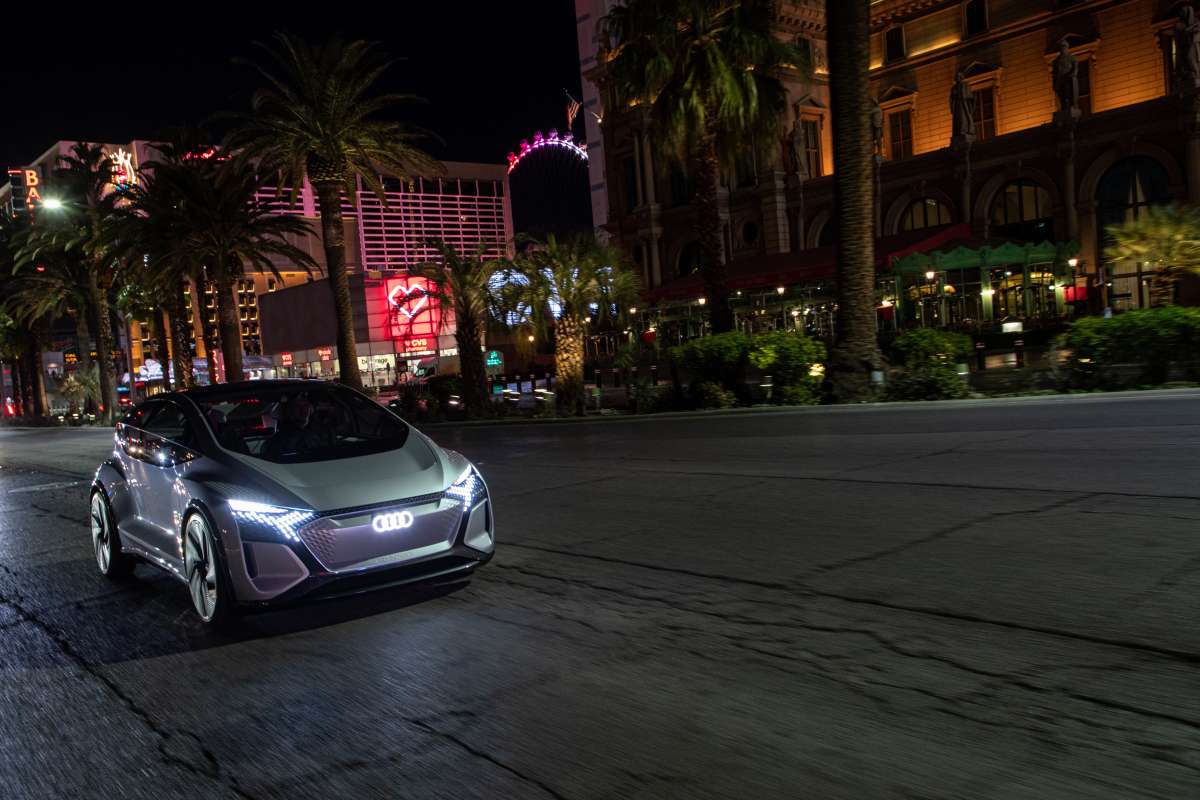 – “Filling.” As for me, this is a very accurate definition of what will happen when traveling by car.

– Yes, it is a question of filling, since the notion of driving pleasure that is familiar to us today will go into oblivion, sooner or later. It is very sad to realize, but it seems that everything is going to that. And the owner – or the user, if it comes to short-term car rental – will not enjoy driving a vehicle, but rather the efficiency of the time spent, because during the trip it becomes possible to devote your attention to something interesting and useful. 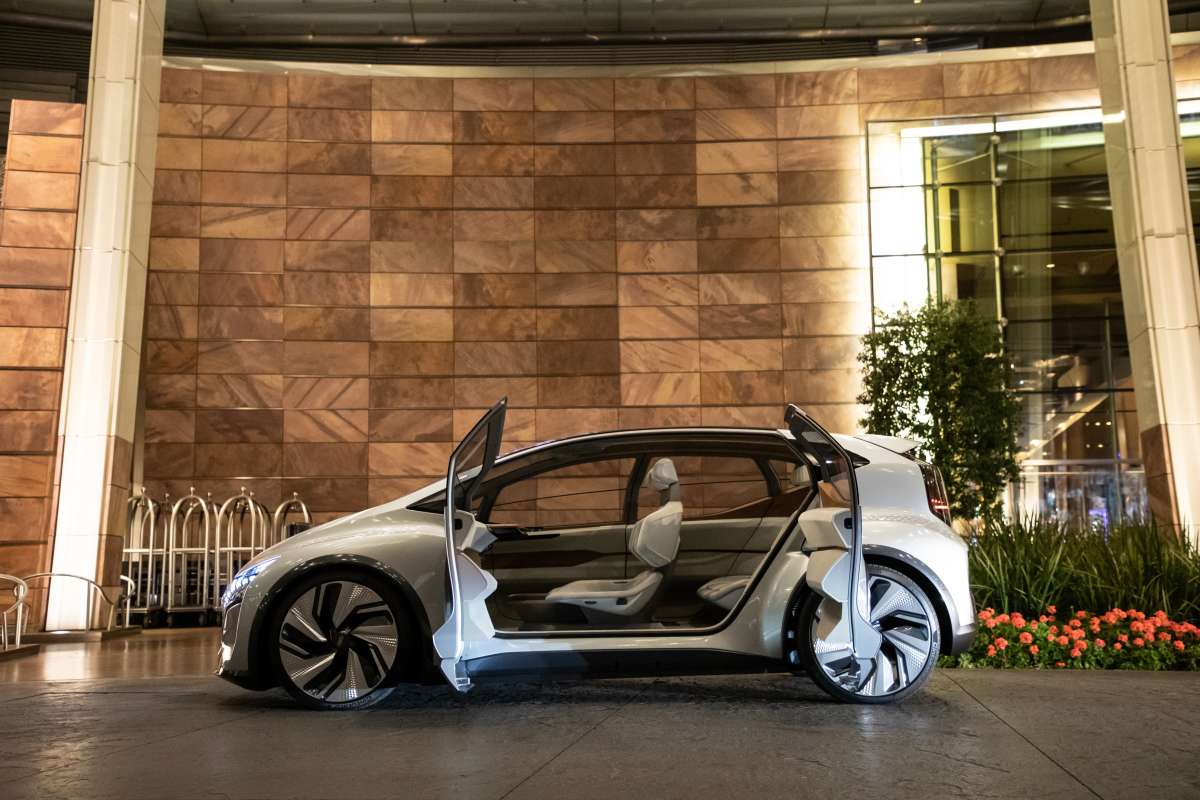 – It immediately comes to mind when communicating with the family, reading or planning a working day, if it’s weekdays. After all, finding something you need on the Internet …

– Exactly, this is what immediately comes to mind today. But we are talking about a car that is a vision of the future. Therefore, when traveling on Audi AI: ME, you can wear virtual reality glasses and enjoy, for example, magnificent mountain landscapes to pleasant music – the machine will adapt the virtual reality picture to the driving conditions. At the same time, relaxation on the way to work can be supplemented by ordering your favorite coffee and croissants using the eye tracking system (it is integrated into the central screen under the windshield), which will allow you to feel what control of vehicle functionality on an intuitive level is. And the ordered food will arrive at your destination on time due to the fact that the delivery is coordinated with the performance of the Audi AI: ME navigation system. 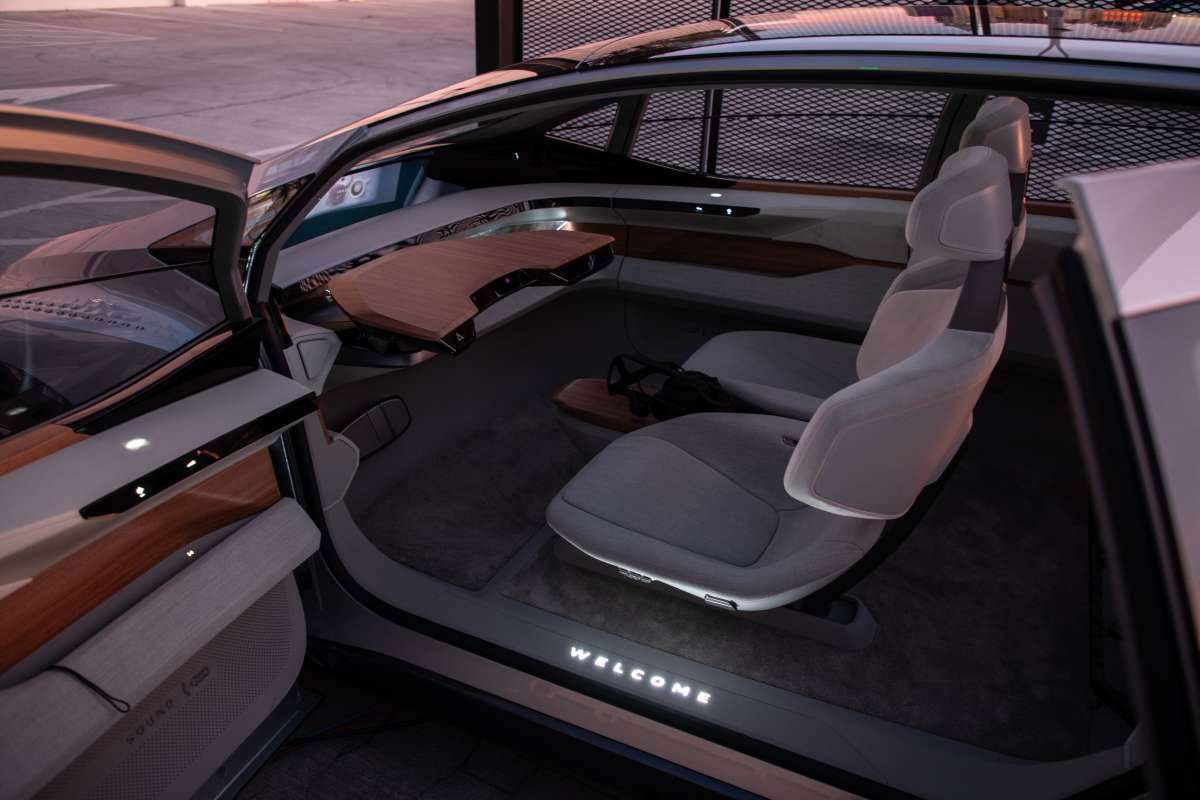 – Is it a design of engineers or is it already existing solutions?

– In Las Vegas, journalists had the opportunity to try out all the possibilities of AI: ME. That is, we are talking about already implemented solutions: people get into the car, wear virtual reality glasses and enjoy the views, meanwhile approaching the destination. I want to emphasize separately that thanks to the opportunities that artificial intelligence provides, Audi introduces the concept of mobile empathy – that is, the deep involvement of the vehicle in your movement. This is already the level when moving from point A to point B is something completely understandable and we are talking about satisfying other needs that arise during the trip, in which the driver’s participation is practically not needed. Audi says that thanks to mobile empathy, the owner gets a “third living space” – in addition to his home and work. 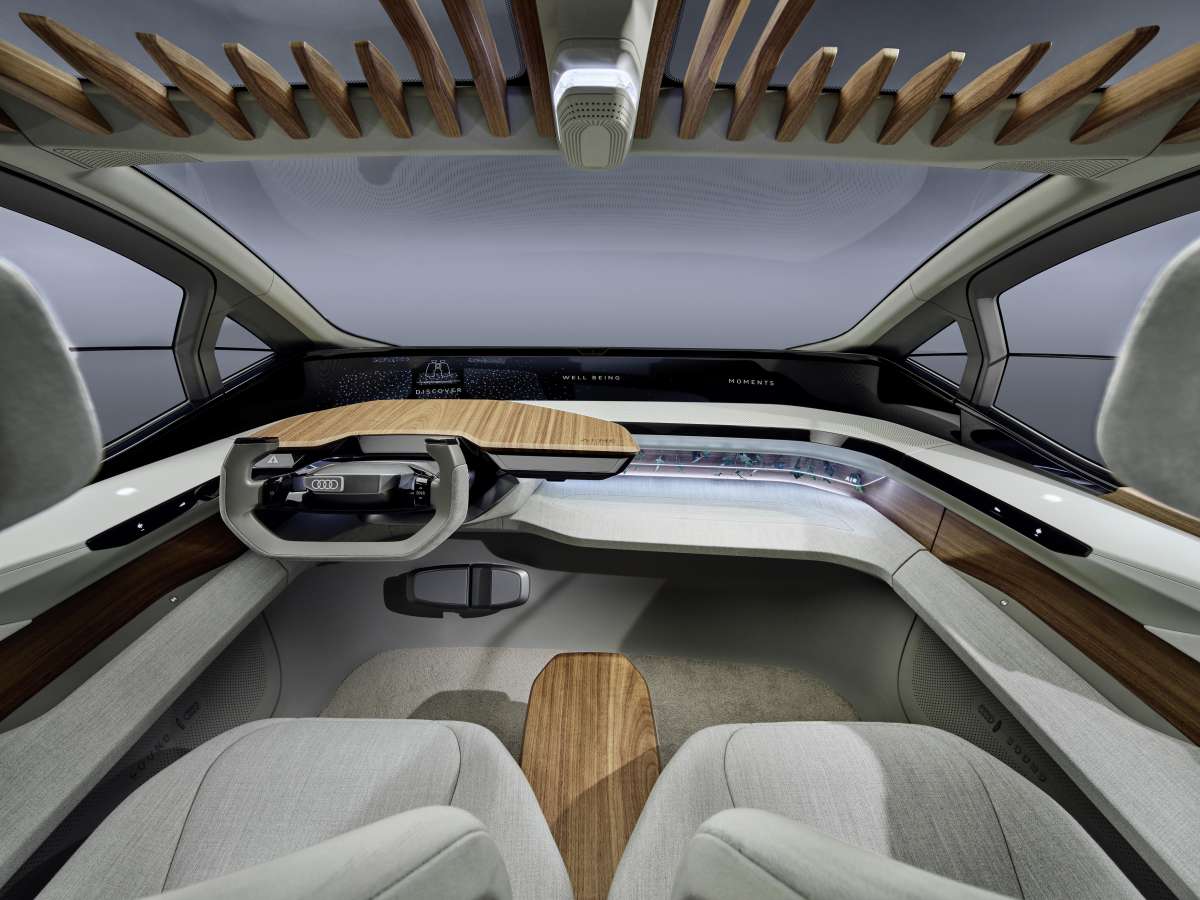 – If possible, a little more about this concept. What is mobile empathy?

– Imagine that the car knows your habits. Take the food delivery mentioned above: for example, usually you combine 2-3 order options with each other. Thus, you will have to spend time and intervene in the morning order of your favorite coffee, tea and croissants or burgers only if today you want something special. And usually the machine will be able to save your time by placing an order and controlling delivery on your own. I’m not talking about the memory of the usual seat settings, musical accompaniment of the trip, route options and even the aroma of the cabin – most of these things are already available in modern cars. For example, the navigation system of the current MMI infotainment complex from Audi has a learning function. And returning to mobile empathy, one should not forget that, taking into account the road circumstances, the car is already able to offer its own variant of the optimal route, take into account the optimal temperature in the cabin according to the weather, offer a tonic bouquet of aromas and appropriate music … And this is just the beginning. 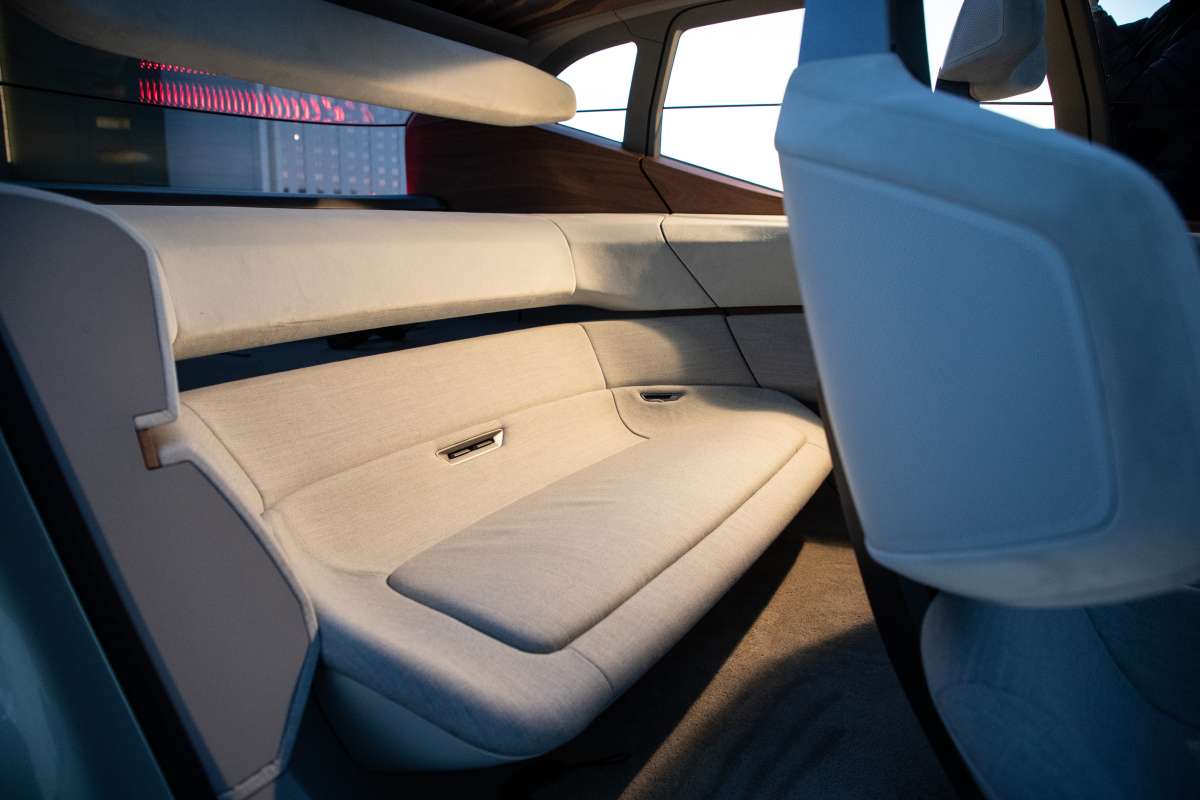 – We have not yet mentioned the power unit. Audi AI: ME – is it an electric car or a hybrid?

– This is an electric car. In short, Audi is now portraying the future as follows: electric fully integrated into the outside world. Therefore, AI: ME has a special meaning: the machine is created in full accordance with this philosophy. But since it will not have a direct production continuation – it is still an image, not a pre-production concept car – Audi does not provide such characteristics as the autonomous movement reserve or the time required to charge the battery up to 80% and up to 100%. However, I promise: in the near future we will return to these indicators – but we will talk about technology that is much closer to our real life.

– Last question. What do you think: how quickly in the production models will be implemented those developments that we saw in AI: ME?

– Now, in 2020, we have received a vision of the vehicle that Audi sees in the future. Such a “hello from the XXII century.” Therefore, I will refrain from any specific figures. But my personal opinion is this: even if the piloting automation process drags on for decades, we are more likely to quickly get in serial cars and electric cars at least part of the complex that has received the name “mobile empathy.” Already for the sake of this it was worth creating the Audi AI: ME.

See how the new Mercedes-Benz S-Class will look

The premiere date of the Porsche 911 Turbo has become known

Young African built a car out of trash