Ioniq 6 sedan and Ioniq 7 SUV, soon on the market. What to expect 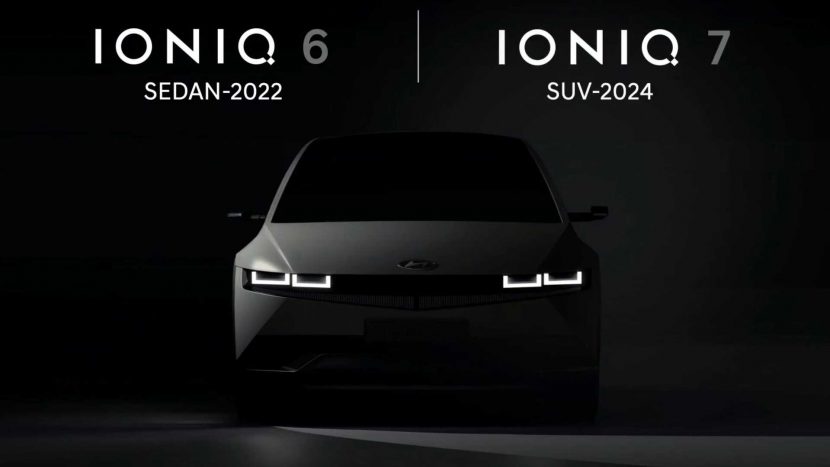 After hitting the Ioniq 5 SUV, Hyundai will introduce two more electric models in production. The Ioniq 6 sedan will be the first to be launched in 2022. It will be followed, in 2024, by the Ioniq 7 SUV.

The Koreans are on the wave. The first electric model sold under the Ioniq brand is the Ioniq 5 mid-class crossover. All 3000 units belonging to the launch series were purchased in less than 24 hours. In Romania, prices start at 46,410 euros (35,715 euros through the Rabla program). You can see the whole price list here.

The emergence of Ioniq 5 is the first step in the company’s journey into the realm of electrical technology, which will bring it closer to achieving its “clean” mobility targets. Following the launch of the Ioniq 5, Hyundai will expand its electric vehicle line with the Ioniq 6 mid-class sedan and the large electric Ioniq 7 SUV, ”the company said in a statement.

So, soon, the Ioniq family will grow. Crossover 5 will be joined, in the first phase, by sedan 6. It will be based on the Hyundai Prophecy concept and will see the light of day next year. We hope that it will keep its harmonious lines, and that it will look like a sedan-coupe. Then, in 2024, the Ioniq 7 will complete the range.

Although there are no details about future models, we can make some assumptions, based on the details we know from Ioniq 5. For example, that the SUV 7 will have three rows of seats. Or that the autonomy of the two models could approach 650 km in the top version.

Top 5 benefits you get thanks to the car rental service

New health checkup rules for drivers: the decision date has been announced!