In Ukraine, more and more drink at the wheel: shocking statistics of 2019

Drunk driving often ends in disrepair. In addition to the fact that such a violation of traffic rules threatens serious responsibility, the driver under the influence of alcohol threatens not only his life, but also the life and health of others.

How many fines do not increase, and the number of cases of driving under the influence of alcohol or other psychotropic drugs does not decrease at all. Some say that this is our mentality, while others sin on insufficient penalties, but the fact remains – in 2019, they brought to responsibility for driving while intoxicated 115,000 drivers. And this is only an officially recorded figure. And how many of those who managed to avoid responsibility for one reason or another? The figures are terrifying …

In the past year alone, drunk people have committed 1216 accident, in which 106 people died and another 1616 received injuries of varying degrees of difficulty. Alcohol is a rather insidious “buddy”. Even a small dose can dull the attention of even the most experienced driver, who, despite all his professionalism, simply will not notice the rapidly changing situation on the road.

In conclusion, it is worth noting that the record holders of the entire list are Kiev and Dnepropetrovskas well as directly Kiev. The number of fines here reaches 7309, 13 075 and 11 737 person accordingly. 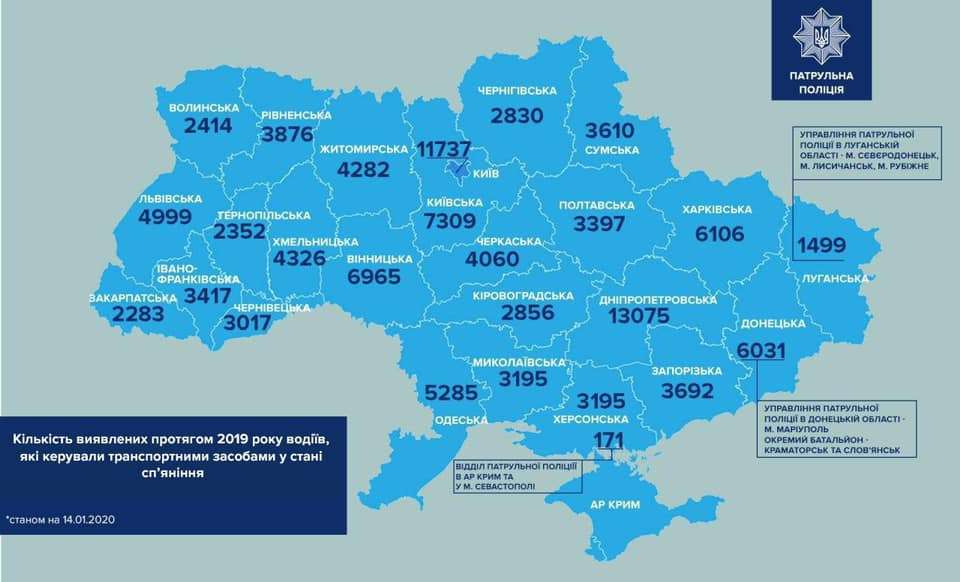 What is known about the new crossover Kia Sportage 2022