I’m afraid to ride my bike in Bucharest

Nicusor Dan, the general mayor of the Capital, declared that he is afraid to ride a bicycle in Bucharest because of the cars in traffic, and the Minister of Environment considers that amendments to the Road Code will be needed to ensure the safety of cyclists. 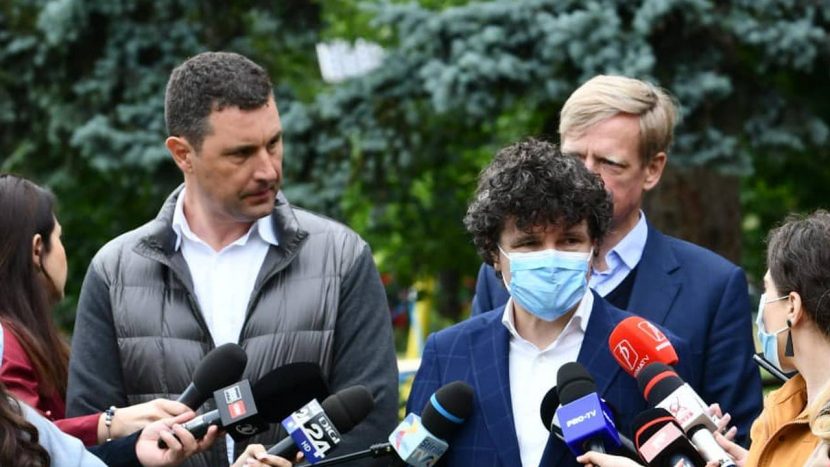 At the end of a debate on sustainable transport in Romania, organized on the occasion of World Bicycle Day, Nicușor Dan stated that “I am afraid to ride a bicycle in Bucharest. I have to cross paths with cars. “

He came to the event by bicycle, together with the Minister of Environment, Barna Tanczos. President Klaus Iohannis also took part in the debate, who came and rode his bicycle.

Asked if the head of state is in danger on the way to the Cotroceni Palace, Nicusor Dan answered: “No, he will go there on arranged tracks”.

Minister of the Environment: There is a need for a culture of bicycle use in cities

Also present at the event, Tanczos Barna, Minister of Environment said that when we talk about using a bicycle, “we are talking about a culture, we are talking about a lifestyle, we are talking about something that is not yet very popular in Romania, we are talking about creating culture bicycle use in cities in the first place. (…) Today, somewhere in the Hilton (…) area, I got out of the car and took an electric scooter. (…) I was alone on the bike path from the Government to here (in Herăstrău Park, no.). So I didn’t see any bicycles riding on that track. Even in places where infrastructure is created, it is little used. It is certainly true that it takes hundreds of kilometers (bicycle lanes, no.) To create networks, to create the possibility to get from point A to B in several variants, on several routes ”.

At the same time, the minister stressed that cyclists must comply with traffic rules. “Another aspect: the bike is healthy, accidents can happen, it’s good to see who is next to you so you can support him if something happens. Even small incidents can happen to a professional. (…) Whoever starts cycling will surely fall once, twice, several times… It is very important to take care to respect the traffic rules, to take care of us and the other traffic participants. (…) Cycling, beyond the fact that it is healthy, is a way that has minimal pollution impact and even in Bucharest you can go safely, if you respect the traffic rules and if you take care of a few cars, because cyclists have to take care of the cars that do not take care of the cyclist “, continued Barna Tanczos.

“Three months ago, the Ministry of Environment launched an initiative – Green Friday, an initiative for a different culture, for a change in our lives, for a change in mentality, for a change in terms of travel and transport alternatives. (…) I call on all citizens to try to use alternative means of travel, including cycling, because they have multiple benefits, from reducing carbon emissions to the effect on our health, to rediscovering cities. (…) The Ministry of Environment also supports the development of bicycle networks, bicycle tracks, and together with my colleagues from UDMR I submitted a bill a few weeks ago in Parliament to regulate the infrastructure of bicycle tracks, because so far not even in national law these things were not very clear: what does it mean if you draw a line on an existing road called a bicycle track, what does it mean if you build a bicycle track from scratch between locality A and B. These things must be regulated with safety, including the Road Code, must at some point be rethought from this point of view, in order to ensure the safety of those who use alternative means of travel, because those who use bicycles are certainly more exposed “, concluded the Minister of Environment Barna Tanczos.

Something is being prepared for drivers. Nicușor Dan announces “parking strategy”

Something is being prepared for drivers. Nicușor Dan announces "parking strategy"

Passenger carriers will be checked every five years