How the price of gasoline fell in Ukraine and what is happening to it now: statistics

The price of fuel in Ukraine has been at the same level since October 2019. Easy depreciation began only on December 5 and lasted until December 23. It was then that she quickly flew down, right after the conversation between President Zelensky and the main representatives of the fuel sector in the country.

Unfortunately, this trend did not affect automobile gas, the cost of which, starting from November 2019, only continued to confidently move up. Now, its rise in price has stopped and for the third week this type of fuel has been kept at an average mark in 12.66 hryvnias per liter. 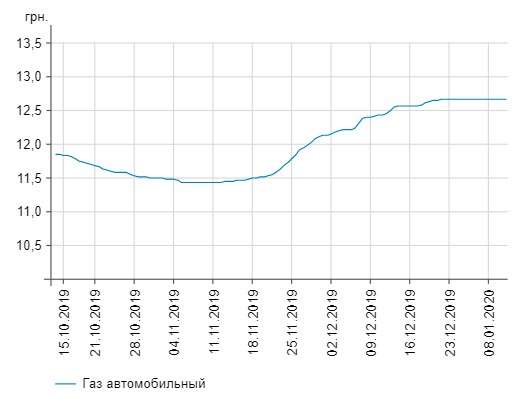 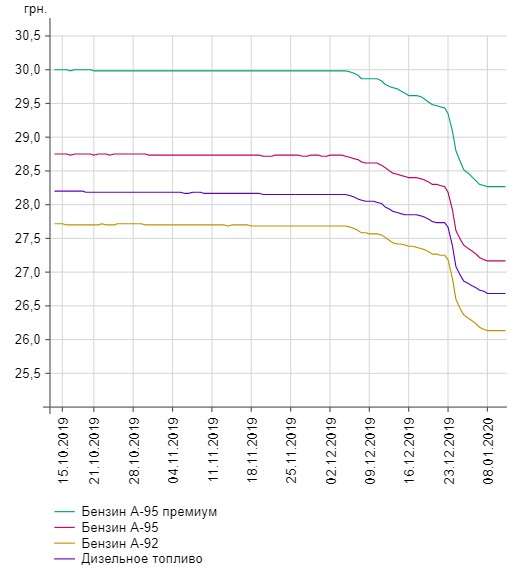 For the entire noted period, gasoline and diesel fuel prices fell by an average of 2-2.5 hryvnias. This trend is quite acceptable and expected against the background of a sharp improvement in the position of the hryvnia against the dollar and the euro. It is difficult to predict further developments, but experts from the A-95 Consulting Group argue that further fuel depreciation is not expected in Ukraine. In connection with the aforementioned factor, the price could freely fall by another 1-1.5 hryvnia per liter, but traders decided not to rush into this.

“The fall in prices in December was based on the strengthening of the hryvnia, the surplus of all brands of fuel and the stability of world quotes. In January, the situation changed in all respects, which will dictate the need for traders to take a break until there is clarity with the key pricing factors, ”says Sergey Kuyun, director of the A-95 Consulting Group.

Experts also consider the unresolved issue with the supply of petroleum products from Belarus, which today is a key importer of fuel to Ukraine, to be serious factors that affect the prices on electronic displays of gas stations in our country. Belarusian refineries have not yet reached an agreement on oil supplies in 2020 with Russian oil companies and were forced to limit fuel exports. As a result, the wholesale offer in early January was actually limited by the resources of the Kremenchug refinery.

Bright design and interior from bottles: Audi showed the new generation A3