He shot down a motorcyclist and tried to escape: the network showed the consequences of an accident

Polarization of views traditionally leads to confrontation. It is funny that this applies to absolutely all spheres of human life. The road is a special place for disputes, where motorists and motorcyclists regularly sort things out.

Just note that we do not approve of violence and responsibly forbid you to show aggression. But there are videos on the network every now and then, whose stories are sometimes difficult to explain. But this time it will work out. 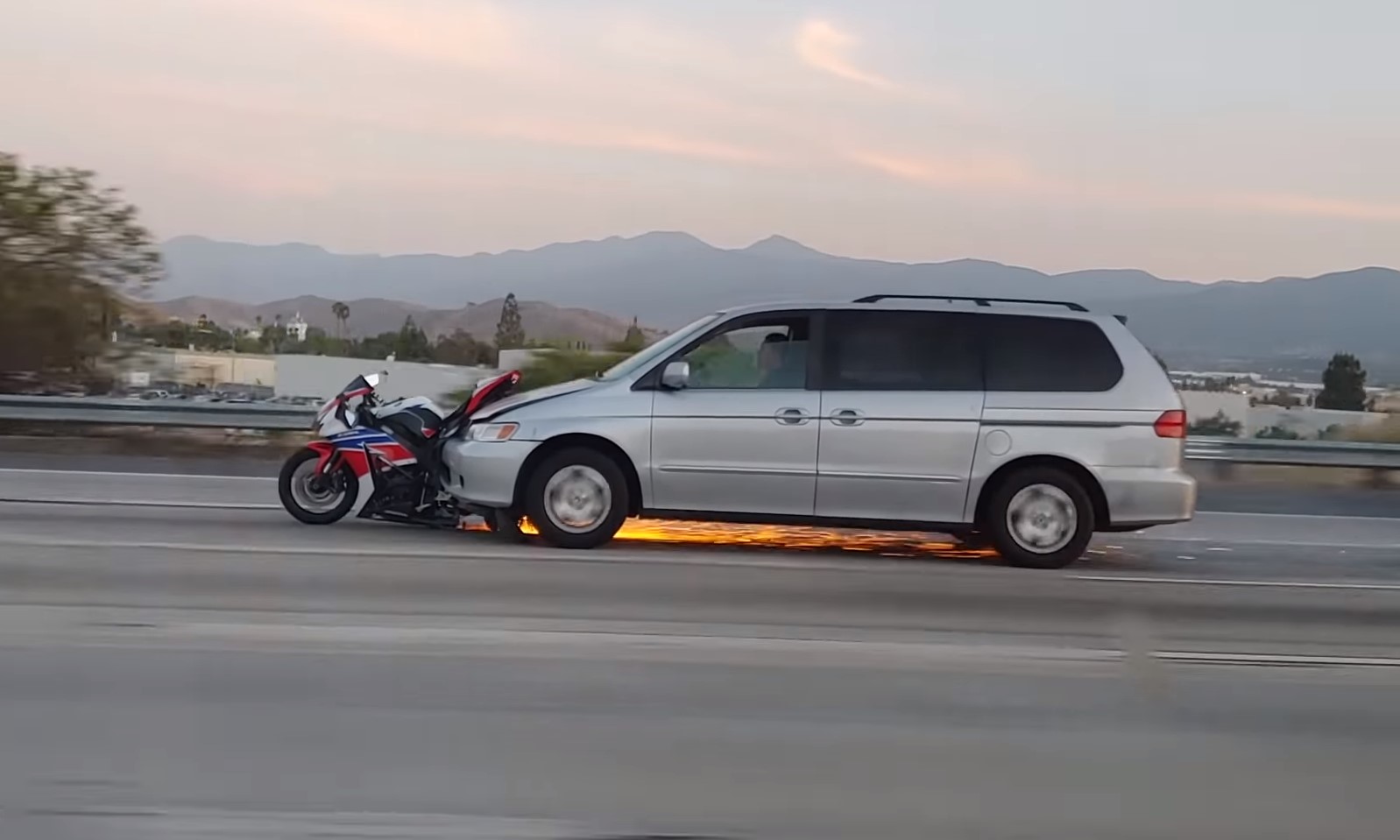 Unusual accident occurred in the state of California, USA. When the Honda motorcycle was traveling at a speed of 100 km / h, it was caught by a Honda Odyssey minivan (can you imagine?) And crashed about 115 km / h. According to the motorcyclist, aggressive actions were directed and completely intentional.

What caused this behavior is unknown. However, eyewitnesses videotaped the driver of a minivan who, as if nothing had happened, continued driving along the highway with a bike clamped under the front bumper, spewing bright sparks due to friction on the asphalt.

Subsequently, a two-wheeled vehicle was found on the side of the road in a crumpled (well, of course) condition, and the minivan flew into the fence and stopped its movement there. It is difficult to say how much alcohol the participants of the incident (or at least one of them) needed to demonstrate such a vivid event, but at least all survived.

Hyundai Tucson – ode to vigor of the engine

Toyota and Mazda Postpone Launch of New US Joint Plant