Genesis hinted at a sports coupe and small hatchback 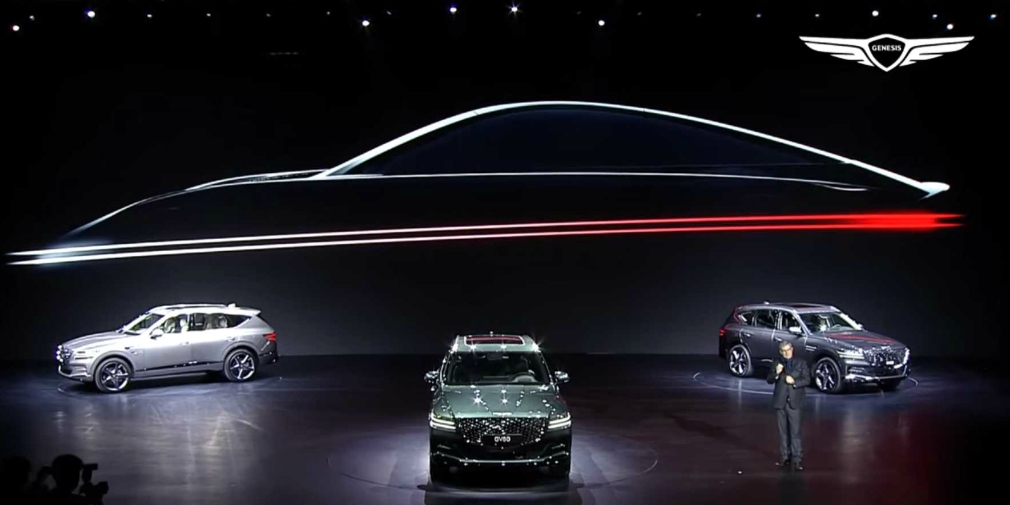 Hyundai’s premium brand – Genesis – as part of the premiere of the GV80 crossover, showed images of two new models. It is assumed that in the coming years the lineup will replenish the sports coupe and compact city hatchback.

Genesis previously hinted at similar models with concept cars. So, in March 2018, the South Korean brand presented an Essentia experimental coupe at a motor show in New York, the hallmark of which were unusual doors such as “butterfly wings”, as well as driver recognition and fingerprint scanning systems. The car was equipped with an electric unit capable of accelerating the car from standstill to “hundreds” in three seconds.

In April 2019, Genesis showed the Mint concept car, designed to give an idea of ​​the city’s car of the future. He got a custom steering wheel with beveled lower and upper segments, surrounded by six small displays, which also serve as shortcuts for activating various systems. The car is driven by an electric motor, and a set of batteries allows you to drive about 320 kilometers without recharging.