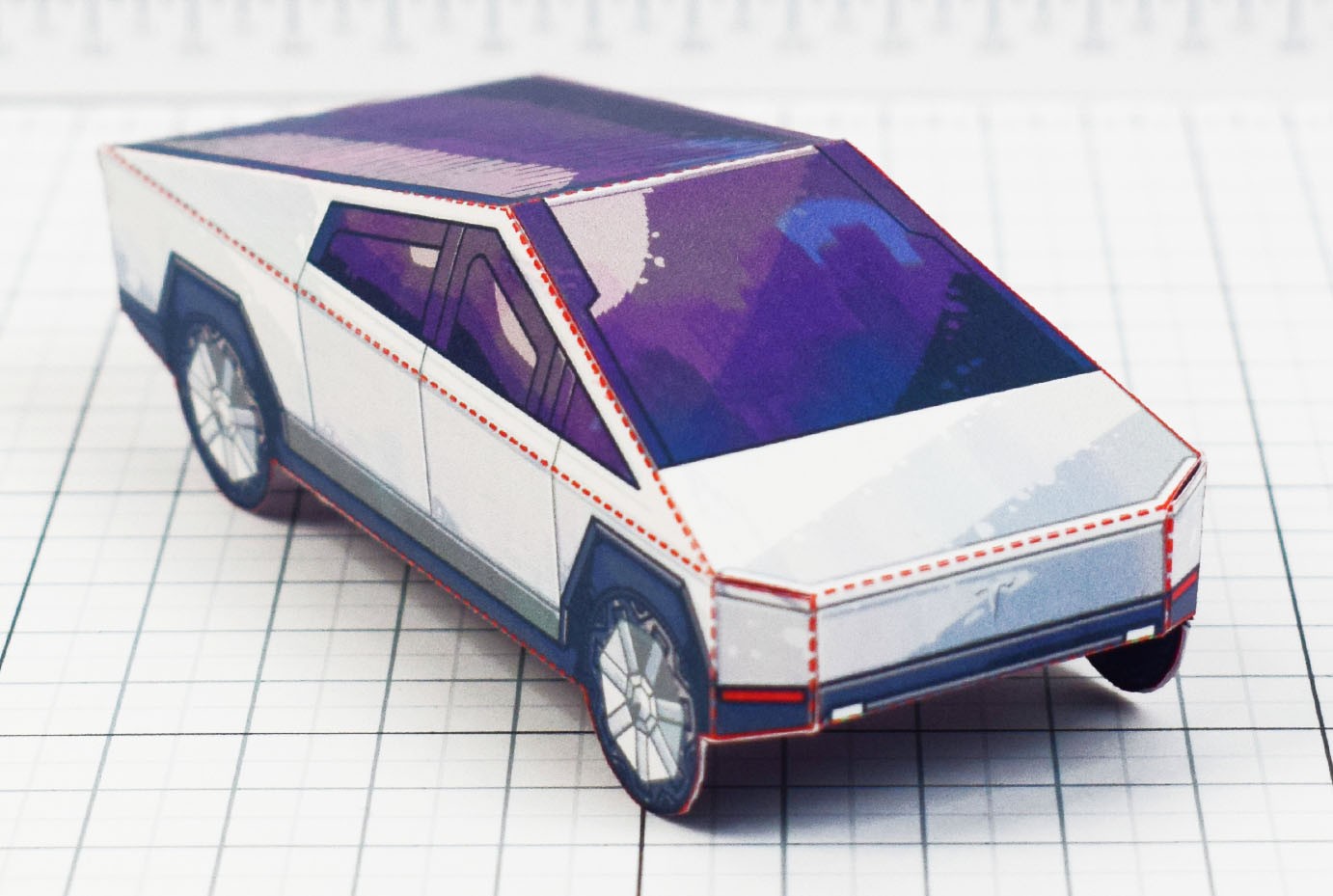 
Tesla Cybertruck debuted a month ago, and almost immediately became a meme, an object of parodies and an example to follow – it was too unusual to get a car tearing, so to speak, templates. Recall that the pickup body is made of ultra-high-strength stainless steel, which is virtually impossible to stamp, which is why Cybertruck has everything flat – the sheets are simply bent in several places and welded. This design raises a lot of questions regarding passive safety, and, for example, the representative of the German organization for technical supervision TÜV in an interview with the magazine Spiegel said that in its current form, Cybertruck will never pass certification in Europe – it is necessary to provide for deformation zones and a “soft” rounded front to protect pedestrians.

But in its current form, the design of Cybertruck is easy to reproduce in large-scale models, and several cardboard options of varying degrees of complexity with detailed assembly instructions are already walking on the Web. The model, which was developed by paper designer Alex Josephine Gwynn, is the simplest available model, any student can assemble Tesla Cybertruck for its cutting. The original template is available for download on the site. folduptoys.comwhere, in addition to a pickup truck, you can find a ton of other Alex free paper toys.

Alex recommends using paper with a density of at least 250 g / m for printing the model.2so that the design turns out to be strong enough and stable, but regular A4 office paper is suitable for one-time fun. After printing, the template must be cut with scissors along the contour, then folded in several places and fastened with glue.

It is noteworthy that the template reproduces broken windows on the left side of the car, like a pickup during a presentation. Then in November, recall, Tesla chief designer Franz von Holzhausen, wanting to demonstrate the strength of the unique tempered pickup glasses, threw a steel ball at them, but the glasses broke. Later, the embarrassment was explained by the fact that, before throwing the ball, von Holzhausen beat the pickup truck with a sledgehammer, which damaged the windows, however, many experts in public relations were sure that there was no mistake, and broken glasses were part of the show, they repeatedly increased attention to Cybertruck, made his look more fun. If the car nevertheless gets to mass production, then there can be no doubt that many owners will drive glass stickers depicting cracks.