For the first time in Ukraine: Sergey Sovyak rode a cross-country motorcycle along the Dnieper (video)

Around the world, several people have done this. In Ukraine, such a record was announced for the first time: Sergei had to drive along the Dnieper at least 3 km and be sure to return to the starting position. Only in this case will the Ukrainian record be counted. Representatives of the National Register of Records of Ukraine recorded a record race.

Sergei was entitled to 3 attempts, but the record was set already from the second. Instead of the claimed 3 km, the athlete drove 5 km and became the first, and so far the only Ukrainian, who traveled along the Dnieper on an ordinary cross-country motorcycle! 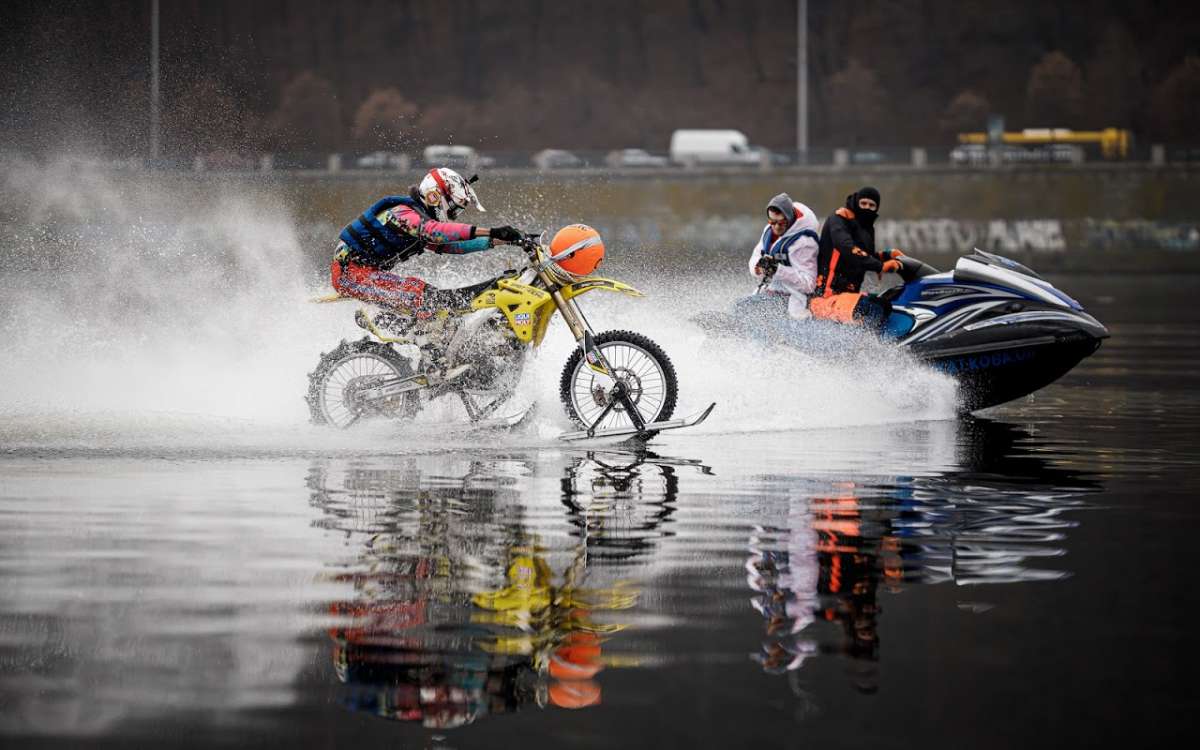 The team prepared the motorcycle for a record of 3 days: they made special skis that did not keep the motorcycle on the water, but only provide it with an additional area of ​​contact with water. A special rubber was also ordered on the rear wheel, an inflatable buoy was mounted in case the motorcycle went under water and all the main components were waterproofed. 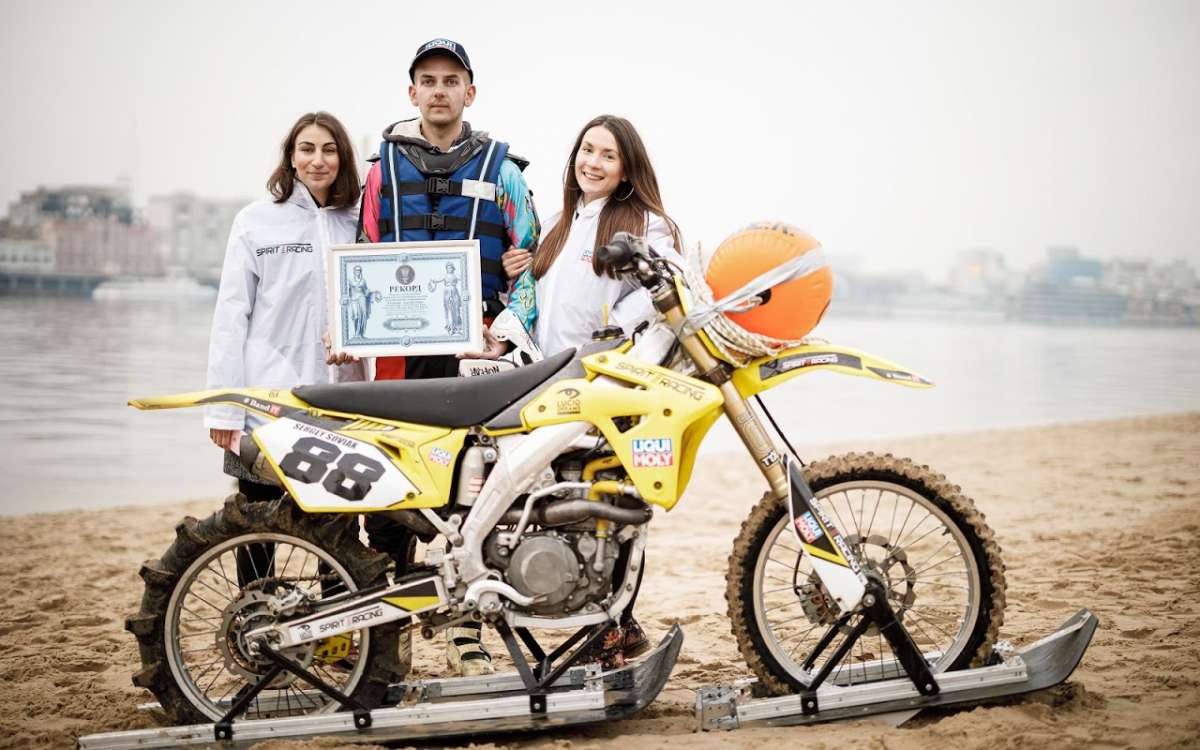 On water, the motorcycle rode at a speed of 60-70 km / h. Sergei needed to transfer the entire weight of the body to the rear wheel, so that the front did not touch the water. Only in this version the motorcycle with the athlete does not go to the bottom.

It is important to note that Liqui Moly Motorbike 4T Synth 5W-40 Offroad Race engine oil was poured into the engine of a record-breaking motorcycle.

We are proud of Sergey and the Spirit Racing Team and are already planning the next victories!

SO! SO! SO! My zeros 💪 Вітаємо Spirit Racing Motorcycle Team and Sergey Soviak with a new Ukrainian Record! Ь Содогодні Sergiy having pulled Dnіpro on a cross-country motorcycle and passing through a 3 km 5 km claim! 🤩😮⠀ Emotions over the edge! Tse buli unforgettable hostility, yakі to be lost in memory nadovgo! Dyakєmo vsim, hto buv і pіdtrimuvav🤝 ⠀ Let’s at once privitєmo Sergiy! Diviatsya yak ce bulo💥

Electric Ford will be a Volkswagen model

Electric Ford will be a Volkswagen model

Introduced a new Chinese crossover, which should be brought to Russia