Rally-raid Dakar 2020 in the truck category immediately began with the confrontation between the teams MAZ-SPORTauto and KamAZ-Master. Minskers opposed Chelny residents with a completely new, bonnet car. And already at the first stage, MAZ came in second, and at the next stage it became the leader. As a result, the Belarusian crew No. 503, led by Sergei Vyazovich, headed the standings, but this did not last long. 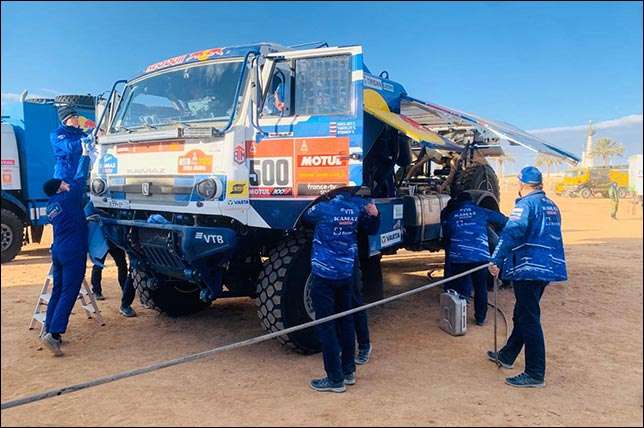 However, the Russian team could not do without losses – because of serious problems with the engine, the crew of Eduard Nikolaev left the race at the fifth stage.

Yesterday, January 11th, the sixth stage was completed, and with it the first half of Dakar 2020. At the longest stage of the current race – 830 km long, including 477 km of special stages, the best were the Kama crew No. 511 of Andrey Karginov, who came first, and the crew of No. 516 Anton Shibalov. But Sergei Vyazovich at the bonnet MAZ came third. The most interesting thing is that in the overall standings, after six stages, the three leaders were distributed in the same order. 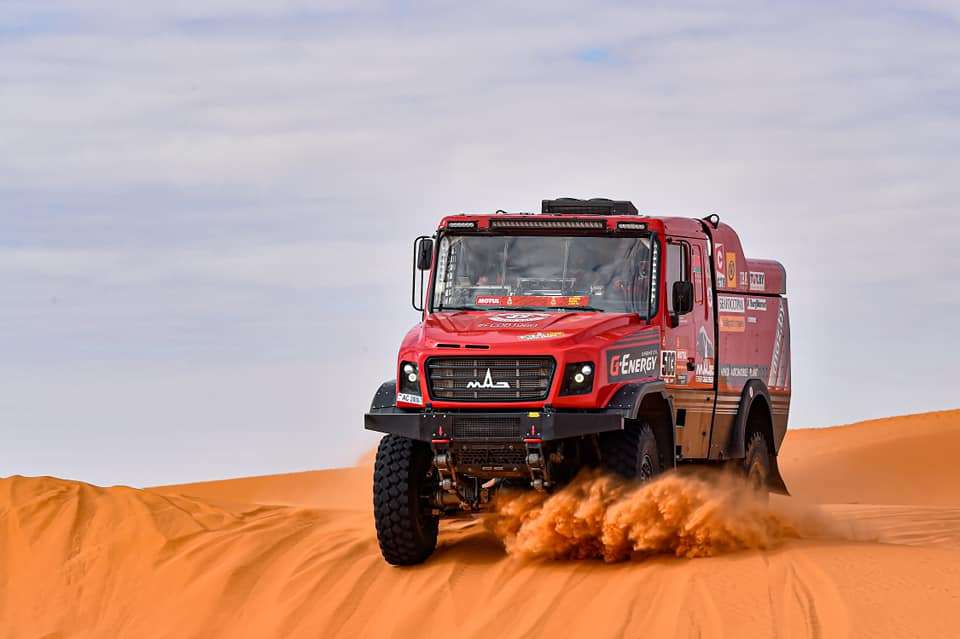 Serious off-road and a large number of sandy sections of the sixth stage Vyazovich passed, despite the fact that a wheel exploded near the bonnet MAZ. It is good that this did not happen at the special stage, and therefore did not affect the personal result. Nevertheless, the Minsk crew lost 12 minutes to leader Andrei Karginov.

“Today it has become obvious why we have been losing so much to the Russians lately. We very much lose the motor on direct roads, we don’t reach the maximum speed, ”says pilot Sergey Vyazovich. – We squeezed out our maximum today, attacked with all our might. In principle, the dunes are simple, but we were not competitive in engine. Our maximum speed is only 120-130 km / h, and now we can not do anything about it. ” Note that the maximum speed for cargo crews on the Dakar is limited to 140 km / h.

On Saturday, January 11, riders have a day of rest, although the mechanics work tirelessly. And on Sunday, December 12, the seventh stage of the Dakar 2020 starts. 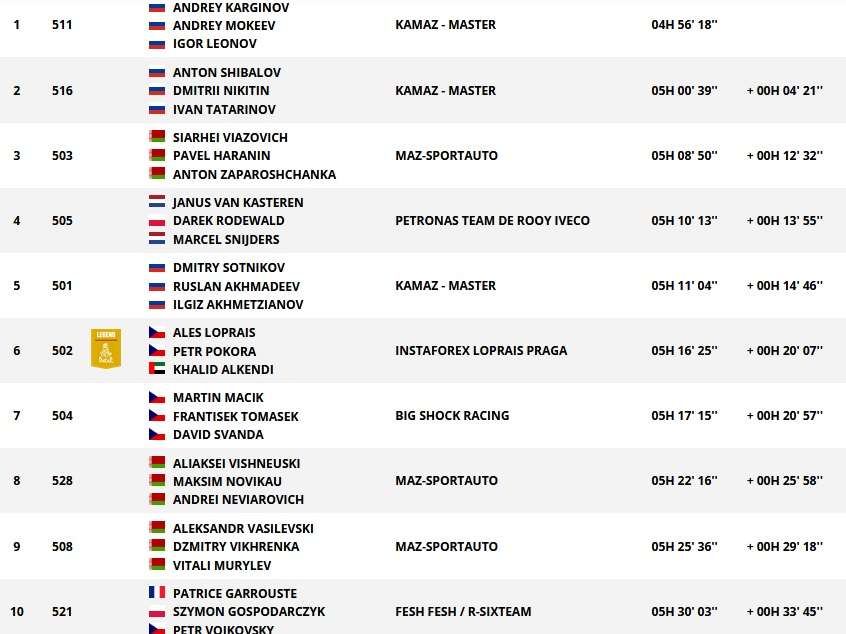 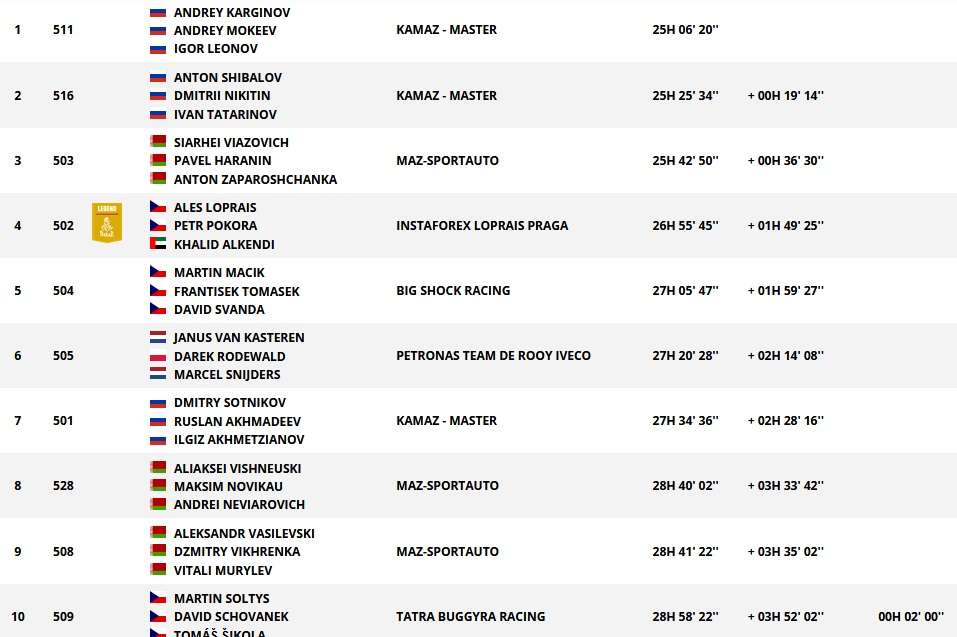 Defender of the Fatherland Day – parking is free