Elmira will be the last conventional Lotus. Evija opens the way to electrification

The British company Lotus, owned by the Chinese from Geely, will produce its latest model with heat engine, Elmira, starting this year. By 2030, all the brand’s cars will be electric. 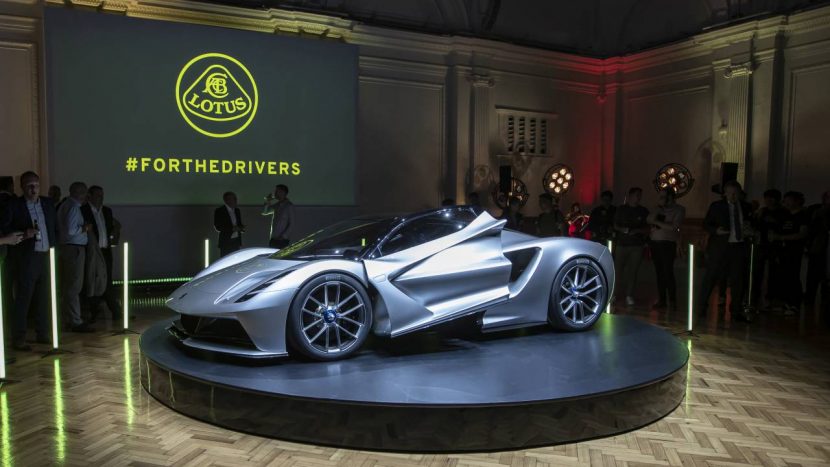 The British Lotus Cars are among the companies that plan an accelerated switch to electric propulsion. Matt Windle, the company’s CEO, announced that, from the end of the 2020s, Lotus will only develop cars with electric motors.

“We made the decision to move directly to electric vehicles based on the developing Elmira model,” Windle said.

Although it is clear that Evija will be followed fairly quickly by a second model, Lotus officials have avoided mentioning which segment it will fall into. However, sources in some British journalists claim that the second electric Lotus model will be a high-performance SUV. And the information seems correct if we consider that Matt Windle has already mentioned the future model will be assembled on the internally developed Evolution platform, and will have the Lotus sports DNA, even if it will compete in a new segment for the brand.

The platform mentioned by the head of Lotus, Evolition, will be used by both the UK company and other brands of the Geely group, but it is not clear whether it will reach Volvo cars, a brand also owned by Zhejiang Geely Holding.

Instead, it is becoming increasingly clear that Lotus is working with the French at Alpine, a division of the Renault group, to create a completely different platform. It will be both the basis of a future model of the British brand and that of a successor to the Alpine A110 that will hit the market in the middle of this decade.

– Renault will turn Alpine into a 100% electric brand
– New information about Lotus Evija – the 100% electric hypercar of 2,000HP (VIDEO)

The price of Li-ion batteries drops to 60 USD / kWh. The price of EVs will also decrease.

Trucks will be safer for pedestrians and cyclists

The cars of debtors in Ukraine began to be calculated automatically: where did the first system appear