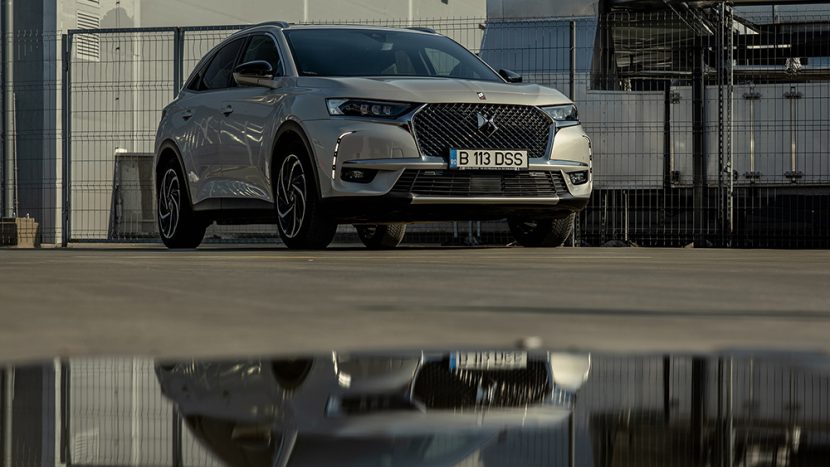 DS 7 Crossback is a name that was talked about a long time ago about four years ago, the SUV being presented by the French premium brand DS at that year’s edition of the Geneva Motor Show. Text: Andrei Cristian.

There was a lot of talk about this model given that it was the first SUV from DS launched for the European market, the previous model – DS 6, being intended exclusively for the Chinese car market. But the French wanted to bring to market a model of this kind, the SUV segment starting at that time to enjoy an increasing success!

The mission of the DS 7 Crossback was not an easy one at all, the French SUV entering a game ring already dominated by renowned German manufacturers. However, the Swedes from Volvo have proven that they can compete on a par with German rivals, the XC60 being one of the most sought after models in this segment. So, the French from DS finally decided to throw the new DS 7 Crossback in the ring and try their luck against rival models such as Mercedes GLC, Audi Q5 or BMW X3. 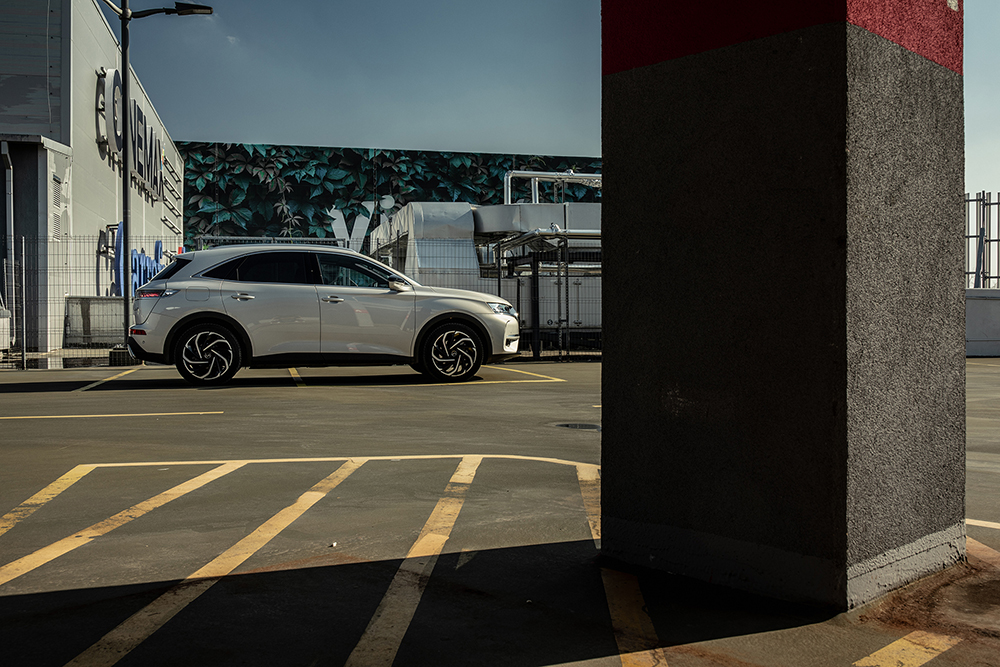 The French models from DS enjoyed a major success on the Chinese car market, so the morale of those in charge of the premium brand was high at the time of launch. In addition, the new DS 7 would come up with something new on the European market, with an emotional approach that would eventually cause problems for rivals in the segment. The news was also visible from a stylistic point of view, DS 7 coming with a different stylistic approach compared to what we were all used to.

DS 7 Crossback was presented to us from the very beginning with six engine versions: three petrol, two diesel and a hybrid plug-in. The latter, however, was presented to us only at the end of 2018. We find out at that time that DS 7 Crossback E-Tense 4 × 4 technically borrows the newly announced propulsion system of Peugeot 3008, Peugeot 508 or Citroen C5 Aircross PHEV. Thus, DS became the first car manufacturer to offer us a premium car with a hybrid propulsion system in the C segment. 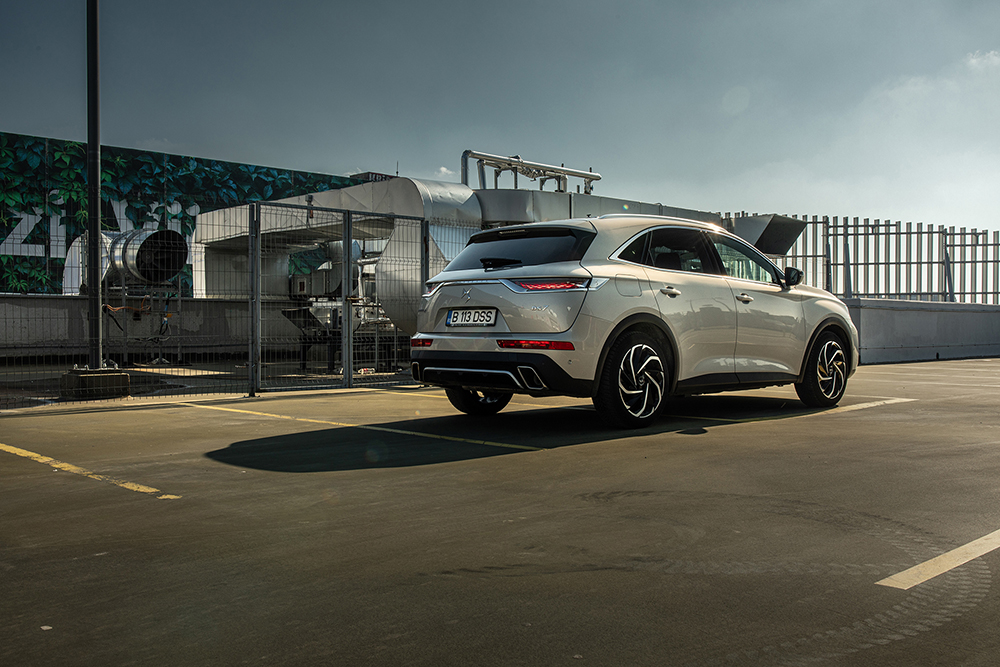 The DS 7 Crossback E-Tense SUV has meanwhile proved to be a successful model, becoming even the favorite of French President Emmanuel Macron for official events. Well, in these conditions we have no reason not to admit that we were also very curious about what this plug-in hybrid version of the DS 7 SUV can offer. Fortunately, we can now tell you that we had the opportunity to test this model, which is why in the following lines we will tell you what are the impressions we were left with after the few hundred kilometers traveled at the wheel!

We start with the beginning and turn our attention to the appearance of this DS 7 Crossback. And we can’t say that we weren’t impressed from the beginning, the French SUV coming with something different. From the first glance we can see a whole series of chrome elements that highlight the main parts of the car – the front and rear headlights. DS 7 comes bundled with full LED lights both on the front and on the back and offers us a special light signature, inspired by the world of jewelry. This version comes bundled with a new color in which the body can be painted – Crystal Gray.

From the point of view of dimensions, on the technical data sheet of the DS 7 Crossback SUV we can find the following: length of 4.57 meters, width of 1.89 meters, respectively height of 1.62 meters. If we are still in this chapter of figures, we must also say that the trunk can boast a luggage storage volume of 628 liters. The DS 7 Crossback E-Tense 4 × 4 also received a set of 19-inch wheels from the French manufacturer. The total weight of the car is 1,825 kilograms.

We go further to the cabin, where we notice that the French have succeeded without a doubt and maybe an extremely good job. We say this first and foremost because the space inside is more than generous. This was achieved primarily due to the batteries that were placed under the floor, which means that the space inside the E-Tense 4 × 4 version is similar to that of the versions with conventional engines. 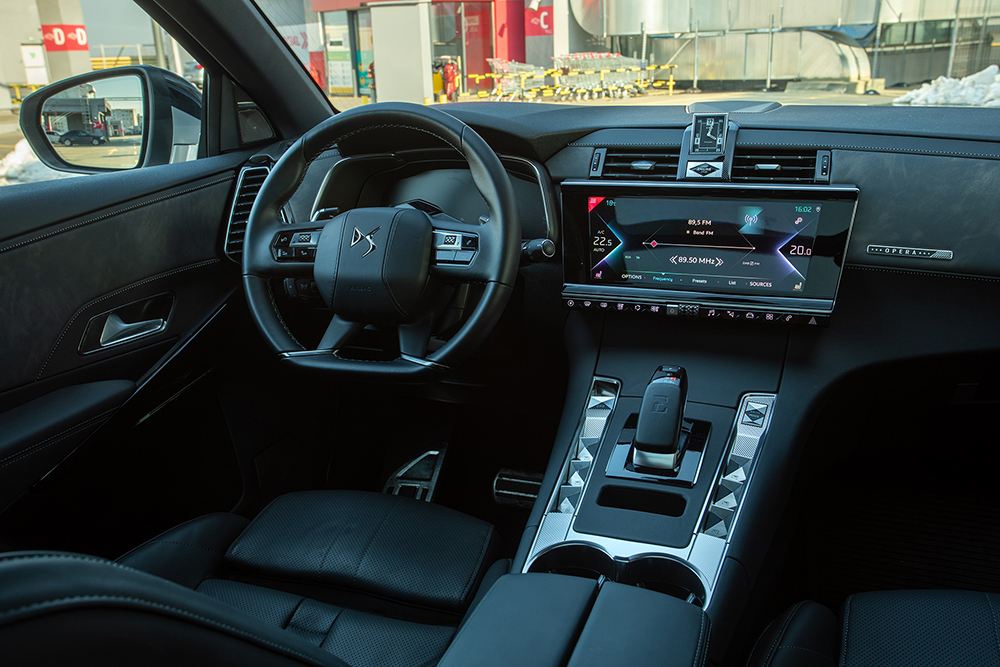 The interior of the DS 7 Crossback E-Tense version stands out quite easily due to some unique features, such as the Guilloche Clous de Paris finish or the RCE R180 watch. Inside you can immediately see that you are in an E-Tense model, the letter E being highlighted in relief on the gear lever. The attention to detail of the French is obvious, and the materials used are of a very good quality. After all, we are talking about a premium model, and the French have really done an excellent job!

From a technological point of view, the DS 7 Crossback E-Tense 4 × 4 can boast two 12-inch screens. The car can also boast a 14-speaker Focal Electra audio system, which is offered by a French company specializing in high-fidelity sound systems that is collaborating for the first time with a manufacturer in the automotive industry. 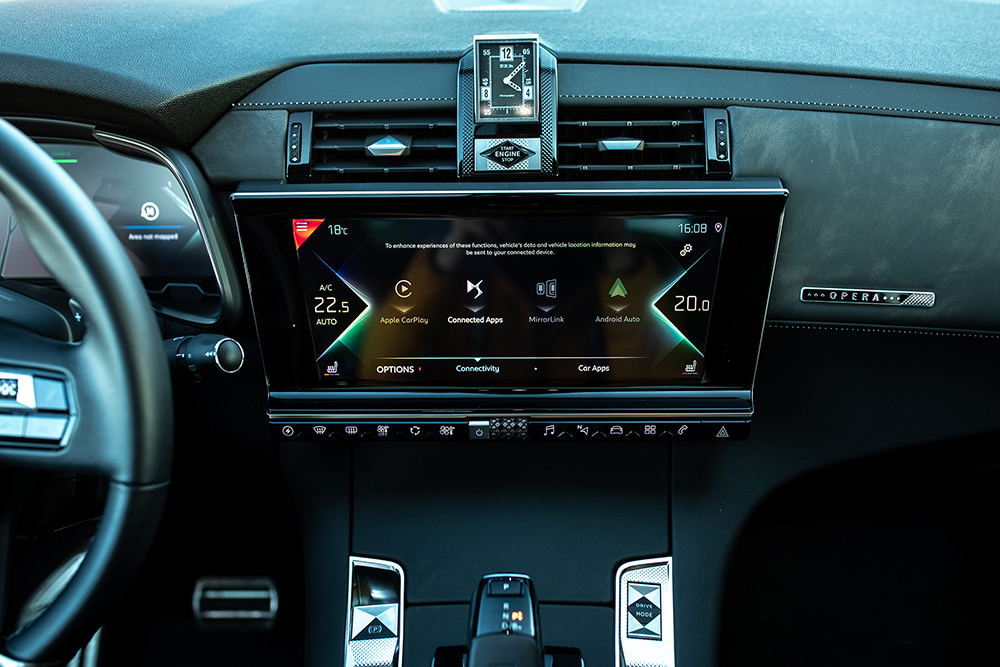 We now turn our attention to the technical part of this plug-in hybrid version DS 7 Crossback E-Tense 4 × 4. So we are talking about a hybrid system that consists of a gasoline engine unit with a capacity of 1.6 liters, capable of developing 200 horsepower, which is joined by two electric units of 109 horsepower. In total, this system generates 300 horsepower and a maximum torque of 450 Nm.

As the name suggests, the car benefits from the contribution of an all-wheel drive system, one of the electric motors being located on the front axle, while the second is located on the rear axle. The transmission is provided by means of an eight-speed automatic gearbox. At the same time, we must say that the model is equipped with a 13.2 kWh battery. 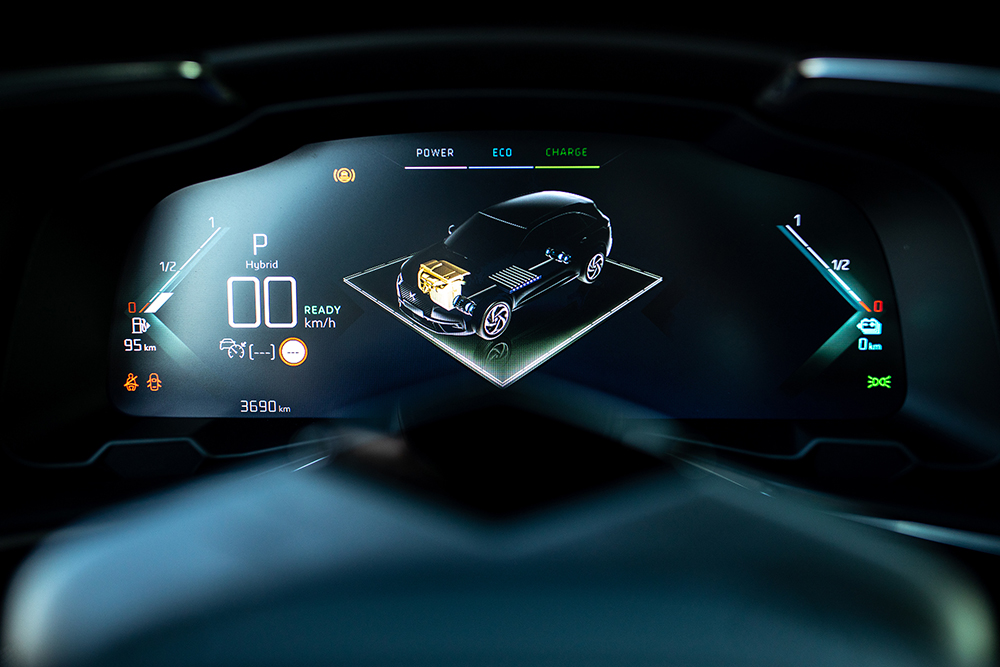 Under these conditions, this DS 7 Crossback E-Tense 4 × 4 variant can run in electric mode for a maximum distance of 50 kilometers, according to WLTP standards. The battery can be charged quite quickly if a 6.6 kW WallBox is used, requiring only two hours. If you use a normal outlet, it will take a little longer, about eight hours.

From the point of view of performance figures, we must first tell you that acceleration from 0 to 100 km / h can be achieved in a time of only 5.9 seconds, which is not bad at all if we think about it. The maximum speed in full-electric mode is 135 km / h, but normally we can talk about a maximum speed of 239 km / h. 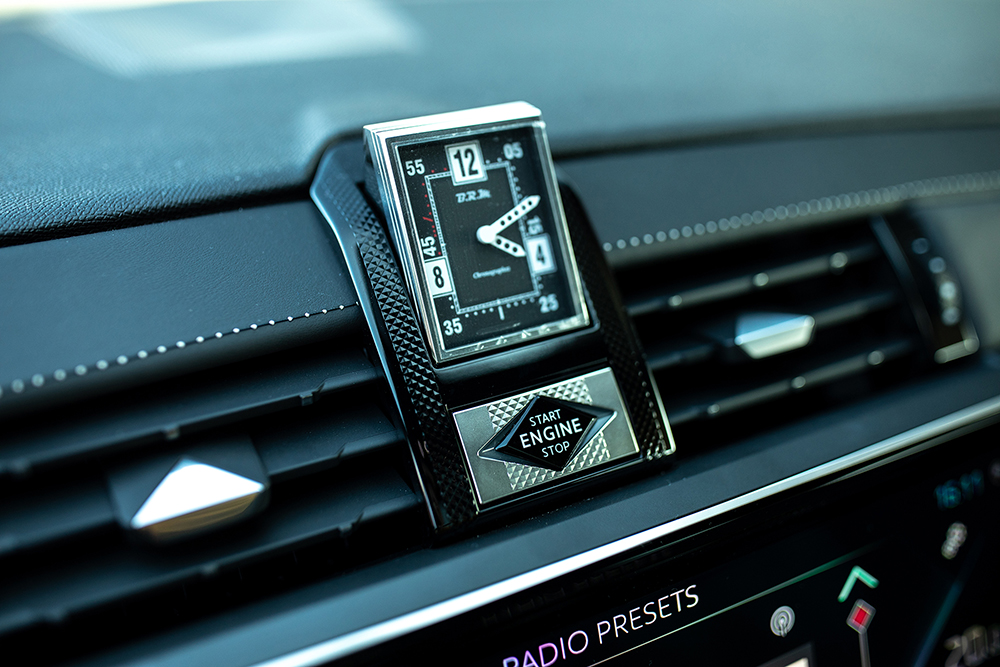 Fuel consumption is less important in the case of a hybrid model, but let’s see how the situation is in this regard in the case of DS 7 Crossback E-Tense 4 × 4. Thus, according to the technical data sheet, we have an average consumption of 1.3 liters necessary to cover a distance of 100 kilometers. At the same time, we want to say in this regard that the plug-in hybrid version of the DS 7 Crossback records a level of CO2 emissions of 30 grams / kilometer.

The driver has four driving modes, depending on his preferences: Zero Emission (when driving in full-electric mode), Sport (mode that optimizes power), Hybrid (mode that automatically manages performance) and 4WD (for optimal traction in any road conditions).

DS 7 Crossback E-Tense 4 × 4 boasts a Brake option, which allows the car to brake without depressing the brake pedal. We must also say that during braking, the i-Booster braking system will allow you to recover energy. The e-Save function is also very important, allowing the driver to reserve an electric range of 10, 20 km or even the entire capacity available for the areas where you want to run in full-electric mode. 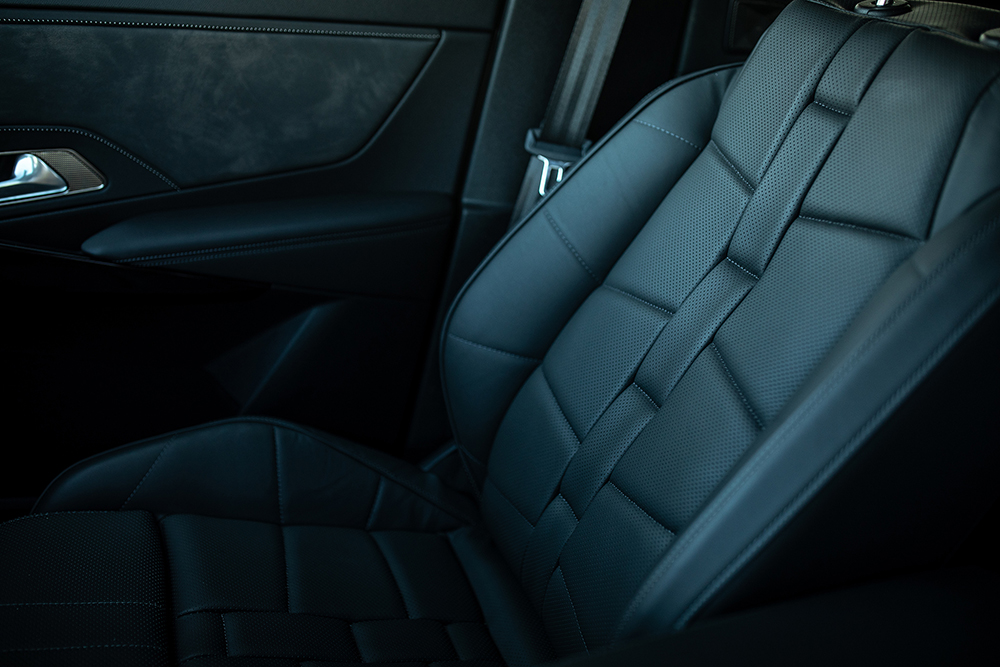 In our country, DS 7 Crossback E-Tense is available in three equipment versions: Be Chic, So Chic and Grand Chic. The most accessible version starts at a price of 49,400 euros. However, the prices can go up to 50,900 euros in the case of the middle version, respectively 54,900 in the case of the superior version. 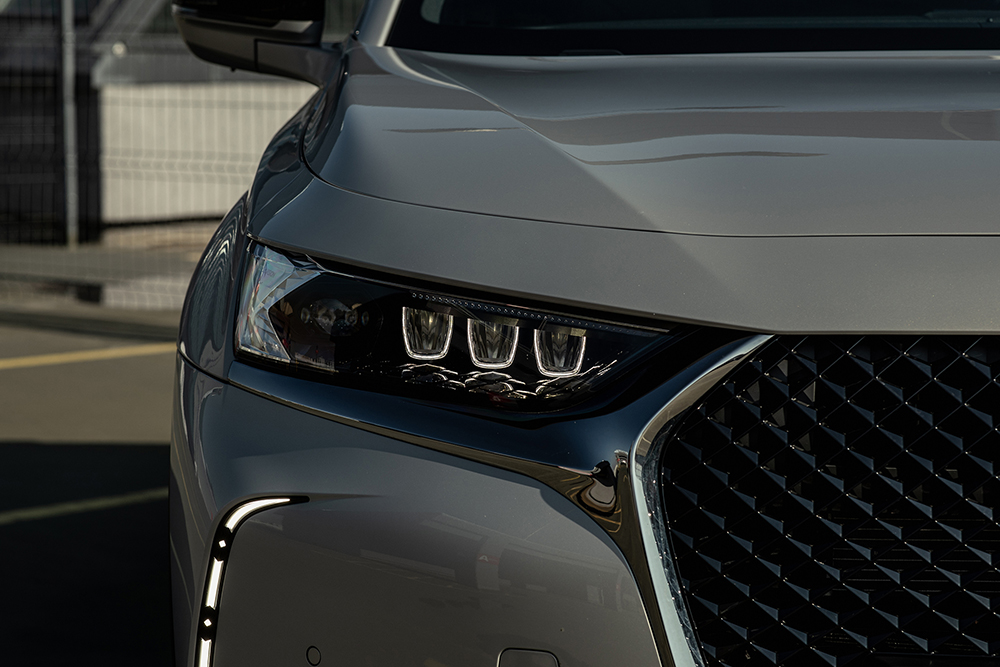 Also included are several assistance systems: automatic emergency braking system, Night Vision system, Hill Assist system, electrically operated parking brake, fatigue detector. The DS Park Pilot system will help you park much easier, the car can be parked alone parallel or in a safe spike, also knowing how to get out of the parking spaces without your help. The DS Connected Pilot system also helps you drive while you allow yourself to take control at any time. This system can adjust the speed and distance from the vehicle in front, and can also position the car on its tread.

The evacuation of cars is bewildering