Dragoș Popa and Vlad Colceriu win the Dacia Cup from the Maramureș Rally and become leaders again. The fight for the podium and points was fought until the last meters of the special stages, being extremely close. Decisive was the experience and adaptability in a rally with everything: rain, slippery areas, dry parts and the reliability of the cars.

14 years after its last presence in the rally calendar in Romania, Maramureș once again hosted a stage counting for the national rally championship. There were two days of total car show at which the Dacia Cup cars were at their height.

No technical abandonment, all crews have reached the end

After a constant and balanced evolution Dragoș Popa and Vlad Colceriu, some of the Cup favorites passed their victory in the account. Although he won 6 of the 12 special stages, Dragoș Popa declared immediately after his arrival that it was the most demanding rally for him and he feels the pressure of the young drivers who are coming strong.

“Probably the fiercest bstrength and the hardest rally since I started this sport. It was great for me anyway. But there are some children at the Dacia Cup who are incredible and I think I’m a little old for them, but I managed to win and I hope to succeed in the future to win more stages “, Said Dragos Popa, the winner of the stage in Maramureș, immediately after the finish.

What Dragoș Popa called “old age” was in fact the experience of additional competition in front of his main followers.

After the first day, the 75th crew had an advantage of 18 seconds in second place, which might have seemed enough. Before the last two special stages, Roland Csato and Laszlo Fesus from Harghita were constantly behind the leaders in a few seconds.

Eager to make up the difference, in the end they made a mistake, skidded, hit the car, lost precious seconds and implicitly the second place, in favor of Vlad Supuran and Vlad Cosma from Cluj.

However, the merits of the crew, ranked second on the second stage, are undiminished because they went very bravely in the rain and managed to win 4 of the 12 special stages, the last three held in totally inappropriate weather conditions with heavy rain.

Vlad Cosma – Victor Supran’s co-pilot, a man with great experience in rally piloting. but also the technical assistance team manager really hoped for the first place before the last two tests. He had to recover 19 seconds they managed to recover only 10 seconds.

“It was one of the most contested races of my career. Really not mI expected the pace at the Cup to be so high. We started with a medium pace and we managed to increase the pace very hard in the rain. I was hoping to recover 20 seconds from Dragoș Popa on the power stage. There were only 10 and a bit, but it was very good, especially in the given weather conditions, it was a super experience “Said Vlad Cosma, immediately after the last test.

The promoter of the Dacia Cup, the well-known driver George Grigorescu watched the cup from the tests and remembered that 13 years ago he won, together with Radu Dumitriu, the 1st place in the National Ranking in the Romanian Rally held on the same special tests, and in 2014 the place I, on the same route in the General Classification of the Chestnut Rally. Now he welcomed the extremely brave evolution of the young pilots.

“Here in Maramureș, an extremely intense fight was consumed on the last tests, everything being decided practically on the last meters of the special tests. For 2 days, the three crews involved in the fight for the podium gave a sensational fight, of a special beauty that made the charm of this competition the Dacia-Start Cup in sports engine, Romanian Run “. concluded George Grigorescu

General classification of the Dacia Cup at the Maramureș Rally

A special mention deserves the crews led by Roland Csato, Dan Albuț and Daniel Gugu who have not been absent this season from any stage of the Dacia Cup.

General ranking of piloafter the Rally of Maramureș is

The next stage of the Dacia Cup, a single-brand car competition supported by the media by Prima TV, will take place at the beginning of June, on June 11-12 in Pitești, on asphalt.

More information about the evolution of the crews and the news of the single-brand competition can be found on the website www.cupadacia.ro, on the Dacia Cup facebook page and on the Instagram account @cupadacia. 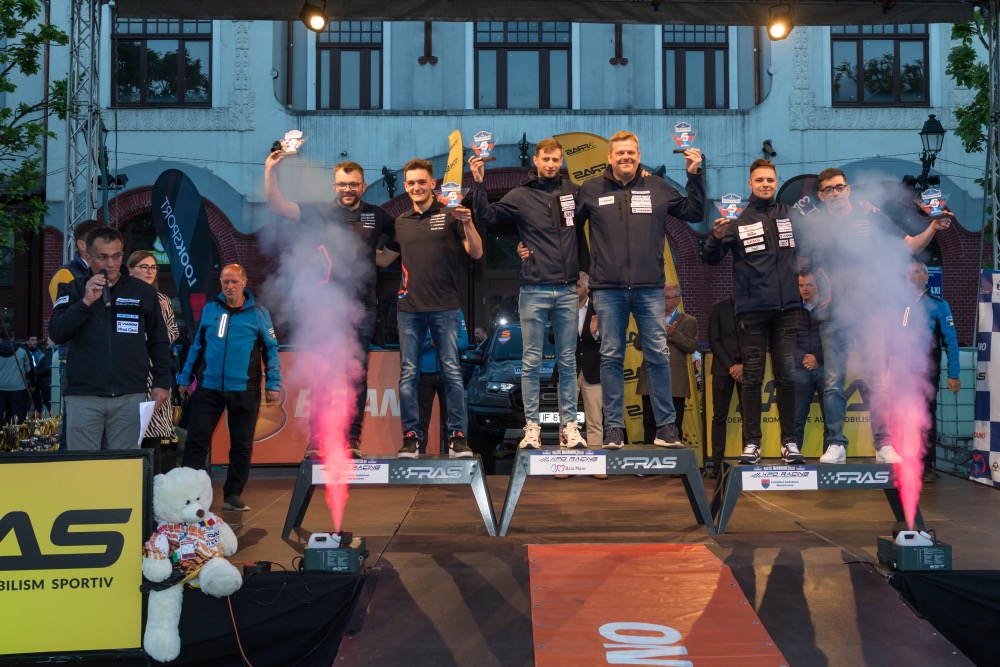 Moscow is mired in traffic jams. Coronavirus is to blame

We began to die more on the roads. Again.

How unique KrAZ was found and lost (photo)