If at the Sunday stage of the Dakar 2020 from the point of view of wrestling there were no special sensations, today the situation has changed. After the news of the tragic fall of one of the participants, the organizers canceled the eighth stage for motorcycle racers and ATVs – they stayed in Wadi al-Dawasir, where the bivouac is located and there are starting and finishing marks of the “ring” stage. Thus, the 477-kilometer special stage of the eighth day was overcome only by the participants of the offset of SUVs, trucks and all-terrain vehicles “SSV”.

Today, the crews headed south, where mountain terrain, canyons and sands awaited them on their way. One of the segments of today’s special stage has become a real “motor race” due to the abundance of lines without complex orientation. But there were dunes, where the riders had to show completely different knowledge and skills – to “read the sand”, to find the right entry to the crest of the dune, reports MAZ-SPORTauto on Facebook. 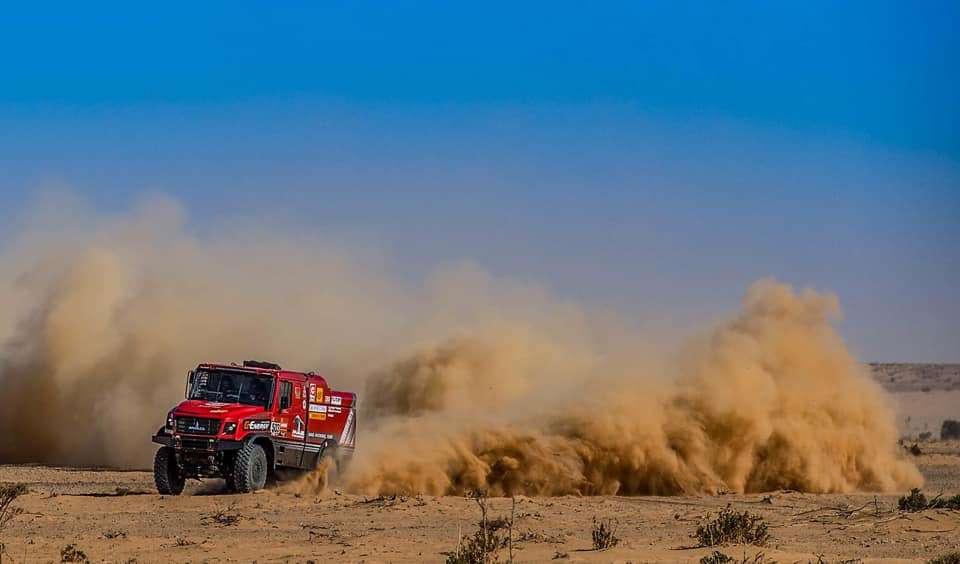 Sergey Vyazovich finished at the eighth special stage Dakar 2020 with the sixth result. The Belarusian racer lagged behind Karginov who showed the best time by 18.5 minutes, in the general classification he still ranks third.

The other two trucks of the MAZ-SPORTauto team rushed to the finish line with tenth and fourteenth results – Alexey Vishnevsky was ahead of Alexander Vasilevsky.

According to the results of seven days of the race, Alexey Vishnevsky takes eighth, and Alexander Vasilevsky – eleventh place in the “freight” classification. 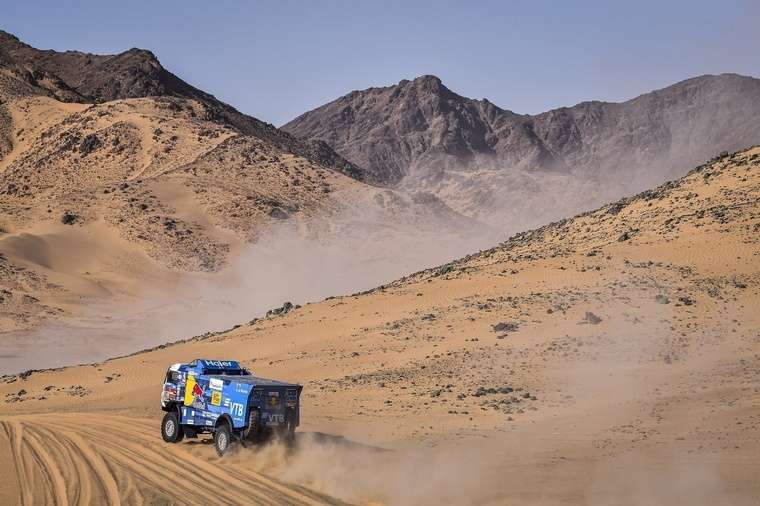 Sergey Vyazovich, master of sports of the Republic of Belarus of international class in motorsport, head of the sports team “MAZ-SPORTauto”, crew pilot No. 503:

“Finally, a serious special stage! Although today there were many lines where they went at maximum speed. But all this was replaced by very soft dunes. Sometimes even difficult, but passable for our car. Unfortunately, at the very beginning we did not expect that they would be so soft – literally at the fiftieth kilometer there was such a junction after a right turn and there were a lot of SUVs stuck on the lift. And somehow I did not attach importance to what could be so soft at the foot, I decided to turn around – not to go up to where everyone was standing. I thought that we would drive on the side, there was an opportunity. And during this reversal, we simply failed on a flat plateau and were unable to leave ourselves!

Lyosha Vishnevsky drove up, pulled with one car – they could not pull it out. Sasha Vasilevsky arrived and could only pull out with two cars because there was no way to pull somewhere down – either backward or forward. We stood on just a flat surface, it was so soft. In this incident, we lost about 14 minutes. Then we went without problems, everything was at our own pace. All the dunes were pretty easy. We were able to keep pace with the leaders and win back the lost time on the positions, but in general – a good working day. Finally, the “Dakar” special stages. “ 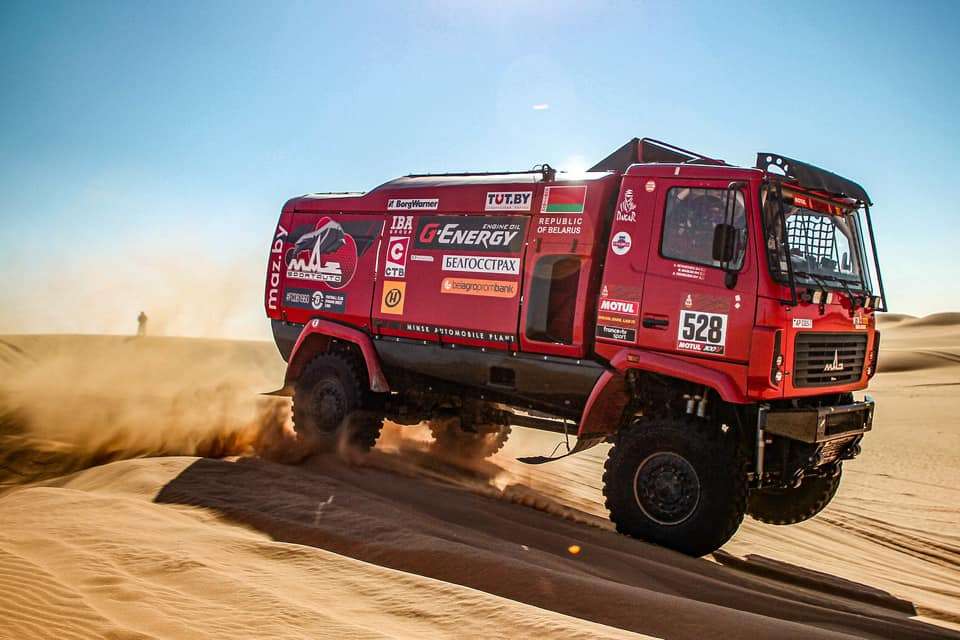 Alexander Vasilevsky, candidate for master of sports of the Republic of Belarus in motor sport, pilot of crew No. 508 MAZ-SPORTauto:
“We drove the eighth special stage in the middle, so to speak – we had small problems with the clutch, the gears did not start. We lost time on this – about five to ten minutes. Therefore, we have such a time today. But the belief in a good result is not yet lost. Today, many of those who walked ahead of us sat on the dunes, skidded. Therefore, I think that adventure is still waiting for us, everything is ahead, everything will be fine! 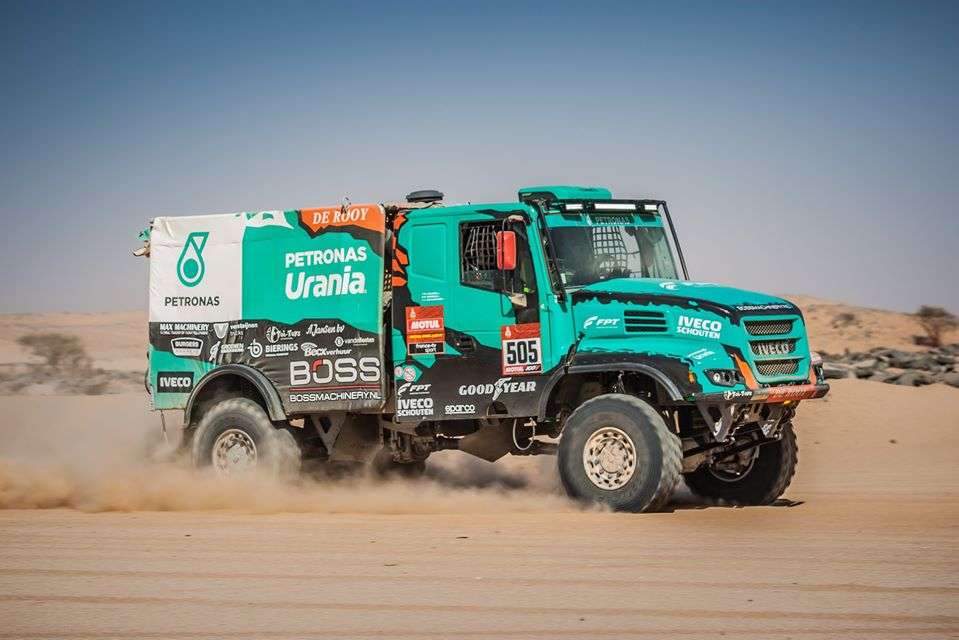 Janus Van Casteren from Petronas Team De Rooy Iveco lost 25 minutes, sowing on a dune – in the end, only 16th place at the finish

Vishnevsky’s position is better than ours, so today we went as a cover for our other crews. We let them go away so that they wouldn’t sit in the dust and run into stones – when you leave for flash-fashion, the tail of dust is about two kilometers away. It’s dangerous to sit in such a way, you can fly somewhere. So I let them go. Sergey left first, then Vishnevsky and I – closing. ” 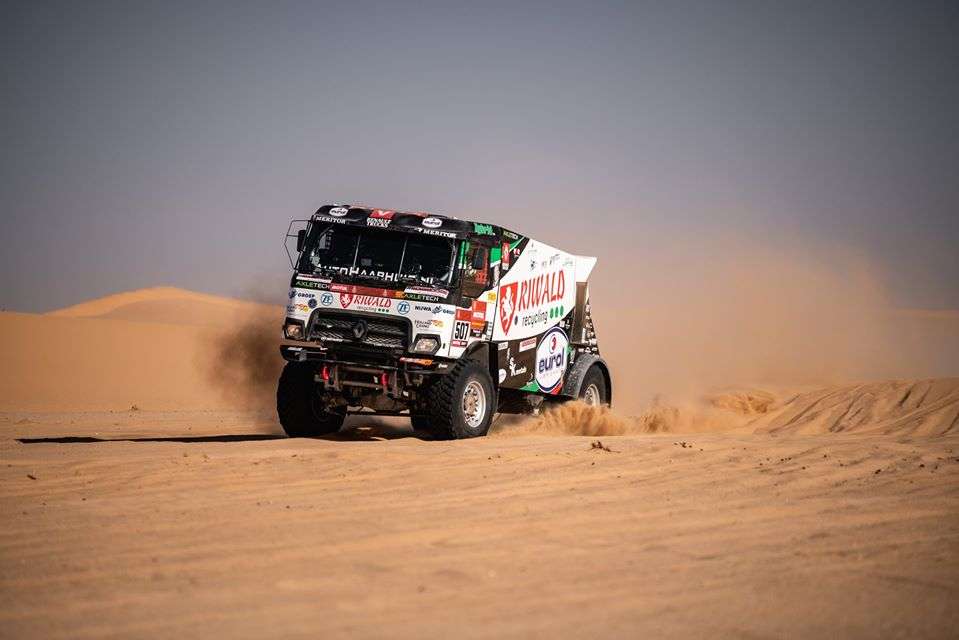 Alexey Vishnevsky, master of sports of the Republic of Belarus in motor sports, pilot of crew No. 528 MAZ-SPORTauto:
“Today was a difficult day. There were many sands, they were very soft. Dune was also enough, and stones were enough. Nothing supernatural happened today. They helped Sergei Vyazovich – he got a little stuck, we pulled him out. Alone, I could not, Vasilevsky drove up and together we pulled him out. And in the course of the movement, we didn’t get up a little twice, I had to turn back. In general, we finished and are moving on. Many participants today hung in the sand – IVECO, Renault sat down – but we passed it. “ 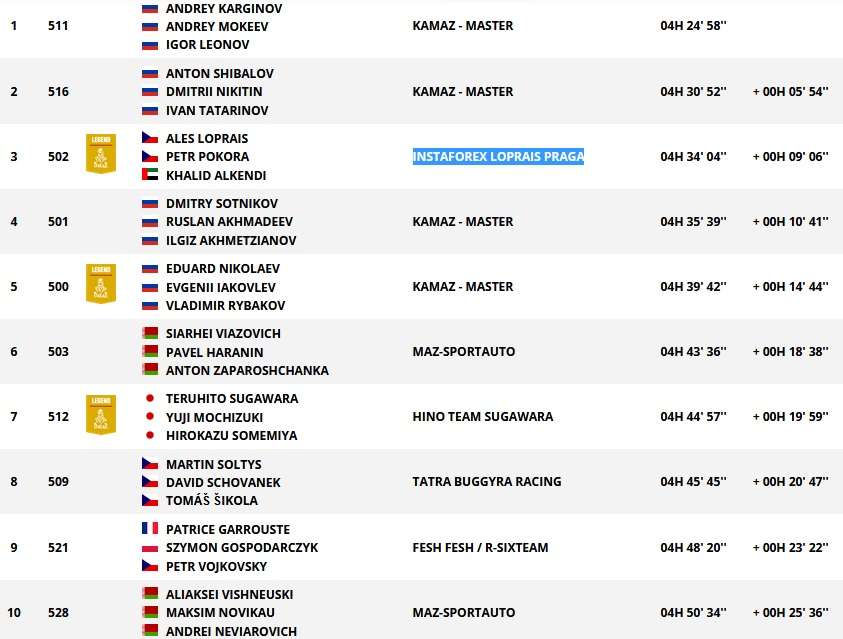 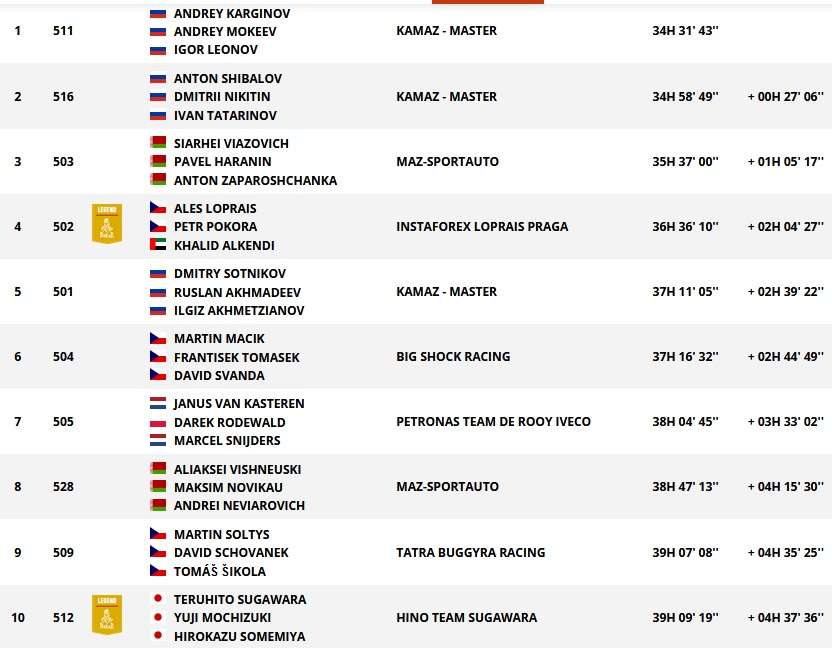 Kia denied the information on ruble prices for Seltos