Cup of Ukraine in circuit races: It doesn’t matter what is not for the victory!

The most interesting thing is that although quantitatively the peloton of this race did not differ from all previous circuit races of this year – 12 cars – its content has seriously changed. So the Super Touring standings collected four powerful cars at once, three of them being the Honda S2000.

Alas, but on one of them, on which Vladislav Sinani was supposed to start, the motor already fails in qualification.

Moreover, similarly at qualifications, problems with transmission arise at the BMW of Oleg Sokyrba, who regularly competes for the top of the podium in this classification. So the starting field ended up missing two serious players at once!

At the same time, pole position was confidently taken by Konstantin Gutsul, who for the first time left for his second, more powerful Honda, on which he had previously started exclusively in Europe. Even the fact that his “Japanese woman” treacherously stalled at the moment of the start did not really delay Konstantin.

The last to enter the race, just a couple of laps later he was already leading the peloton, once again taking the “gold” in the Super Touring category. 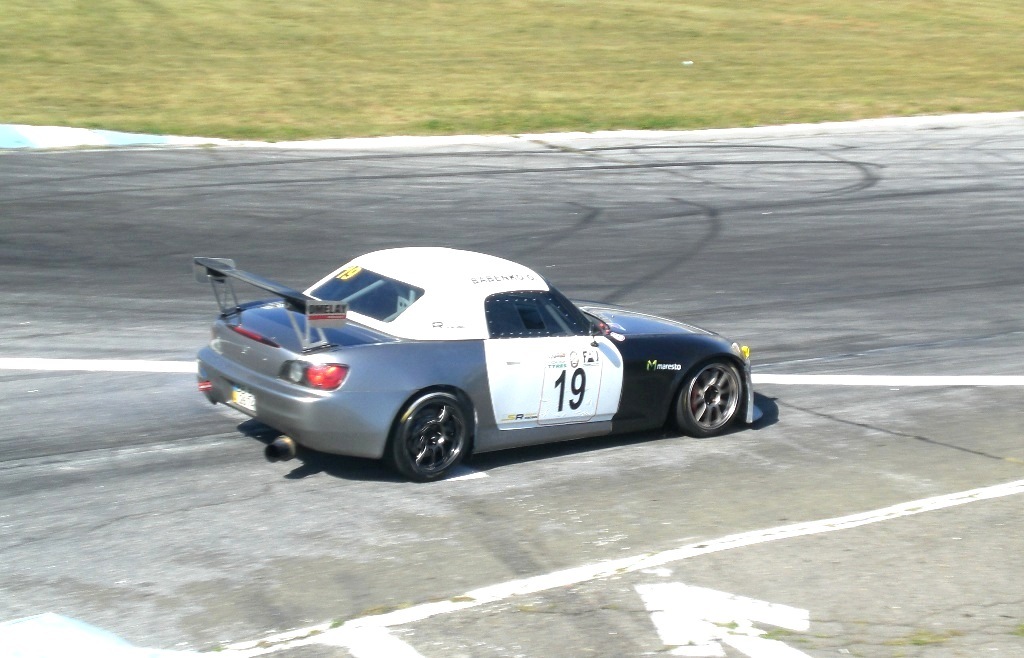 For him, this race became an absolute debut in professional motorsport, however, it must be said that apart from the winner, Alexey did not have any real opposition on powerful equipment …

Interestingly, the Touring also missed a couple of favorites, but for different reasons. In the absence of two multiple Champions of Ukraine Vadim Kononchuk and Sergei Yunashev (both missed this race) Sergei Belyaev ruled the ball here. Driver SDrive literally left no chances to his rivals, confidently taking pole position, and then single-handedly leading from start to finish.

Also, for a long time Belyaev’s partner in SDrive Maxim Volynets was confidently in 2nd place. However, a few laps before the finish line, he runs into technical problems and leaves. And the most interesting thing that day happened just behind the two leaders of “Touring”, where Anton Polyanichko and Ruslan Serov met in a real sports duel.

Almost from the first meters of the distance, Anton began to put pressure on the veteran, who, in addition to his karting career in his youth, had almost two decades in the big ring behind him! An experienced pilot cleverly closed the trajectory, preventing any overtaking attempts by his opponent.

This went on for several circles, but at one point Polyanichko decides to go on the attack and it ends in a collision! Experience had an effect here too – Ruslan catches the car with gas, losing a few seconds on the incident, while his rival has to “plow” on the sidelines.

It would seem that this is all, but no. This duel has continued! After a couple of laps Polyanichko was again on the rear bumper of Serov, but this time Anton was already much more reinsured when choosing an attack distance.

It never came to overtaking, but Polyanichko’s pressure on the opponent continued until the checkered flag gave them the signal, where they were separated by 0.4 seconds! 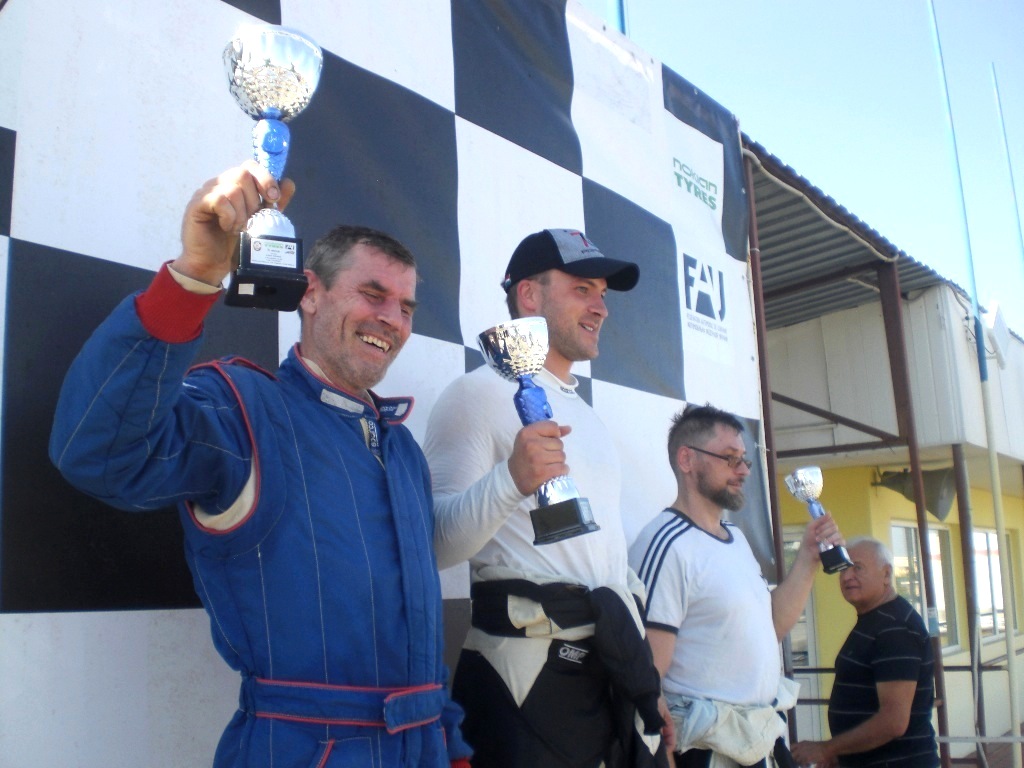 At the time of the clash in this confrontation, only the “bronze” of this standings was contested, but with the withdrawal of Volynts, in the end both duelists climbed to the podium of “Touring”, joining the winner in it Sergei Belyaev. But the most interesting thing in this story is not the cups at all. It would seem that after such an acute struggle with a collision and eloquent marks on the bodies of both cars, emotions after the finish could be heated, especially from Serov. And the veteran really, the first thing after leaving his sports seat and taking off his helmet went to his counterpart … to shake hands with Anton and thank him for the fight! At the same time, he told him that he had no complaints – it was just a sports fight! 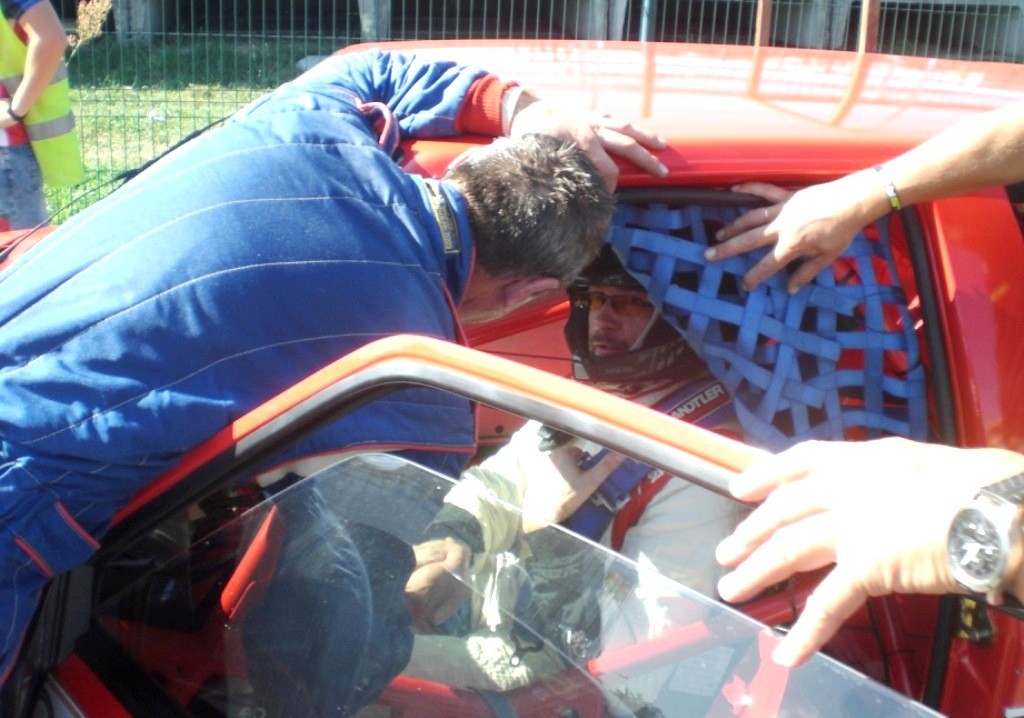 Probably, it is this behavior in modern terminology that is interpreted as “oldschool”, previously called nobility, and even earlier – gentlemen?! …

Photo by the author

the sixth generation comes to Europe with a single engine