Introducing the new product, the developers focused on integrated technologies designed to increase ride comfort and expand its multimedia capabilities.

The main feature of the cabin is a 38-inch curved display, which we could already see thanks to photo spies. The manufacturer calls it the largest in the industry, but if you dig deeper, then, in fact, the digital space in front of the driver consists of three OLED screens. They all have different diagonals and are responsible for their “functions”: the 7.2-inch displays data about the trip, the 14.2-inch plays the role of “tidy”, the largest 16.9-inch is responsible for multimedia and navigation. Climate control is displayed on a separate panel.

But these are not all the screens that are in the cabin – a couple of 12.6-inch ones are at the disposal of rear-row passengers, though they are optional.

Another Escalade innovation is the new on-board acoustics, in the creation of which AKG took part. It consists of 36 speakers and 3 amplifiers. All this provides a clean, rich sound. The system is able to adjust the volume, and help passengers of different rows talk to each other using the built-in microphones. But that is not all. She is able to play the role of an assistant to the driver, informing him of turns and other traffic situations. Such a system is also an option, the database provides a modest version with 19 speakers. 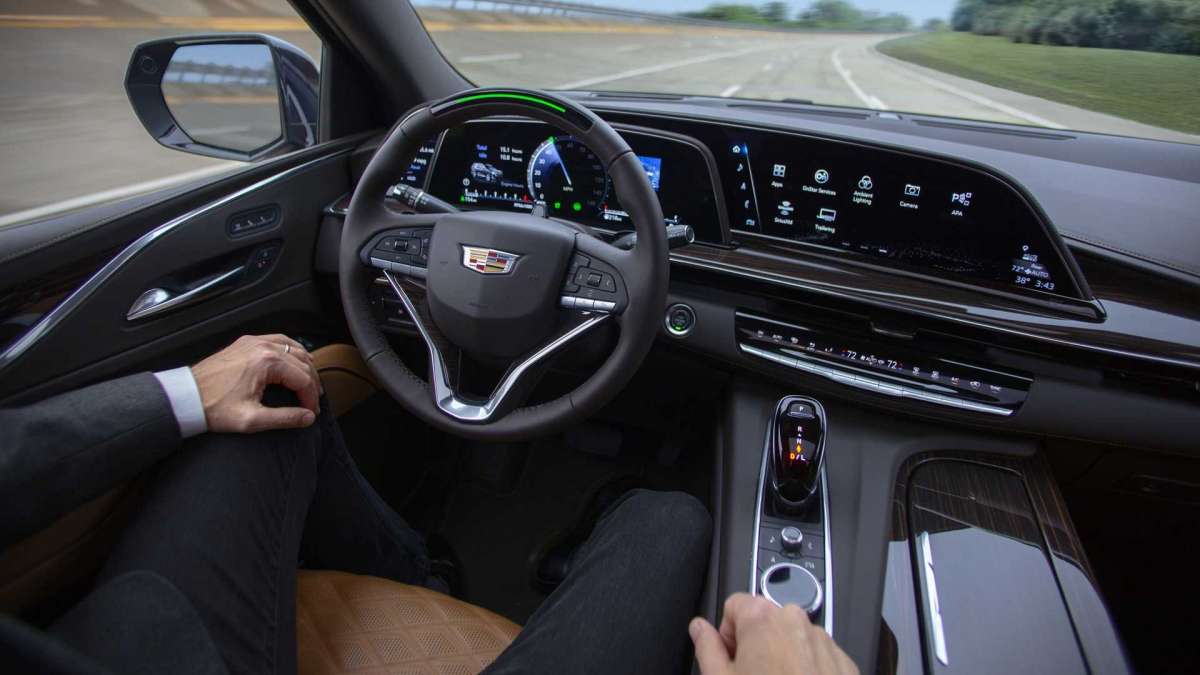 The innovations include the previously announced “autopilot” of the new generation – the SuperCruise system. Interacting with radars, lidars and GPS, it allows the car not only to drive in a straight line, but also to rebuild, changing the lane, but this will still require driver intervention. He should give the electronics a command by simply turning on the turn signal.

As for the dimensions, then with the change of generations, the SUV has noticeably grown. The legroom of the passengers of the third row of the herd is 40% more than before, and the trunk added 68% – up to 722 liters. 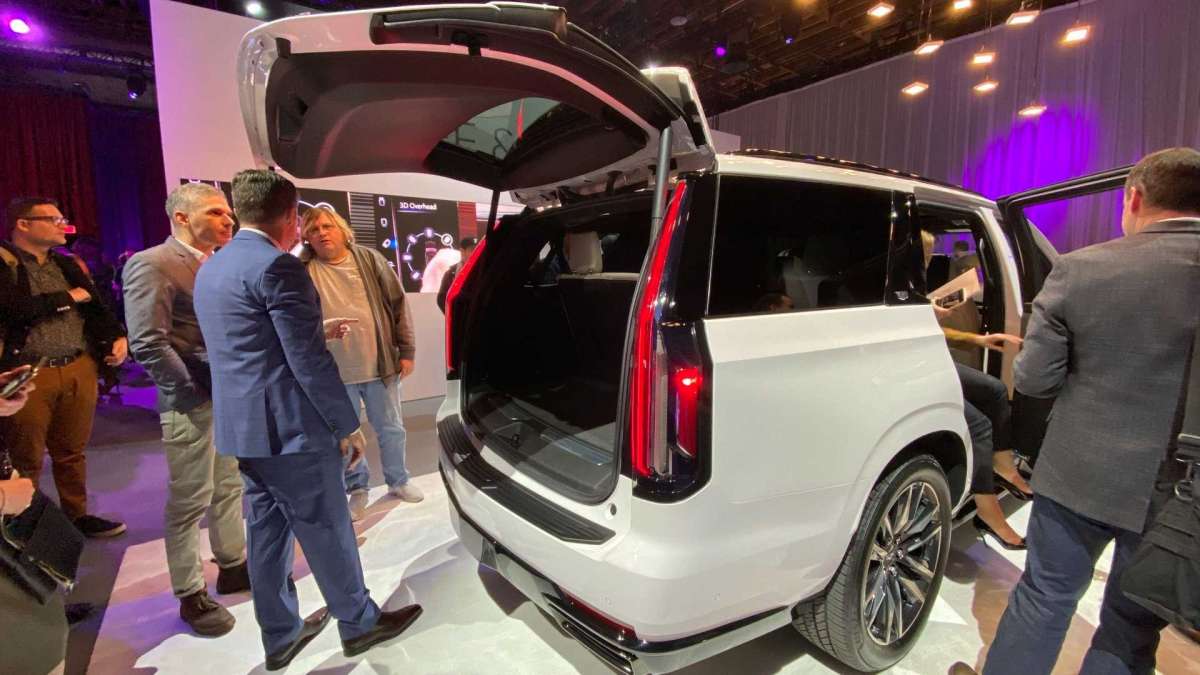 The new Cadillac Escalade received 22-inch wheels and an independent rear suspension. With the change of generations, the SUV received an optional air suspension that can adjust the ground clearance automatically or on demand. For a surcharge, you can install a rear locking differential controlled by electronics. 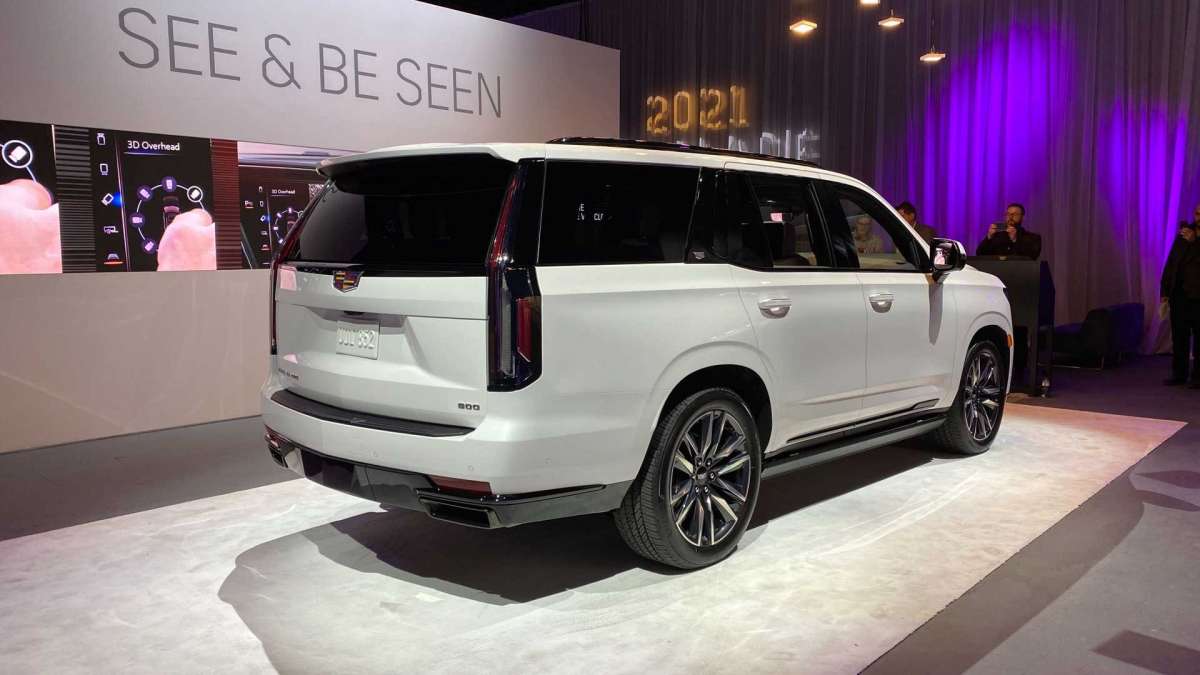 In the engine range, the previous engine remained, which is declared as new. This is a 6.2-liter 420-horsepower engine. In addition, the diesel version first appeared – the Duramax inline six capable of developing 280 horses. The torque is 623 Nm. A pair of motors provides a 10-speed automatic transmission and an optional all-wheel drive system.

In the US, sales of new items will start this summer.

Four-wheel drive and a huge power reserve: Subaru talked about its electric crossover

Hyundai and Kia will send over 600 thousand cars for repair