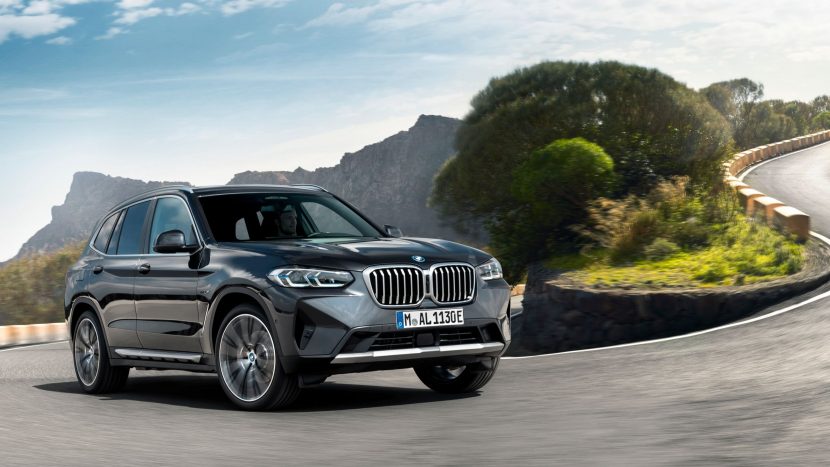 The middle-class Bavarian SUVs have received new design and improved equipment. Here are the changes that the BMW X3 and X4 facelift 2021 bring.

Models X3 and X4 have entered the second part of the life cycle. It’s a good opportunity for a consistent facelift. The first changes are noticeable on the outside, where the front and back areas have been retouched. The grille is new, has a more pronounced three-dimensional effect, and the headlights are now 1 cm narrower. In the case of the X4, the “kidneys” have a custom design (see the photo gallery at the end of the article). 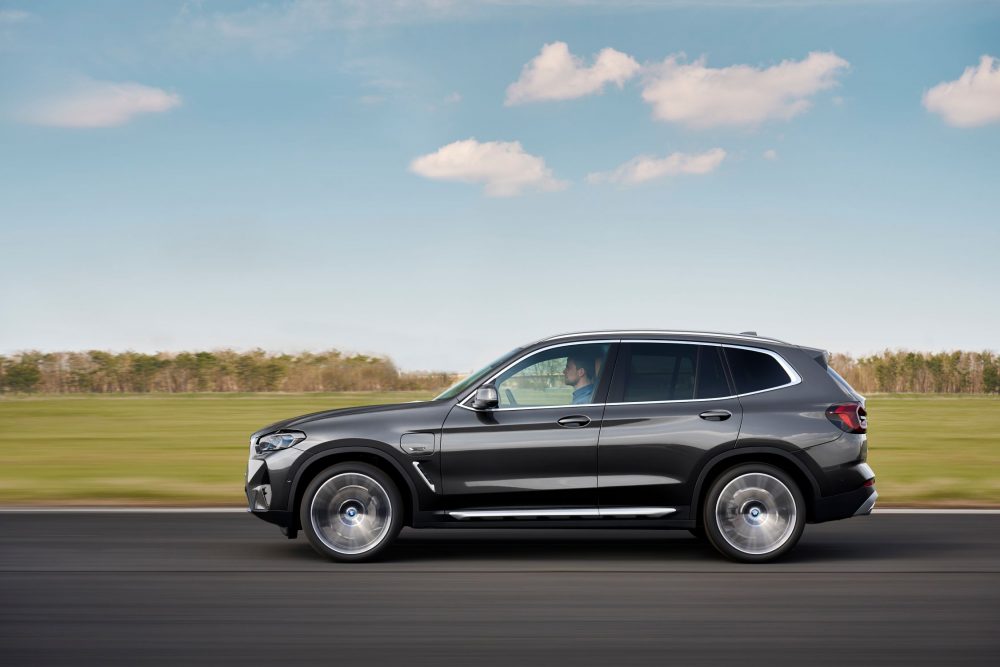 Full-LED technology comes standard. If you opt for Matrix LED headlights, the functions of the fog lights are taken over by the diodes in the headlights. You can also find in the offer the long laser phase, which illuminates 650 m in front of the car. The bumper also received a simpler design with straight surfaces and sharp edges. 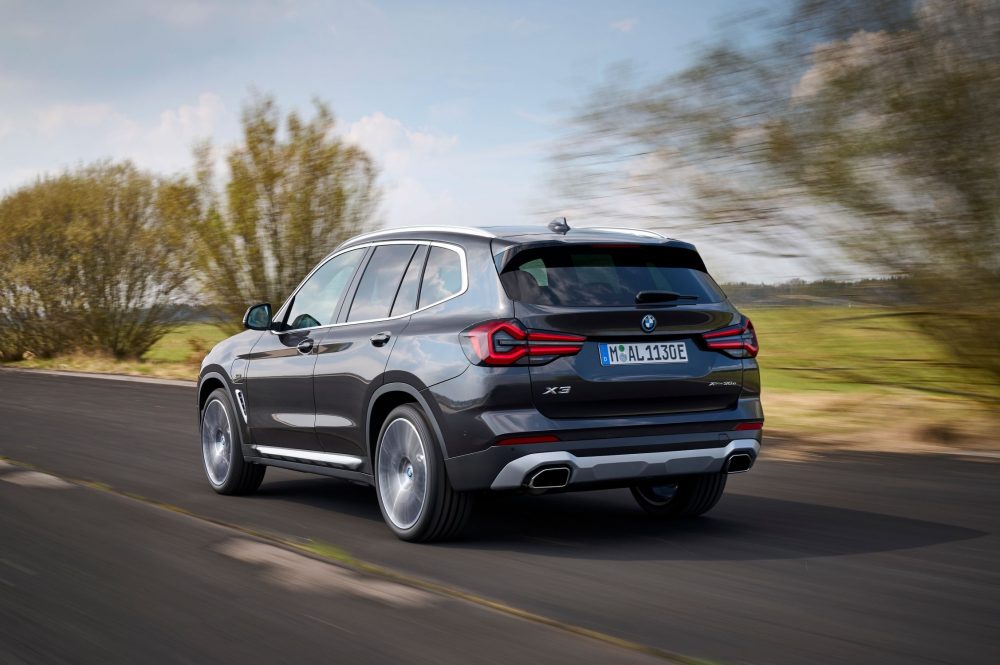 At the rear, the taillights are now surrounded by a black area and have a new light signature. In the case of the X4, the rear bumper “copies” the shape of the front. Wheels up to 21 inches in diameter can be ordered. New body shades are available. The X3 features metallic Brooklyn Gray and Tanzanite Blue II, and the X4 features metallic Piermont Red.

All the styling and protection elements in the lower part of the body, which until now were available on the X-Line version, are now standard.

And the interior was treated with the same care. In the standard equipment appeared the central screen of 10.25 inches, but you can also opt for the 12.3 inches. The already well-known 12.3-inch digital instrumentation comes standard on the X4 and optionally on the X3. The center console is borrowed from the 4 Series. And the gear lever is new, similar to the 3 and 4 Series. 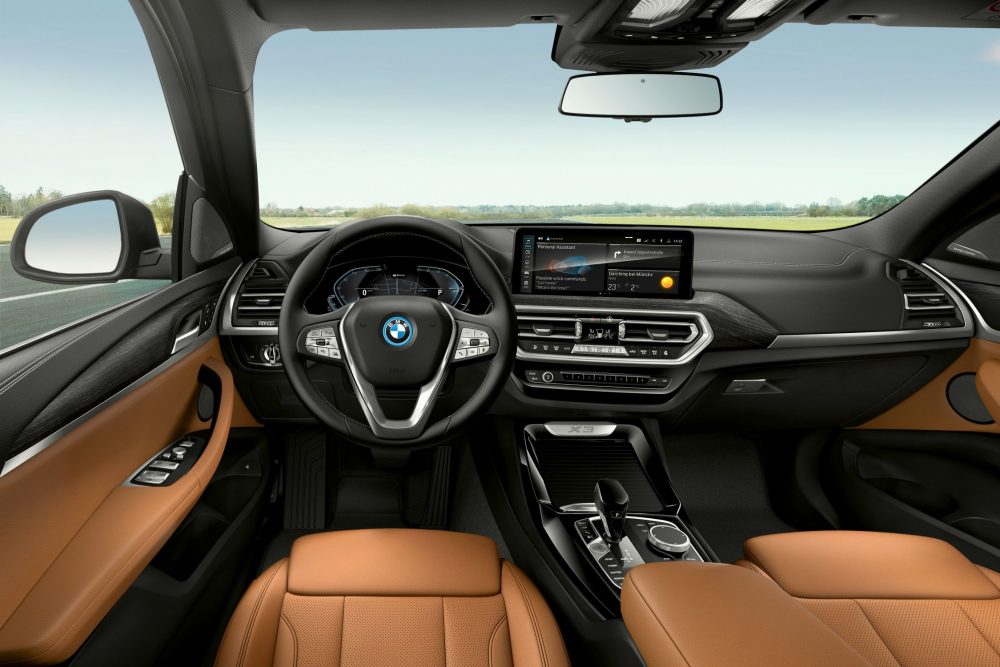 The basic equipment includes sports seats with new generation Sensatec perforated upholstery, as well as automatic air conditioning with 3 zones. Very important – the complexity of the machine configuration process has been reduced by 30%, to make the customer’s job easier.

The whole range of engines is now electrified, whether we are talking about plug-in hybrid or mild-hybrid. Mild-hybrid systems benefit from 48V technology and have an electric motor (starter-generator) of 11 hp. The offer includes three diesel engines, three petrol and a hybrid plug-in, with powers between 184 and 360 hp and capacities of 2.0 l (4 in line) and 3.0 l (6 in line), respectively. All are standard coupled to 8-speed Steptronic automatic gearboxes. 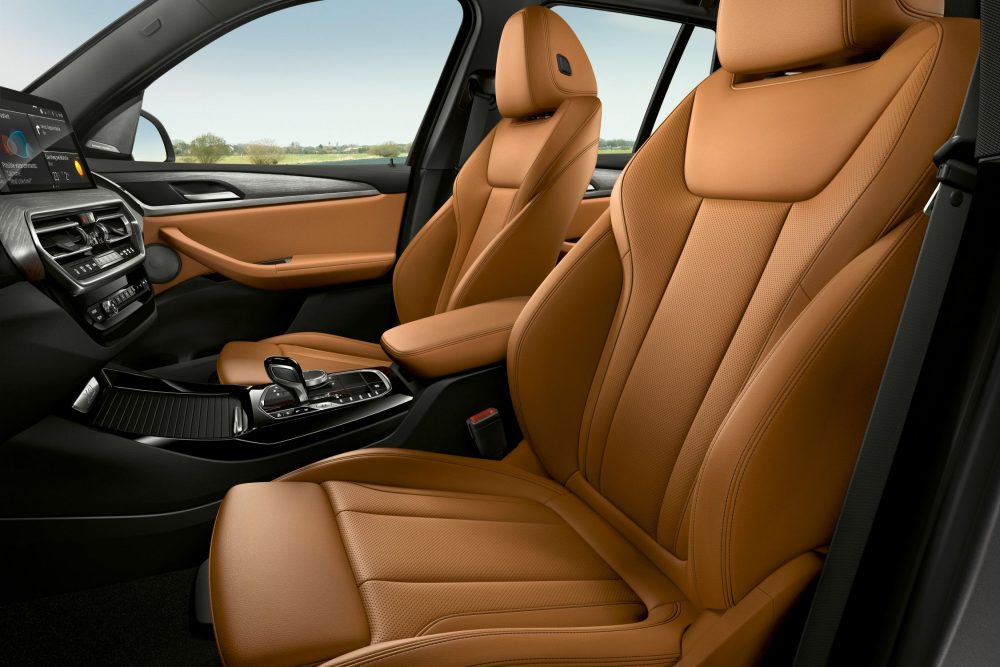 The plug-in hybrid develops 292 hp and, for short periods, receives a boost of 41 hp from the electric motor. The Li-ion battery ensures a range of up to 50 km.

➡ Read the test with the current X3 xDrive30e here

The new X3 appears in the photos above. Below you can find the photo gallery of the X4 M40i:

The appearance of the new Volkswagen ID6 has become known