With the onset of the second decade of the 2000s, many automotive brands undertook to take stock of the past year, and BMW was no exception. Well, how could you not tell about your results when the company managed to furnish even Tesla electric cars in Germany, having doubled their performance.

As usual, the purpose of the presentation is to show the high positions of the brand, but the infographic contains some more interesting facts and, in fact, they will be discussed. The first thing worth noting is that BMW electric trains filled 21% of the market for all rechargeable cars in Germany, while Tesla was able to gain only 10%, and Volkswagen, Mercedes-Benz and Renault even less – 9% each. 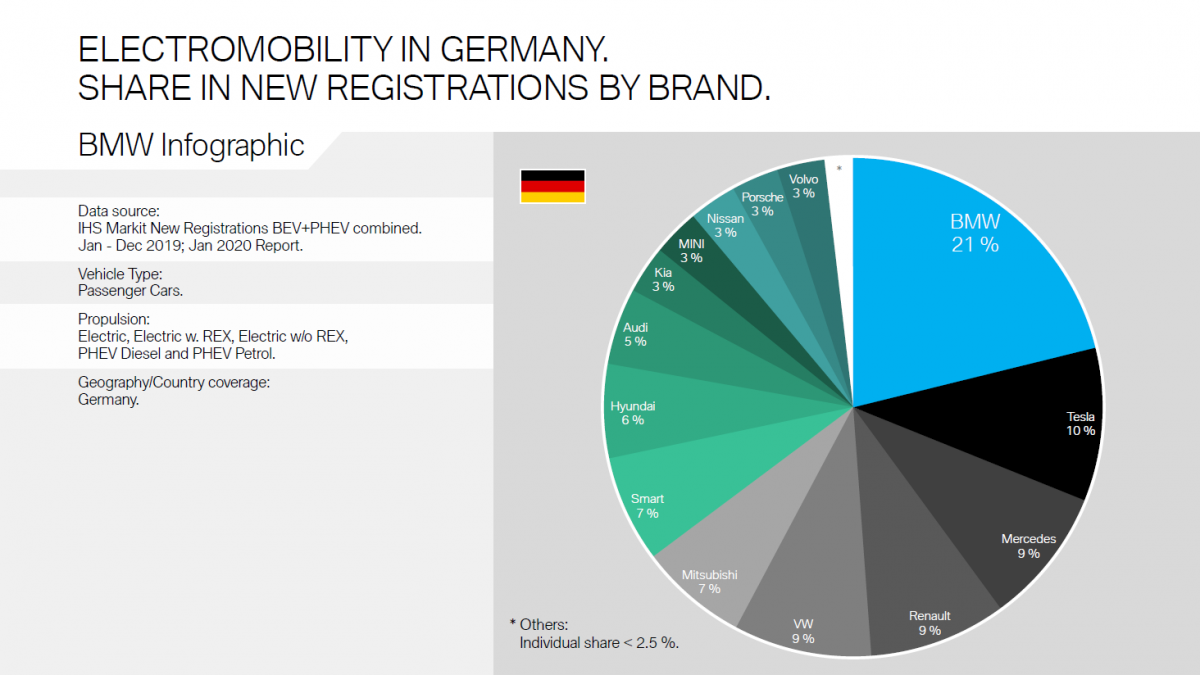 Speaking about the European Union as a whole, Tesla naturally dominates there, with an indicator of 20%, while BMW has only 11%. Renault took the third position with its 8%, and Volkswagen took the fourth place – 7%. Four automakers shared the fifth place at once: companies such as Hyundai, Mitsubishi, Nissan and Volvo finished the year with an indicator of 6%. 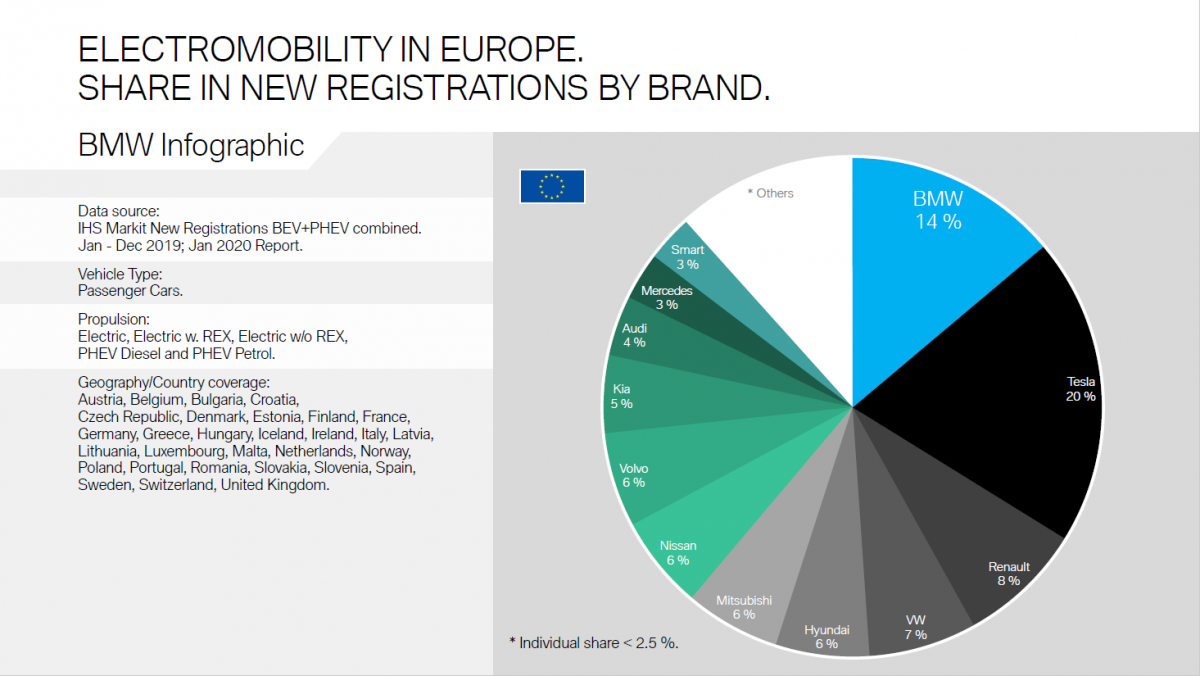 In general, the Bavarians went even further, showing the position of automotive leaders in the global green car market, where BMW managed to take third place with a 7% rate. The first place is confidently taken by Tesla with the same 20%, but silver goes to Chinese BYD. 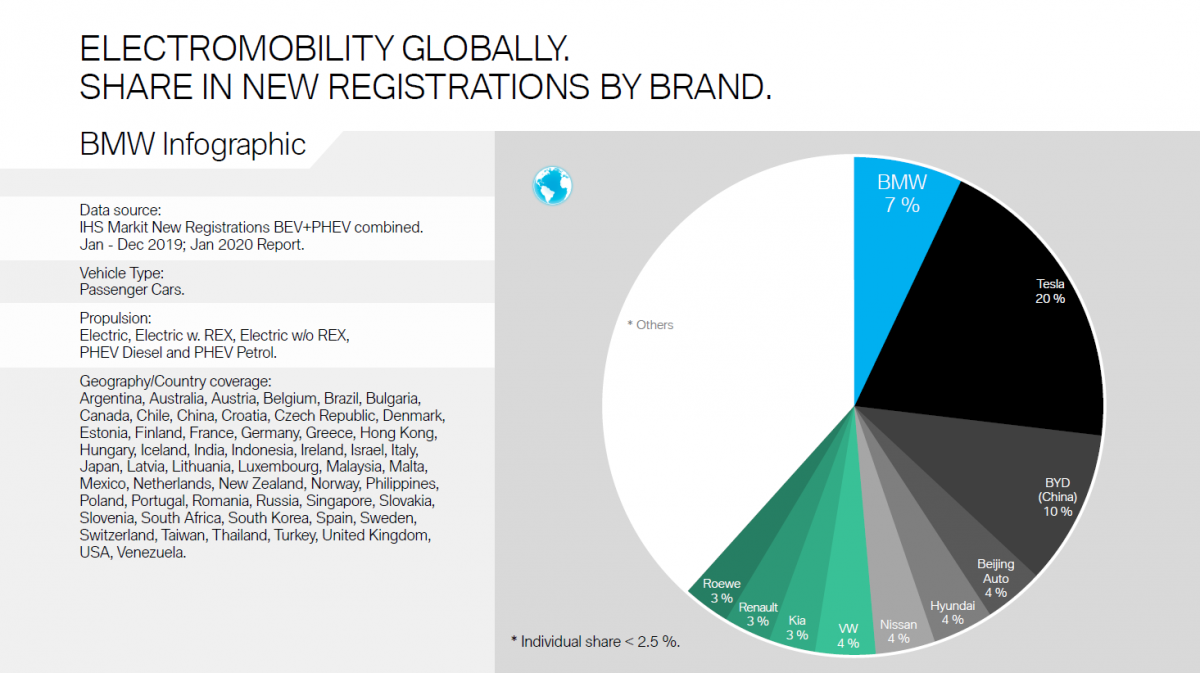 However, BMW decided not to stop there and compared the sales of i3 with other world market leaders. The last figure clearly shows how the Bavarians famously tacked with facts. Showing that they are clearly inferior in sales to the same Nissan Leaf and Renault ZOE, they focused on the fact that both of these cars are representatives of the mass segment, and their electric car is a purebred premium. 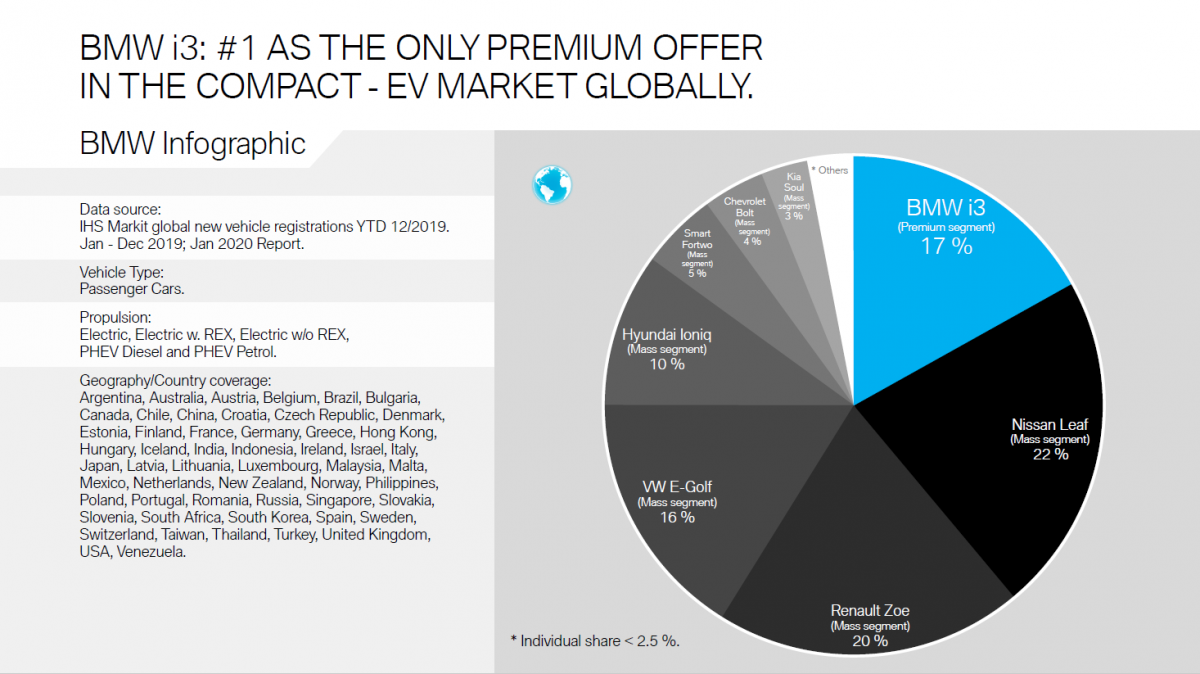 Dealers predict a drop in sales

Dealers predict a drop in sales

The British introduced a unique engine

It promises the best profit margin