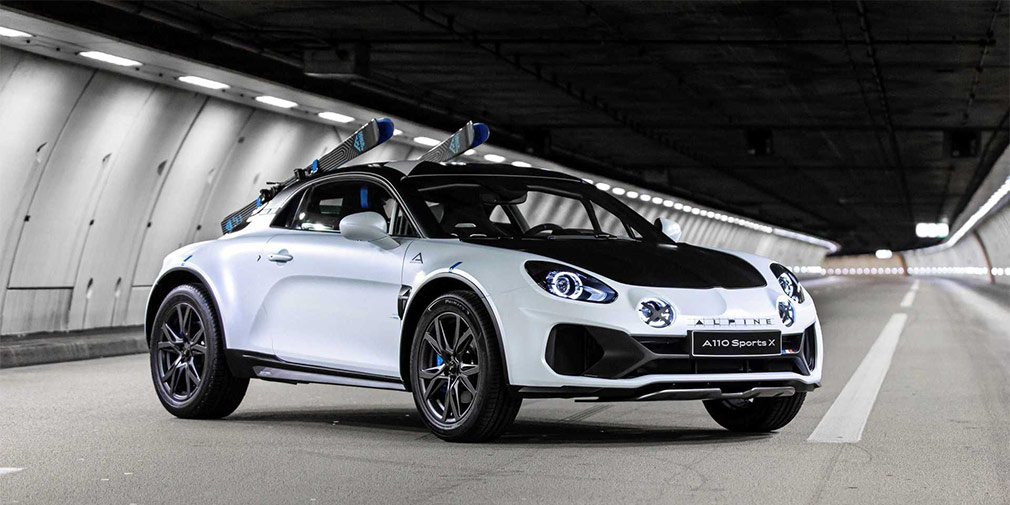 The revived French brand Alpine introduced the concept version of the A110 sports coupe, which was dedicated to the original rally car half a century ago

The revived French brand Alpine (owned by Renault) presented a conceptual version of the A110 sports coupe, which was prepared for fast off-road driving. The car was dedicated to the original A110, which dominated rally competitions in the late 60s and early 70s.

The concept car Alpine A110 SportX received a modernized suspension increased by 60 mm ground clearance, large wheels and extended arches. The track size has grown by 80 millimeters. On the rear of the body mounted mounts for transporting skis.

The power unit has not undergone changes. The experimental Alpine A110 SportX is equipped with a 1.8-liter four-cylinder supercharged engine developing 252 hp. and 320 Nm of torque. The engine is paired with a seven-speed robotic gearbox. A standard coupe is capable of accelerating to “hundreds” in 4.5 seconds, and its maximum speed is constrained by a constraint at around 250 km per hour.