Opel Grandland X – and this will revive the brand? 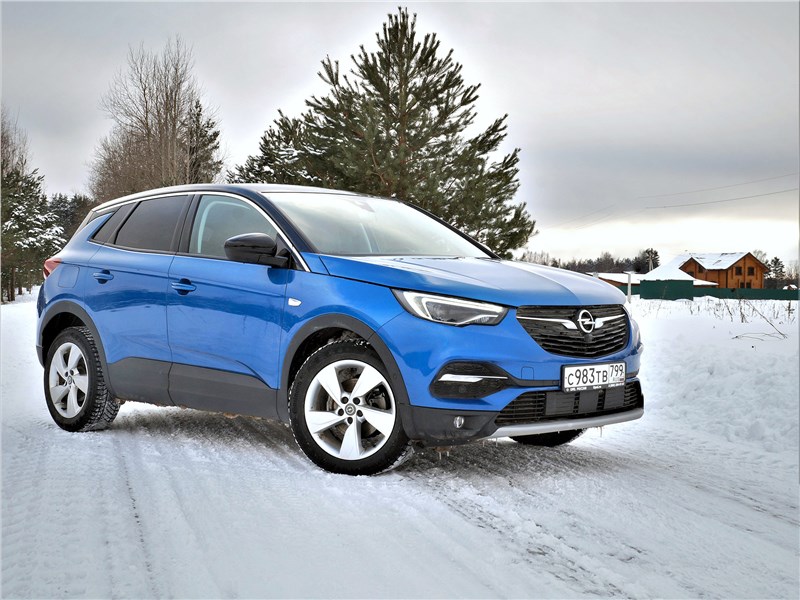 Contrary to the opinion of skeptics, well-known car brands are not only leaving the Russian market, but also returning to it. Now we are witnessing the second “coming” of the German “Opel”. Only now it is furnished somehow modestly, and on the roads “newcomers” are practically invisible – despite the fact that there are more than enough “oldies”. The brand had a well-deserved popularity, and the expectation of success on its return was obvious. But…

On the street, I recognized the Grandland X crossover from afar. From the first, well, maybe from the second glance, I determined that this particular bright blue car with a contrasting black roof was going to meet me. How did you know? Only for details. Their combination gives the model originality, although in general the body is stylized as possible in the spirit of the times. That is, he looks like all his classmates at once, like everyone else – like him. Even with the “Chinese” there are similarities.

Similar and not similar

So, if we consider only the entourage, the Grandland X model does not offer anything specifically “opel” or German. Crossover as a crossover. In the interior of the familiar from other “Opel” elements more, and I immediately notice them. The outdoor light switch remained the same. The instrument cluster has retained its design with two large dials of the main instruments and two smaller indicators – fuel level and coolant temperature – in the middle at the top. Perhaps the devices have become a little larger and clearer than they were, for example, in the Opel Mokka crossover. But the “arrow” character has remained, there is no computer graphics at all. Reasonable conservatism or economy?

The same question arises when looking at the various buttons and keys for the interior equipment and the indications on them. Is that where, as in the case of the Mokka, to look for the steering wheel heating button? There, I wanted to turn off the heating as soon as possible, since that crossover had been on the Motorpage test on a thaw day. And now it would be nice to turn it on, on the contrary, since the weather is frosty. In the end, I find a round button, for some reason wedged in among the cruise control controls.

It is easier to set the “heat” to the seats, the corresponding keys are easier to find, but the red lights of the degree of heating are like poppy dewdrops. But the crossover, being in the “middle hand” price plan, also offers ventilation of the front seats. It was necessary to check its effectiveness and compare it with heating, which, unfortunately, did not please with special “fervor”. The steering wheel is also not “hot”, but warmed up better.

If the instrument panel in “Grandland X” is unconditionally “opelevskaya”, and the general style of the interior is averagely cosmopolitan, like the body, then the French have clearly worked on the indication on the LCD central display. The design of the icons on the Citroen C4 Aircross is very similar: the screen has at least 10 inches diagonally, and the pictures on it are small, small. Again, there is an impression of some kind of excessive economy, despite the fact that the French have always been considered the most stingy nation in Europe, where the Germans go. How can I explain to them that this is not a trend today? Give the modern buyer brightness, catchiness, design delights.

But in terms of landing, behind the wheel of the Grandland X is a typical “German”. The chair is firm, the lateral support rollers on both the pillow and the back are unambiguously rigid. The memory buttons for the driver’s seat settings are not very conveniently located, but electric adjustments are available – this is a plus. And the retractable front part of the pillow, reminiscent of premium Audi – a double plus. But the lack of electrical settings for the passenger seat is a minus.

The surrounding driver’s seat is low, sporty. The steering wheel is conveniently adjustable. The dashboard design, close to the passenger one, also tunes in to drive. And literally from the first meters of the test trip you understand: something, but the drive “Opel” brought us. Didn’t stint.

I’ll run a little ahead. How do we, consumers, generally evaluate cars, which of their qualities are more important to us, outweigh all the others? For example, my old acquaintance, barely learning from me that the new Opel is very dynamic and sporty, asks the question: “Tears off the ground?” Friend, what are you talking about? It does not tear, but presses to the ground! That is why the dynamics are felt so well: a 1.6-liter turbo engine with 150 horsepower is paired with a perfectly tuned chassis, and the chassis matches the engine power. How many cases have happened when it was necessary in their descriptions to delicately leave the story of such a correspondence (or rather, a discrepancy): the motor seemed excessively powerful. Conversely, some models clearly deserved more “horses”, and the manufacturer for some reason skimped on them. And sometimes the number of “horses” did not correspond to itself: somewhere it turned out that there were only one hundred and fifty, and somewhere – as much as one hundred and fifty.

Grandland X has a complete correspondence. The car has a rigid “autobahn” chassis and perfectly feels and behaves on the track. It is convenient to “fit” into a rapidly rushing stream (acceleration from zero to hundreds takes 9.5 seconds), and maintain a high and very high speed. He turns you on and charges you with his energy. In principle, you don’t even expect it, as well as a similar adjustment of the “hodovka”. Usually, crossovers deserve laudatory epithets for the track only with a certain stretch. There is no stretch here. Even in terms of the layout, the body style of the Grandland X seems to be a little bit wrong with the niche. As in a crossover, a certain margin of height, “air” above the driver’s head, is felt in it. Usually this margin creates a kind of speculative aerodynamic drag. In the test “Opel” he did not create anything. While driving, he wanted to devour and devour kilometers, not knowing fatigue.

The 1.6-liter petrol turbo engine with 150 hp demonstrated relative efficiency. On the highway, at speeds slightly outside the official limit, the Opel Grandland X consumed about 10 liters per 100 km. When driving for a long time at a speed of 110 km / h, the consumption decreased to 8 liters, at 80-90 km / h – to 7 liters. And after fifty kilometers on a “cruise” with a fixed speed of 120 km / h, the result was simply fantastic: 6.4 liters per hundred! The discrepancy between the readings of the speedometer and the data of the GPS-navigator is 3-4 km / h (this is how much the speedometer overestimates the “space” speed).

I experienced something similar when I tested the Toyota C-HR. I called that model a competitor to myself, since it had no obvious rivals in the Russian automotive market. But now the competitor is obvious: it is the Opel Grandland X. Let it be somewhat larger, albeit not so bright in terms of design. If you dig deeper, it is also tougher, the Japanese woman lacks this a little, and the German is just right.

Of course, in comparison with sports-minded models, there are drawbacks. A certain lateral instability is felt – but this is not roll or softness. If it’s soft, then tires that actually have only a 55 profile, but with a width of 225. The rim diameter is 18 inches for all versions, but the Motorpage test has a top-end one, the “younger” tires have a higher profile , 65 percent. The chassis of the model deserves more sporty tires.

And the wheels too. The current ones are massive, not only in appearance, and apparently by weight. The design was created for a crossover, but actually went to a station wagon. I think a sophisticated driver will find a way to decorate the car with beautiful, larger-diameter wheels that are light in appearance. For example, with stylized knitting needles.

With a relatively low lateral stability, “Grandland X” is not sensitive to asphalt ruts. Even noticeable and deep. On the highway, I see how the drivers of other cars avoid this misfortune in every possible way, and Opel allows me to simply ignore it. I wonder where he was trained like that? On the autobahns of Germany, the tracks are practically not found, and on the polygons they are not imitated. Moreover, as it was possible to find out from available sources, the chassis of the car is not German at all, but most that neither is French: the front and rear suspension assemblies are borrowed from the Peugeot 3008 crossover. However, I remember his test – and nothing similar in terms of behavior to the track does not come to mind. I am sure that it was not without German settings and fine-tuning.

I use the opportunity to “twist the nickels” on the snowy area. However, something does not come out of “pyatakov”, at best – the pancakes are somehow shapeless. When “gas” is added, the car tries to slip out of the circle, but the stabilization system cuts off the traction, the turning radius sharply narrows, and an oval emerges instead of the circle. If the system is turned off, and this function is not hidden somewhere deep in the menu, but is displayed on the driving mode selector, the car simply opens up and flies off into the distance across the site. Not particularly athletic behavior.

Is the thrust selected correctly?

What about the modes? If you swap them? After all, there is “Snow” and “Dirt” and “Sand”. The same IntelliGrip system was installed on Peugeot Partner Tepee and Citroen Berlingo heels, but I never tested them. Well, good luck, I’ll try on the Opel. I choose “Snow” – and I see the words on the on-board computer screen: “The thrust is chosen correctly.” Wow, the system monitors the coverage under the wheels, but how? And, probably, in terms of the ambient temperature, now it’s about -5 overboard, which means it’s like snow. However – nothing of the kind: on the snow I switch to the “Sand” mode and again I see that the thrust is selected correctly.

The 1.6-liter 150-horsepower turbo engine “Opel Grandland X”, according to the characteristics, has a high-speed “character”. In practice, this is not entirely true. With a sharp acceleration, the machine changes gear to a higher one upon reaching 4000 rpm, and it seems that it is too early, you can also “twist” the crankshaft. However, in manual mode, you notice that the torque above this value practically does not increase, and when accelerating from the bottom, it feels like it reaches its maximum at 2800-3000 rpm. 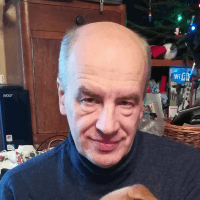 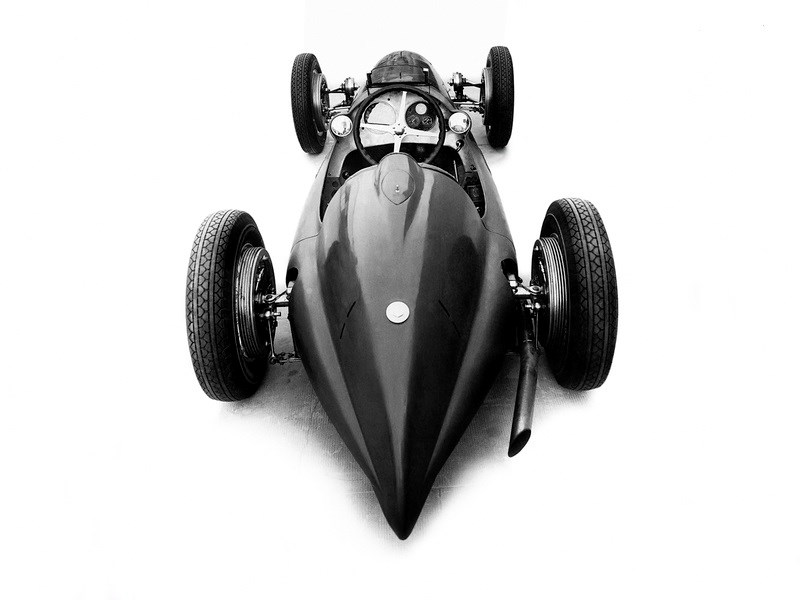 Turning the Mazda MX-5 into a sports car
five Mar 2021 Photo by: manufacturer Bored of your
00 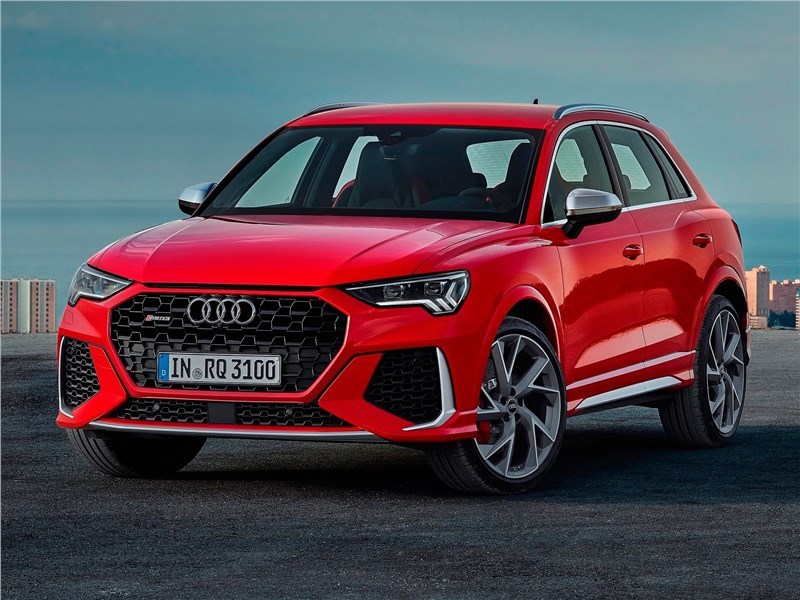 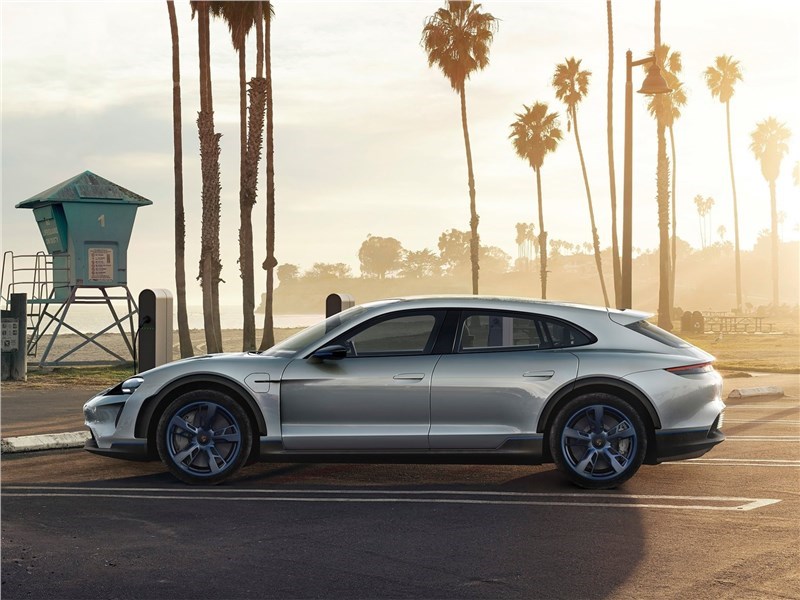 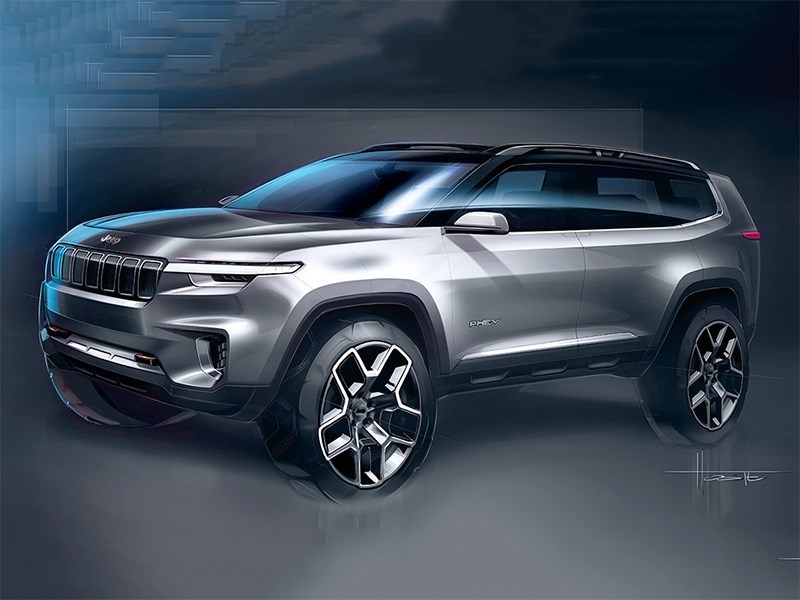 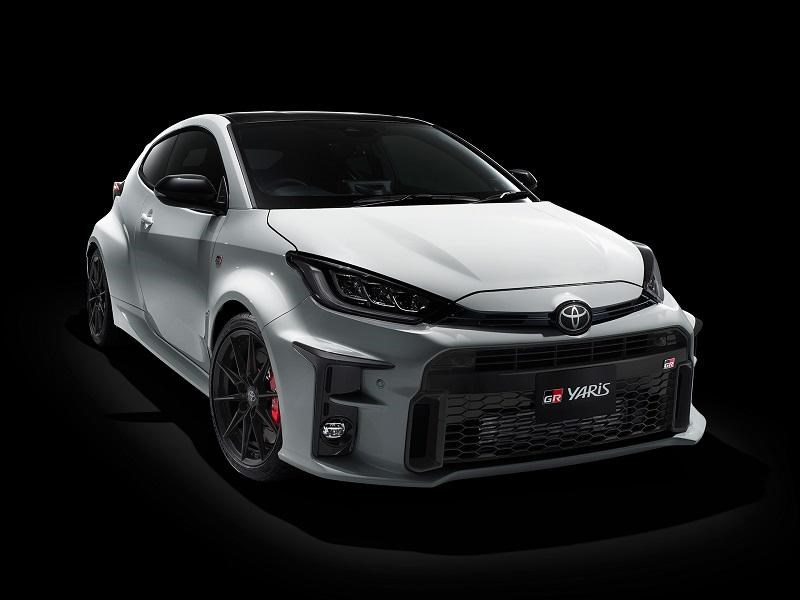 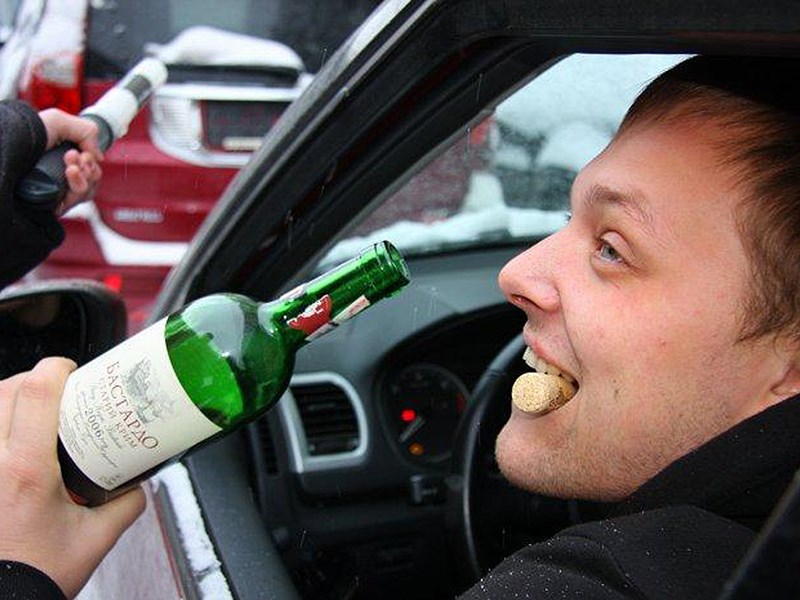 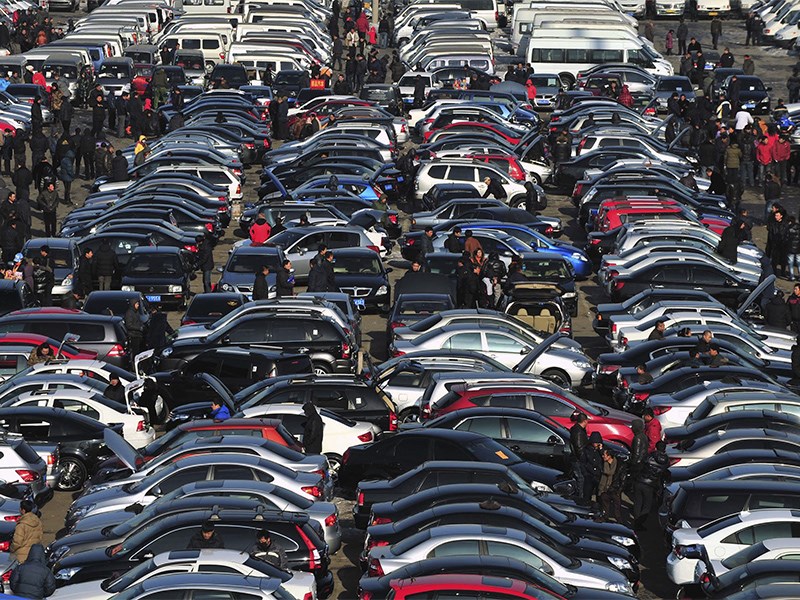 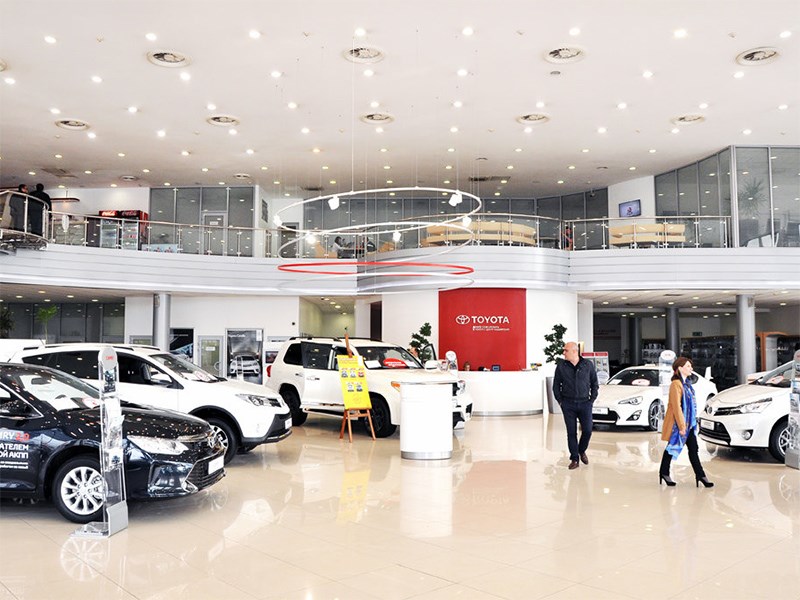